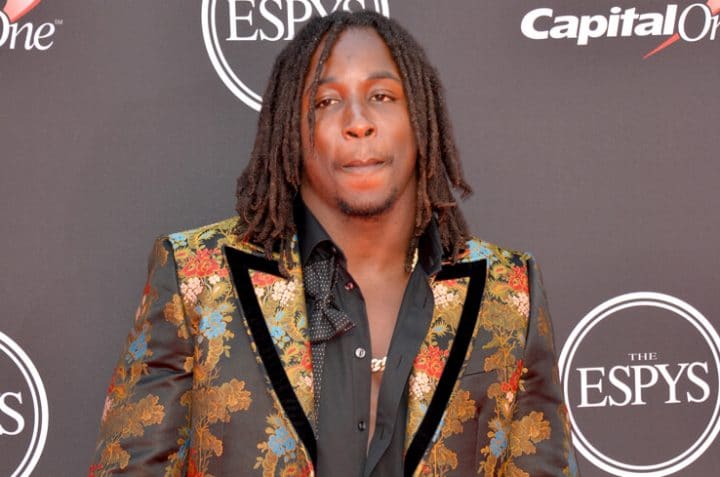 There are countless layers to the Kareem Hunt story that has captured headlines nonstop since TMZ obtained video of the Kansas City Chiefs running back shoving and kicking a woman in a Cleveland hotel in February.

The ever-present subject of violence inflicted by men upon women is the first layer. Then there are the responses of the Chiefs and the NFL and questions about what they knew and when they knew it (and whether they made a good-faith effort to know more). There are questions of privilege and protecting star athletes, of whether the NFL learned anything at all from the 2014 Ray Rice incident, of the legal price Hunt will or won’t pay, of whether Hunt’s NFL career is over at age 23.

Those subjects are all important, to varying degrees, and should have been at the forefront of people’s minds.

So it’s a little disturbing that so many people on social media couldn’t wait more than 15 seconds after seeing the video, or just reading the headline, to make this story about themselves and their fantasy football teams.

It’s not surprising; if you play season-long fantasy or daily fantasy or take sports betting seriously, it’s natural for the self-serving thought to pass through your mind. That’s part of how humans are wired and a simple reality of how we’ve allowed fantasy to enter our bloodstream.

Still, there was a lot of conversation like this happening out in the open within moments:

Better claim his backup before it's too late

A woman got physically assaulted, the NFL had some degree of knowledge about it, and your reaction is “Kareem Hunt screwed my fantasy team” or “I need to hit the waiver wire”?

Then there’s this approach:

No jokes about Kareem Hunt.

He’s on my fantasy football team. I’m in first place in my league. Without him I’ll lose games and money.

But I dropped him. This is about doing what’s right.@nfl, @Chiefs, your move. pic.twitter.com/HPsUubx3MF

It’s a tricky balancing act, claiming the moral high ground, making a public show of your standing atop what sports media personality Dave Dameshek calls “Mt. Pious,” and then humblebragging about being in first place in your fantasy league.

Now imagine the non-gambler checking Facebook or Twitter last Friday afternoon, seeing his or her feed fill with fantasy football ramblings immediately after a video surfaced of an NFL player attacking a woman. It would be almost impossible not to draw the conclusion that fantasy and sports betting are obsessions, and it’s not a long hike in anyone’s mind from obsession to compulsion.

And make no mistake: Fantasy sports is a form of sports gambling, if there’s money involved. It’s a partial skill game, certainly. But even the big DFS companies aren’t trying to claim it’s not gambling anymore.

If fantasy equals gambling, and these gamblers can’t consider the human side of an incident for even a brief moment, then it’s natural to wonder if there’s something unhealthy about how pervasive these forms of gambling have become within our culture.

The role of the leagues

It’s also natural to wonder if the pro sports leagues are promoting this reaction. The leagues are all-in on fantasy sports, and more recently, sports betting, because these activities drive sports viewership and increase leagues’ and teams’ bottom lines.

This isn’t the time or place to dive deep on whether capitalism is or isn’t a good thing, whether Gordon Gekko’s stance on greed was the right one. But it’s undeniable that a desire to make money has fueled the leagues’ position on fantasy sports and gambling all along. And it’s similarly undeniable that some combination of friendly competitiveness and basic financial greed motivates sports gamblers and fantasy enthusiasts.

Nobody is a bad person for wanting to win their fantasy league, take down a GPP, or cash a small bet on an NFL point spread. And tweeting about those things after a TMZ video comes out doesn’t make you a bad person either.

But it does suggest your priorities are a tad out of whack. When fantasy trumps reality, it sends a bad message about what a person’s reality has become.