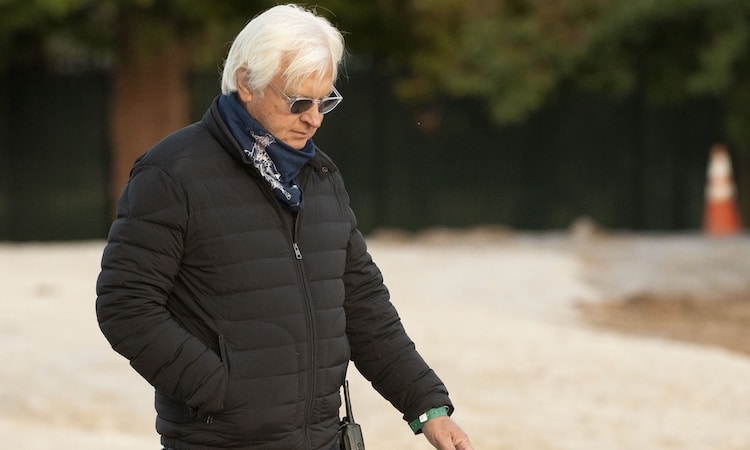 After the Kentucky Horse Racing Commission (KHRC) on March 4 denied Baffert’s request to stay his suspension while it was under appeal, the matter was contested in court during a hearing in front of Wingate March 17, which led to the ruling Monday. But in his conclusion, Wingate said the suspension will be stayed until April 4, which will allow Baffert to “seek emergency relief with the Kentucky Court of Appeals and take any necessary action to comply with the ramifications of the penalties imposed.”

Stewards disqualified Medina Spirit from the 2021 Kentucky Derby for the presence of the corticosteroid betamethasone in his system and issued Baffert’s suspension on Feb. 21. The suspension was supposed to begin March 8. KHRC Executive Director Marc Guilfoil denied Baffert’s first request for a stay Feb. 25, and commission members followed with a 10-0 vote to deny a stay on March 4.

Decision unusual, but within statutory guidelines

In his ruling Monday, Wingate acknowledged the unusual nature of the KHRC’s decision to deny Baffert a stay of his suspension during the appeal process but found the KHRC was not in violation of a Kentucky statute that allows stay requests to be denied.

“The Court and the parties are unaware of KRS 230.320(2)(f) ever being exercised. There is a general consensus that the Executive Director and/or the KHRC have never denied a request for a stay for a violation,” Wingate wrote. “Despite this fact, the Court finds that requests for stays must be evaluated on a case-by-case basis. Accordingly, the Court cannot adopt a blanket rule that all requests for stays must be [automatically] granted. In fact, said rule would violate the intent of KRS 230.320(2).

“The statute’s existence and language openly suggest that a request for a stay should be evaluated on a case-by-case basis. Otherwise, logically, the General Assembly would have written the statute to provide for an automatic stay and would not have prescribed numerous avenues to appeal the denial of a stay.”

One of Baffert’s attorneys, Clark Brewster, said in a statement, “We are disappointed with the decision,” but he also said the Baffert legal team intends “to immediately appeal to the Kentucky Court of Appeals.”

Along with the appeal in court addressing the stay of suspension, the appeal process of the suspension through the KHRC will first be presented to a hearing officer in mid-April.

What will the CHRB do?

States with horse racing regularly honor suspensions from other jurisdictions, so if the KHRC suspension is not stayed and begins April 4, it also brings into question a part of the California Horse Racing Board’s Rule 1843.3, which could essentially force Baffert to disband his barn, based in California, during the suspension.

The rule states that, for suspensions of 60 days or more, “during the period of suspension, such trainer shall forfeit all assigned stall space and shall remove from the inclosures all signage, colors, advertisements, training-related equipment, tack, office equipment, and any other property.”

However, when asked to clarify the CHRB’s rule, and whether it applies to honored suspensions from other jurisdictions, a CHRB spokesman said the regulatory agency has been “considering this issue for some time and [has] yet to announce a decision.”

The legal battles over the KHRC suspension are just part of a saga related to Medina Spirit’s positive test for betamethasone from the Kentucky Derby, a race in which the horse crossed the wire first, as well as other Baffert-related drug violations. The trainer also has a pending lawsuit against Churchill Downs Inc. that seeks to overturn the company’s two-year ban of the trainer, and a New York Racing Association disciplinary process for Baffert, which had hearings in January, has yet to be adjudicated.