Longshot victor will instead point to the Belmont Stakes 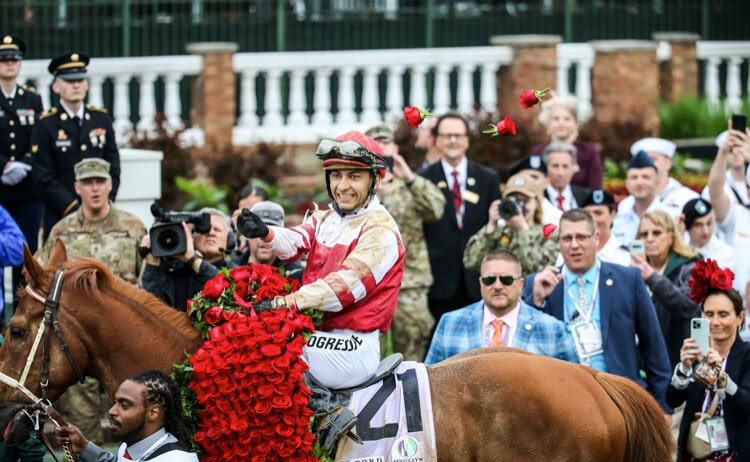 Just a day after Rich Strike’s trainer seemed to indicate that the horse would be heading to Baltimore soon, it’s been decided that the longshot winner of last Saturday’s Kentucky Derby will not run in the May 21 Preakness Stakes, depriving horse bettors of the opportunity to wager on a prospective Triple Crown winner this year.

“Our original plan for Rich Strike was contingent on the Kentucky Derby,” the horse’s owner, Rick Dawson, said in a statement issued Thursday. “Should we not run in the Derby, we would point toward the Preakness; should we run in the Derby, subject to the race outcome and the condition of our horse, we would give him more recovery time and rest and run in the Belmont, or another race and stay on course to run with five or six weeks’ rest between races.

“Obviously, with our tremendous effort and win in the Derby, it’s very, very tempting to alter our course and run in the Preakness at Pimlico, which would be a great honor for all our group. However, after much discussion and consideration with my trainer Eric Reed and a few others, we are going to stay with our plan of what’s best for ‘Ritchie’ is what’s best for our group, and pass on running in the Preakness, and point toward the Belmont in approximately five weeks.”

Good for the horse, not for the sport

While Dawson’s decision may not be great for the sport, it’s probably what’s best for the horse. Whereas it used to be fairly common for elite thoroughbreds to run rigorous 2- and 3-year-old campaigns, they’re typically brought along a lot more slowly now, rarely running more than one race in the space of a month on the path to Churchill Downs. The Derby and the Preakness are contested just two weeks apart, with the June 11 Belmont Stakes — a mile-and-a-half marathon that Rich Strike is expected to compete in — hot on their heels.

Wow. Rich Strike owner says no Preakness for the Derby winner, they’ll aim for the Belmont. Good for the horse, real bad for Pimlico … no Triple Crown.

Had Rich Strike, who went off at 80/1 in the Derby, made the trip to Baltimore, he would have been unlikely to be favored, with Pimlico oddsmaker Keith Feustle telling The Daily Racing Form that he would have put the horse’s morning line odds to win the Preakness at 8/1 “or maybe even a touch higher.” But horses who’ve won the Derby as extreme longshots have typically finished in the money in the Preakness, with Charismatic (a 31/1 winner in the 1999 Derby), Mine That Bird (50/1 in 2009), and Giacomo (50/1 in 2005) finishing first, second, and third, respectively.

Now that Rich Strike is out of the race, Derby runner-up Epicenter will almost certainly be favored to win the Preakness, just as he was last Saturday in Louisville.