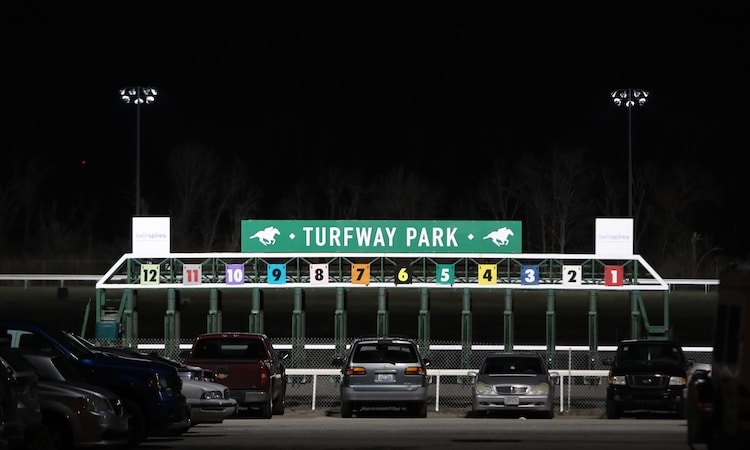 On the heels of a sports betting bill passing through the Kentucky House of Representatives last week, two more gambling-related bills cleared the chamber Monday.

“I’m certainly excited,” Koenig said of the bills that passed the House on Monday, along with HB 606, which passed Friday and could legalize sports betting, online poker, and daily fantasy sports, “but I’m busy working those bills in the Senate.”

By “working” the bills, Koenig means he is “trying to get in front of as many senators as I can” to inform them on the bills and the issues they are trying to address. While he said the sports betting bill “has a tough road in the Senate,” the others have not had the same pushback, especially the problem gambling effort.

“It’s hard to say ‘no’ to funding problem gaming,” he said.

The problem gambling bill, however, has changed significantly in scope. It initially included $225 million in an overall pot of funding to draw upon — primarily from a recent $300 million settlement with Flutter, the parent company for PokerStars, 15 years after “Black Friday” — but an amendment to decrease that total to $50 million was adopted.

Still, that level of funding is unheard of for any state, let alone Kentucky, which has never had problem gambling funding through the legislature, so advocates are encouraged and optimistic.

“We’re feeling excited,” said Keith Whyte, executive director of the National Council on Problem Gambling. “It’s an opportunity for a state like Kentucky to leapfrog everybody else and become a leader in gambling addiction prevention and treatment. Given Kentucky’s historical stance as a leader in horse racing, as one of the oldest sports, the $225 million would have made up for the lack of funding for decades.

“But, pragmatically, $50 million — or whatever it ends up being —  would be the first public funds for gambling addiction in Kentucky, and correcting that is by far the most important signal.”

HB 607 has received mixed reactions, meanwhile, from the horse racing world. The end of dime breakage would be a welcome change for horseplayers, but the balancing of tax rates for parimutuel wagers could bring unintended consequences.

Currently, the tax on parimutuel wagering activity in Kentucky is 0.5% for online advance-deposit wagering (ADW) bets, 1.5% for on-track wagers, 3% for off-track simulcast locations, and 1.5% for historical horse racing (HHR) machines. The bill would move all tax rates to 1.5%, but for ADW customers in Kentucky, that could mean negative impacts on customer rebates and promotions.

“Any time you raise the tax rates, it’s going to directly impact the bottom line of the players,” an industry source said. “The operator is going to pass along the cost.”

Koenig said he’s aware of the concerns and complaints through social media, but the Pari-Mutuel Wagering Taxation Task Force that spawned the bill was tasked with certain objectives, which the bill achieves.

I was happy for the breakage rule but in the end the 1% added fee will fully negate that and deduct more from the players. This bill in no way helped the players.

“We were looking to raise more revenue,” Koenig said. “ADW was a nascent industry [when these tax rates were put in place], but now it has become the primary way people wager. For it to be lower than other forms of wagering doesn’t make sense.

“Rebates exist at the will of the operator. They can take those away at any moment. They can’t take away breakage.”

And while it is likely rebates to ADW players in Kentucky will be impacted, the effect of eliminating breakage would be nationwide. Any bettor, from any state, who wagers on Kentucky racing would receive payouts to the penny instead of payouts to the dime, per dollar.