The good news is that Kentucky has a pre-filed bill. The bad news includes an in-person registration rule and a ban on in-state college bets. 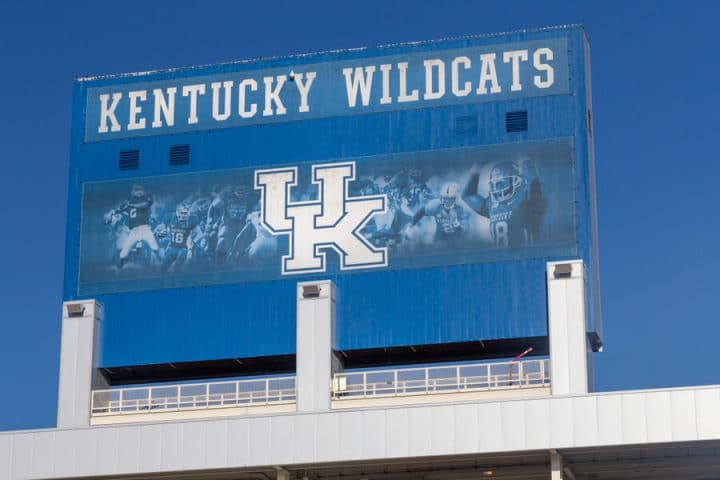 The Bluegrass State is a serious contender to legalize sports wagering in 2020.

A bill pre-filed earlier this month calls for regulated sports betting, in a retail and online setting, in Kentucky. The state’s House failed to advance the measure this past spring, but the odds are better in 2020.

Sports betting in Kentucky, a state that has no Las Vegas-style casinos, would have a retail component at the tracks, which already have gambling on horses (over the internet as well). Sports betting would be allowed for those 18 and over, which is unusual so far in the nascent U.S. sports betting industry.

Adjusted gross receipts from retail wagering would be subjected to a 10.25% effective tax rate, while a 14.25% rate would be applied to online/mobile sportsbooks.

Gamblers would have to register in person at a retail book before being able to gamble online, a pesky provision for online gambling firms and affiliate marketing companies in the sports gambling space.

One problem with the bill

As most people are aware of, Kentucky college sports are immensely popular. The state doesn’t have any major pro sports teams. However, the bill in its current form would ban betting on in-state college teams.

“A sports wager shall not be accepted upon any collegiate sporting event in which a Kentucky collegiate team is competing,” reads a section of the proposal.

That provision featured healthy debate in 2019, and it will again do so in 2020.

Rep. Adam Koenig, the Republican sponsor of the legislation, has had to deal with some religious groups in the state opposing sports betting legalization in its entirety. Opponents are more worried about wagering on smaller collegiate programs in the state, so it’s very possible that language is tweaked.

Neighboring Indiana, which kicked off sports betting this past fall, allows collegiate wagering, and Kentuckians would likely travel to that state to gamble on Kentucky teams if there was a prohibition.

Tennessee to the south is expected to kick off its sports wagering industry in the first half of 2020.

Ohio to the north is considering its own ban on collegiate sports wagering.

New governor unlikely to be a game-changer

It surely isn’t a bad thing that Governor-elect Andy Beshear, a Democrat, wants both sports betting and online poker for Kentucky. He specifically called for online poker while campaigning this year.

However, former Governor Matt Bevin, a Republican, was also open to sports gambling, so Beshear’s election victory isn’t super relevant on that issue. With that said, Beshear also wants Las Vegas-style casinos, which Bevin opposed (so does the Republican-controlled legislature). Beshear is much more gambling friendly than Bevin, but on sports betting the two men were not worlds apart.

Beshear’s overall position on gambling could help the Kentucky sports betting bill be more industry-friendly, but that impact so far remains to be seen. Beshear has consistently lamented about gaming dollars flowing to Indiana and more recently Tennessee, thanks to that state’s new gambling law.

Koenig has been optimistic that Kentucky can legalize sports betting regardless of who is governor.