It appears all options are on the table for Kentucky expanding its gambling industry in 2020. Will the legislature act? 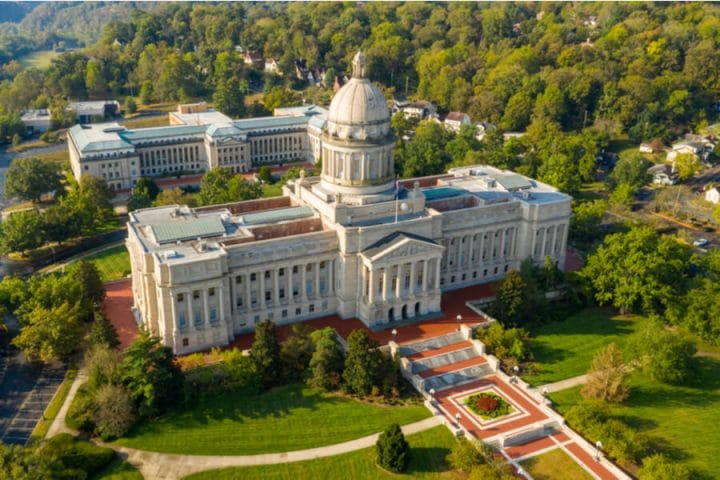 The Bluegrass State has a major decision to make when it comes to sports gambling.

On Wednesday, a pair of vastly different proposals to legalize and regulate sportsbooks were filed in the state of Kentucky, one in the Senate and one in the House.

The proposals are Senate Bill 24 and House Bill 137. Both were pre-filed in 2019 but officially hit the table this week. Kentucky made a strong effort to pass legislation last year, but neither chamber in the legislature was able to advance a proposed law. Hopes are slightly higher this time around, thanks to this being a budget year and the assumption that the additional tax revenue might be more appealing to policymakers.

Kentucky is eyeing $20 mm to $48 mm for its coffers under legal sports wagering.

Kentucky sports betting is still very much a jump ball, not just because of its chances of coming to fruition, but also because there is no consensus on whether the state should or should not allow betting on collegiate sports involving Kentucky teams. Kentucky, home to no major professional sports franchises, is one of the nation’s hotbeds for college basketball. A ban on wagering on the University of Kentucky and Louisville, for example, would send some bettors across the border into Indiana, where the bets are legal.

SB 24 would allow betting on college sports, including the in-state teams, while HB 137 in its current form would allow collegiate sports betting but not on games or contests involving Kentucky schools.

Other key differences between the legislation

SB 24 would create a Kentucky Gaming Commission to regulate sports betting, while HB 137 would put it under the regulation of the Kentucky Horse Racing Commission, sans the creation of a new gaming regulatory body. Kentucky already has online gambling in the form of horse betting.

The Senate version would establish a 25% tax on net sports wagering receipts. The House bill would have a 9.75% tax rate on adjusted gross revenue for retail wagering, while online/mobile would have a 14.25% rate.

Under HB 137, online/mobile sports betting accounts would need to be set up in person at a racetrack or other approved facility. SB 24 doesn’t have provisions for online/mobile wagering. Additionally, the House version calls for online poker regulation as well, while the Senate version doesn’t include online poker. Real-money online poker platforms would be regulated by the Kentucky Lottery Corporation.

Kentucky has a lot to decide on this legislative session, as the bills lay out plenty of different routes the state could potentially take to expand its gambling industry as other states in the region beef up theirs.

The bills shouldn’t be thought of as in competition against one another. They signify that the legislature will have a thorough debate on all of its options when it comes to gambling expansion.

It is possible that the House and Senate pass different versions of proposed sports betting laws and the discrepancies could then be resolved in what is called a conference committee.

One notable item the bills do agree on is that the legal age for sports betting in Kentucky would be 18, the same age for gambling via the lottery. It’s safe to assume that if the state legalizes sports wagering, Kentucky would draw gamblers under the age of 21 from the likes of Indiana and Tennessee.

In addition to HB 137 and SB 24, there’s a casino bill on the table. That measure, House Bill 7, calls for the long-sought-after Las Vegas-style casinos in the state. Even though newly elected Democratic Gov. Andy Beshear campaigned on full-fledged casino gambling, in addition to both online/mobile sports betting and online poker sites, the casino bill is considered dead on arrival in the legislature.

Whether sports betting and/or online poker can pick up steam remains an open question. The legislature is in session until mid-April, so we’ll know in short order if this year is different than 2019.