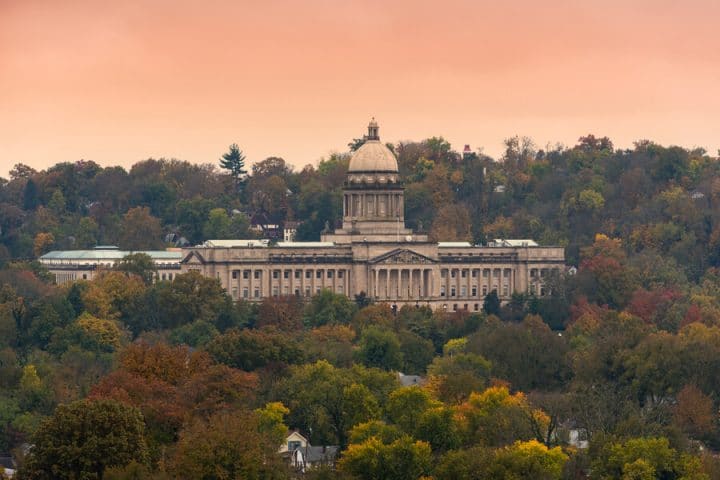 A bill to legalize sports betting and online poker in Kentucky appears to have a path forward.

Senate Majority Leader Damon Thayer, a Republican, told the Louisville Courier Journal that he probably has the support in the Senate to pass HB 137, which currently sits with the House.

“I think we’ve got the votes to pass it if it gets here anytime soon,” Thayer said.

He added that sports gambling for Kentucky is “realistic.”

The bill, sponsored by state Rep. Adam Koenig, a Republican, hasn’t been voted on yet by the full House, but Koenig told Sports Handle that he’s confident he can get it through the House, which requires a majority vote.

The Kentucky legislative session ends in April, so there is still plenty of time left on the calendar. The proposal passed 18-0 out of a House committee last month.

A press conference is slated for Thursday afternoon to build support for the measure.

You can watch the House Bill 137 press conference with @GovAndyBeshear, @repkoenig, @KyChamber, @KYEducators and many others at 1 pm ET today LIVE on our Facebook page:https://t.co/Lta7qbLbod

Gov. Andy Beshear, a Democrat who was elected in November, campaigned on expanding gambling in Kentucky. He has long said he doesn’t want gambling dollars flowing to neighboring states.

Indiana legalized and launched sports betting in 2019. Tennessee is expected to begin mobile betting later this year after legalizing the activity last year.

“Representative Adam Koenig has filed a sports betting bill,” Beshear said in January during his State of the Commonwealth address. “I fully support it, and we should pass it.”

Koenig’s legislation has plenty of support from Democrats, with the party’s leader fully behind the measure. The issue has been convincing members of Koenig’s own party. It appears the support is coming together.

If the legislature passes it, Kentucky would be the first state in the country to legalize both retail and online/mobile sports wagering and online poker only (no other forms of online casino gaming) under one bill. The bill would not allow for online casino games such as digital slots or blackjack.