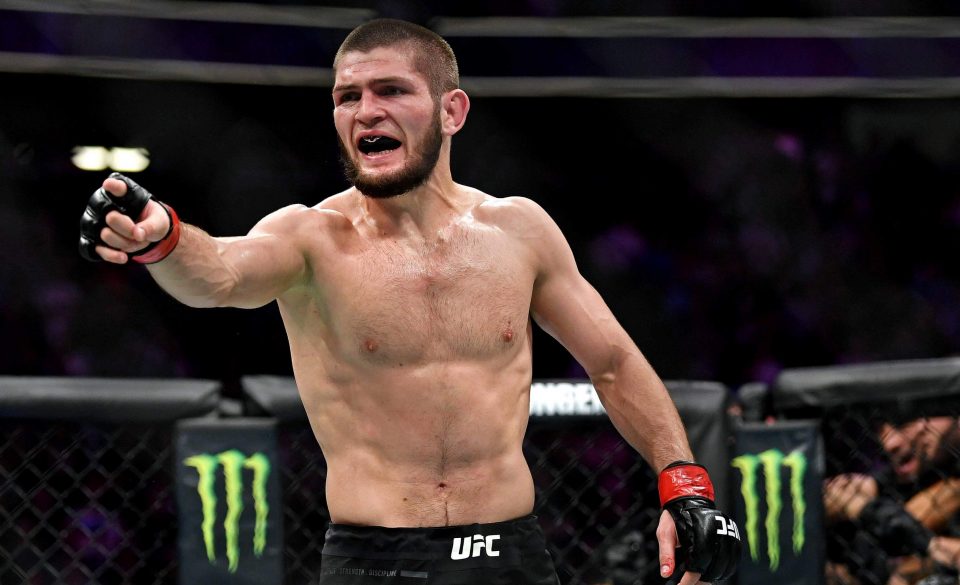 After UFC lightweight champion Khabib Nurmagomedov’s victory on Saturday, moving his record to an unprecedented-in-MMA 28-0, the U.S. sports betting industry could have a real blockbuster on the horizon. Nurmagomedov is expected to next face off against fellow lightweight great Tony Ferguson, who, like Nurmagomedov, is in the midst of a historic 12-fight win streak in the UFC (Khabib’s first 16 wins came before he joined the UFC).

Ferguson and Nurmagomedov are tied for third among the longest winning streaks in UFC history. Across all weight divisions, only nine fighters in the history of the UFC have recorded double-digit win streaks. While it wouldn’t break a PPV record, a bout between the California native and the Dagestani is arguably the biggest fight in the history of the promotion. It is, without a doubt, the case for diehard fans.

The two MMA legends have been scheduled to fight on four separate occasions, but injuries and health issues derailed previously highly anticipated meetings. (For the record, it’s two pullouts apiece.) The most recent time their fight was canceled was in April 2018 after Ferguson injured his knee. Since then, the fighters have been healthy, and everything points to it finally going down.

According to John Murray, director of The SuperBook at Westgate in Las Vegas, the betting interest could be immense, potentially a record for a UFC fight not involving Conor McGregor.

“I don’t think it would do the numbers of Conor-Diaz, Conor-Diaz 2, or Conor-Khabib,” Murray said, “but it could be just behind those three and in the top five of most heavily bet UFC fights we’ve ever seen.”

Nurmagomedov reportedly is looking to fight again in 2019, and Ferguson told ESPN Monday that he’d like to fight in December, specifically the 14th at UFC 245 in Las Vegas.

Ferguson is healthy, and Nurmagomedov took virtually no damage in his dominant win against Dustin Poirier on Saturday in Abu Dhabi. Assuming the negotiations for financial compensation for Ferguson don’t head south, December is realistic for the MMA fight of the century. Right now, the UFC appears to be using the threat of Khabib-Conor 2 as leverage to suppress Ferguson’s fight purse for the superfight.

Nurmagomedov is the favorite at sportsbooks that have already posted odds for the fight. For Murray, Nurmagomedov would be a significant favorite, but much less so than his most recent fight. He was as high as a -500 betting favorite for his Poirier bout — and the price looked justified based on the result.

“I was talking about this fight yesterday with some of my colleagues,” Murray said. “I said I’d make the price about Khabib -240. They were thinking a little lower, more like -200. It’s just hard for me to picture anyone winning a fight with Khabib. Although, I do agree Ferguson poses the biggest threat.”

Both have been extremely dominant during their respective 12-fight unbeaten streaks in the UFC.

Ferguson has a devoted fanbase and plenty of believers. There would likely be heavy action on Ferguson to score the upset. And, of course, many people believe Nurmagomedov is unstoppable and would find value on his price (the UFC says he’s a couple of wins away from G.O.A.T. status). At FanDuel in New Jersey, Khabib opened at -205, with Ferguson opening at +166. There aren’t any props available yet.

Ferguson’s targeted date of Saturday, Dec. 14 would be a great one for Las Vegas books — and potentially for sportsbooks anywhere in the country where betting is legal.

“That weekend sets up to be a huge handle fight because it’s not up against college football,” Murray said. “I believe that’s the Heisman trophy day, so it would basically have the stage to itself.”

There’s nothing compelling on the NBA front that evening; the Los Angeles Clippers will be in action in Chicago against the Bulls, but that’s not a marquee matchup. The highly anticipated Anthony Joshua vs. Andy Ruiz heavyweight boxing rematch will go down Dec. 7, the weekend before.

Nurmagomedov has vowed not to fight in Nevada because of what he says was unfair treatment by the Nevada State Athletic Commission. He has a valid argument, with even UFC President Dana White agreeing that the $500k fine against Nurmagomedov for a melee in the aftermath of the McGregor fight in October 2018 was an over-the-top penalty (McGregor was fined $50k). The damaged relationship between the NSAC and Nurmagomedov would need to be repaired to some extent.

“I was obviously surprised by how much they put on Khabib,” White told ESPN in January. “He got a half-million dollars and six months if he does some PSAs. What he did was wrong, but … we had the whole thing contained in seconds and, you know, I don’t know, it was a little harsh in my opinion.”

If Nurmagomedov doesn’t waver from his Nevada boycott, the NSAC will likely end up costing the state’s casino industry some money thanks to the beyond-the-pale fine. He refused to do the PSAs.

The other cards in November and December don’t pose any realistic opportunities for the superfight, so if not Dec. 14, the bout would likely happen in early 2020.

“I certainly hope it’s in Vegas,” Murray said. “For sure the handle would get a huge bump if the fight was in town. Not so much at the Westgate, but certainly at the Strip casinos.”

If not Las Vegas, MSG in New York City is the frontrunner for hosting the event. If only the Empire State had legal sports betting outside of the upstate casinos … but New York’s missed opportunity would likely be of benefit to New Jersey, where bettors can cross the state line to make a bet over their phones.