"We’ve kind of embarrassed ourselves opening the way we did,” says Vegas-based analyst Jeff Hwang, who predicts another shutdown any day now. 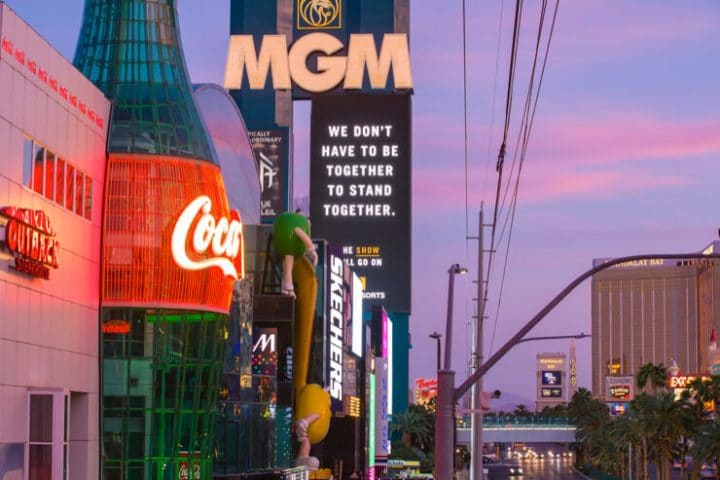 The experts have been saying all along that a second wave of COVID-19 is coming, and in the United States they’re being proven right.

(Unless you subscribe to the belief that what’s happening now doesn’t count as a second wave because the first wave never ended.)

In the casino industry, a second wave is also beginning to hit. Properties across the country shut down — some voluntarily, most by order of their state governments — in the second half of March and have reopened region by region in May, June, and early July, with 831 of 989 casinos welcoming customers at latest check. Now it’s time, unfortunately, for the second wave of casino closures to begin.

Maybe that won’t be the case everywhere. In some states where strict health and safety protocols have been followed, and where visitation from out of state is being monitored to some degree, the operators might have a fighting chance. Connecticut, Pennsylvania, and New Jersey, for example, all having learned to take the virus seriously during the initial outbreak, might have sterilized the casino experience enough to avoid becoming hubs of infection.

But on the other end of the spectrum sits Nevada, and specifically Las Vegas, and more specifically the tourist-driven mega-casinos on the Vegas Strip.

Just five weeks after re-opening, the second wave of shutdowns feels like it could be ordered by Gov. Steve Sisolak at any moment.

“In my view, some type of lockdown is necessary and inevitable,” Jeff Hwang, a best-selling author and industry analyst/consultant who’s been covering gaming since 2003, primarily for The Motley Fool and Global Gaming Business magazine, told US Bets. “The next question is when.”

After a 78-day shutdown, the Vegas casinos reopened at 12:01 a.m. on June 4 with no restrictions on where customers could travel to Nevada from. The Vegas economy is, of course, propelled by out-of-staters, and one casino magnate was so eager to attract tourists that he flew players in on his own dime.

The most surprisingly lax element of the reopening was that it was up to the casinos whether to require that masks be worn. In and around many casinos, social distancing was non-existent. From the first day, the internet was filled with the most literal sort of “viral videos,” showing people behaving no differently than they did pre-COVID.

The clock has hit midnight in Las Vegas! Here’s the crowd waiting to get into @theDlasvegas in #DTLV. 🎰 pic.twitter.com/sp6gNwsVPz

On June 24, after the casinos had been open almost three weeks, Gov. Sisolak finally mandated the wearing of masks in casinos, with the order going into effect on June 26.

By then, Nevada was already one of the epicenters of the pandemic, with the state having set daily case records four times in the eight days leading up to Sisolak’s announcement. Its test positivity rate exceeded 10%, and it had the highest Rt (rate of transmission) in the country at 1.49. By June 30, the Rt was up to 1.56.

“By June 24,” Hwang said, “we had already hit all the shutdown metrics. While the face mask mandate was necessary, it was at best a stopgap measure designed to keep the casinos open a couple of weeks while we ‘collect data’ and see if it works. But it was already too late for that. If virus containment was the priority, we would have been shut down by June 24.

“The reality is that the only reason Nevada is still open right now was for the July 4th cash grab.”

Closings closing in on Las Vegas

Case counts and COVID-19 hospitalizations continue to set new records in Nevada, and the state is still a couple of weeks away from seeing the full effects of the busy Independence Day weekend.

Meanwhile, other states and other casinos have begun re-closing. The first were in Arizona, where Gila River Hotels and Casinos closed three properties after a security guard died of COVID, and Desert Diamond Casinos also closed one site. On the other side of the country, the Rivers Casino in Pittsburgh, which had reopened June 9, was closed again on July 3 by order of county officials. Churchill Downs’ casino in Miami also had to close its doors July 3 just three weeks after reopening.

Rumors were spreading last week that some notable Vegas casinos were about to follow suit, and some of those properties went out of their way to shoot those rumors down:

This social media rumor concerning a planned closure of the resort is false. For the latest information, including a list of venues that are currently operating, please visit https://t.co/AEUq4n8JPk. We look forward to welcoming you to The Venetian Resort.

Still, it might very soon be out of the operators’ hands.

Gov. Sisolak issued a statement on July 3 after it was determined that only 49% of businesses in Nevada were complying with the mask requirements.

“To those businesses operating in violation of the directive by not implementing safe social distancing and face covering protocols,” Sisolak wrote, “you’re not only jeopardizing people’s health but you’re also jeopardizing your fellow businesses, your industry, and our overall economy.”

In other states, such as California, Texas, Florida, and Colorado, bars, restaurants, and other businesses are being shut down again by the governors. The lack of casino access in California just means more California gamblers coming to Vegas and either spreading the virus or acquiring it and bringing it back home. Something has to give.

Hwang is predicting an order from Sisolak as soon as this Wednesday.

“The problem with shutting down on Monday right after the 4th is that it is too obvious, as it would basically be admitting that we were only open this weekend for the cash grab, and acknowledging that it is unsafe here,” Hwang said. “I think it’s more likely to be, say, Wednesday, which is two weeks from the announcement of the face mask mandate. That way, it is much more natural for Sisolak to be able to say, ‘We gave the face mask mandate a shot for a couple of weeks, but we’re just not where we need to be right now.’

“And then hit the reset button and try again.”

Assuming the governor does indeed hit that button, what does “try again” look like?

For starters, there have to be tighter rules and uniformity among the casinos. As veteran Vegas insider Anthony Curtis observed in his Las Vegas Advisor newsletter, “Some casinos check temperatures at the door; others don’t. At those that do, the techniques vary. I’ve been checked in five different ways.”

Not that there’s anything inherently wrong with utilizing different methods of checking temperatures. Each can be effective. But it speaks to the general sense that the operators are not all on the same page — with some implicitly offering less responsible customers a more “fun” alternative to those casinos trying their best to prioritize health and safety.

“To be frank, we’ve kind of embarrassed ourselves opening the way we did,” Hwang said. “And if we are to assert that Las Vegas is a safe place to visit, we will need to see stronger restrictions upon reopening.”

Crowd control enforcement will definitely need to be stepped up. Even though the virus doesn’t spread as easily outdoors and in swimming pools, a pool packed like a mosh pit becomes a hotbed of infection.

And then there are the wide-open borders. As Hwang pointed out, Macau locked down borders and banned foreign visitors shortly after reopening. It’s not ideal for business in the short term, but it’s been effective for preventing viral spread.

Atlantic City, where eight of nine casinos reopened over the long holiday weekend, has the benefit of being part of a multi-state pact to institute 14-day quarantines for visitors from a number of states where the outbreak is growing most rapidly.

Nevada is part of a Western States Pact along with California, Washington, Oregon, and Colorado, similar to the New York-New Jersey-Connecticut cooperative effort, to work together to mitigate the virus’ impact.

Arizona, notably, is not part of the Western States Pact. And based on the reluctance to this point to re-close casinos and other indoor businesses, it feels like Nevada is part of that pact in name only right now.

Meanwhile back East, online extensions of casinos have helped buoy lost revenue caused by the crisis that have left many casinos empty, or on the verge. New Jersey was first to debut online casinos in 2015, Pennsylvania entered the ball game in 2019, and the launch of legal online casinos in Michigan is on the horizon for the fourth quarter of 2020, as regulators finalize regulations.

Are you ready for some football?

One complicating factor in Las Vegas is that the city’s first NFL franchise, the Raiders, is set to begin playing games in a stadium just off the Strip in September.

The Raiders have been a focal point of the Vegas economy from the moment their move from Oakland was announced. The return of major team sports is all sorts of iffy right now, but it would seem getting the city and the state as healthy as possible over the next two months should be a top priority — maybe more so than the casinos being able to operate in the interim.

“We were the favorites to be an NHL hub city for the playoffs until we spiked,” Hwang noted. The NHL has decided to bring all teams to Canada, splitting them between Toronto and Edmonton.

“Hopefully, we learned our lesson and figured out that nothing happens here until we get this right.”