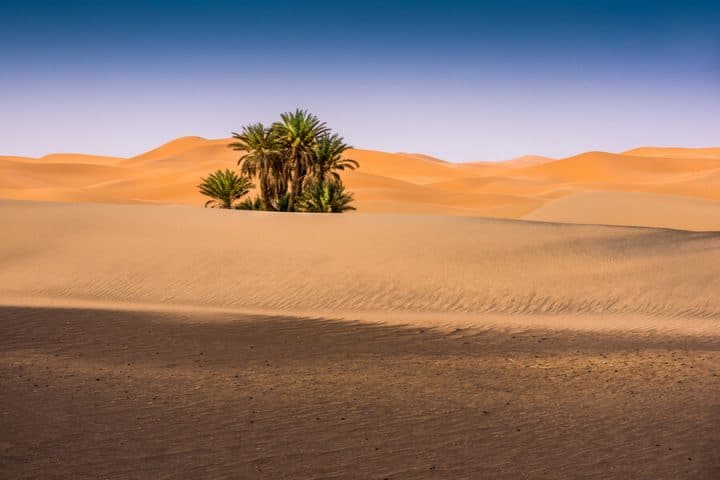 The gaming industry has been particularly hit hard by the global COVID-19 pandemic, and Las Vegas casinos heavily dependent on air-travel tourism have been hit harder still.

But often-brusque billionaire Sheldon Adelson has turned out to be the most employee-friendly casino mogul of all in terms of his handling of this crisis.

On Wednesday, Adelson announced that he is committed to maintaining pay and benefits to all employees at least through Oct. 31.

“To my knowledge, we are the only the only company in our industry — and likely one of the few in the broader hospitality industry — who has not furloughed or laid off employees because of the COVID-19 pandemic,” Adelson wrote in the letter.

Pretty menschy of Adelson to guarantee pay/benefits for Sands employees at least through October. No furloughs or layoffs. Letter just sent to employees. pic.twitter.com/yCiyRtOYsc

“In addition to a difficult business environment, many of our Team Members are facing personal challenges as well. Some are caring for sick or elderly relatives or have spouses or family members who have lost their jobs. Parents will soon be confronting situations in which their children may not be returning to their schools.

“This pandemic has not only changed how our business operates; it has changed almost everything about our daily lives,” Adelson added.

Asked how he could explain to shareholders how this extra expense commitment could “capture a return on that investment,” Goldstein replied, “We’re taking a long-term view. The short-term view is just to cut costs, and that’s doable.

“The Adelson family has taken a different approach. We have built a team in the last 25 years that is pretty valuable to us, and who have done a great job and stood by us at times when things weren’t so good. So we’re now standing by them.

“We also believe that business-wise, in Las Vegas we have 8,000 people working for us, and we are building a team that will last for a long time to come. And when business recovers, we will be at the head of the class.

“It’s a grand gesture, there’s no arguing that. But I think long-term, when Las Vegas is back, we’ll be in a very nice position to take advantage of the environment,” Goldstein added.

Tens of thousands of casino employees no doubt are buzzing already on social media about Las Vegas Sands’ guarantee, which gives its employees time to at least get a “rainy day fund” started should there be further setbacks from the pandemic.

A challenge issued to other casino companies?

Goldstein was asked if this was “a gauntlet thrown down” to challenge rival casino companies to follow suit.

“No, I don’t see it that way,” Goldstein replied. “I think the Adelsons, both [wife] Miriam and Sheldon, just believe that supporting people in these difficult times is the right thing to do, from a moral perspective.

“Also business-wise, we believe this pandemic will eventually go away. And we’ll be at the head of the class in terms of desirability, both for customers and employees.”

Goldstein was asked about the health of Adelson, who turns age 87 next week, and how that might impact Las Vegas Sands’ worldwide operations in the coming year.

“He’s as strong as can be — I spoke to him this morning, and he is full of energy,” Goldstein said. “He’s anxious to get back to work, and he is frustrated by the downtime. He’s usually in Asia once a month, and he travels incessantly.

Adelson a thorn to online gaming

That adjective is one of the kinder ones that many modern gaming industry executives apply to Adelson, who is the leading voice of opposition to online gambling in the U.S.

The Department of Justice’s opinion issued in November 2018 that reversed a previous opinion and sent online gambling into a turmoil — particularly online poker and lotteries of all forms — has been widely construed as a favor to Adelson, one of the Republican Party’s leading campaign contributors.

The New Hampshire Lottery has scored a preliminary victory against the opinion, but the continuing uncertainty has cast a pall over all forms of what could be construed as interstate gambling except sports betting — the one such interstate activity that clearly is banned if it extends beyond a state line.

Adelson has spearheaded the Restoration of America’s Wire Act bill in Congress that would ban all online gaming. He also created the Coalition to Stop Internet Gambling, a group which has succeeded in gaining testimony time at various state and federal hearings.

The rest of the casino industry moved past the notion that online casino gaming would cannibalize the brick-and-mortar product, with Atlantic City casinos welcoming the new gambling option back in 2013. But Adelson has persisted in his opinion, as well as unsubstantiated claims that online gaming would lead to more underage gambling than currently has taken place even at some of Adelson’s own casinos.

But for Las Vegas Sands employees around the world, the “inside baseball” fight over expansion of legal, regulated online gaming options no doubt takes a back seat to the security of a full paycheck – at least for another few months.