Leaving Las Vegas, Or Not: Sin City Still King For Some Post-PASPA

With mobile's rise and sportsbooks cropping up all over America, does a gambler need to be in Nevada? 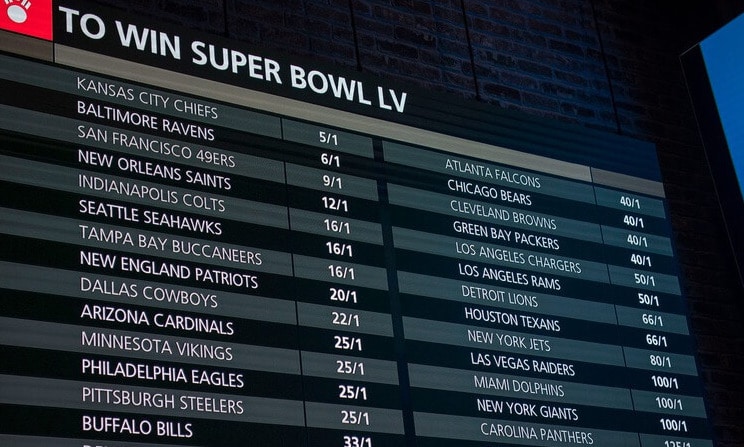 So, given all that, why do so many sports betting enthusiasts — professional and recreational alike — still make a point to physically reside in or visit Sin City to get their action down?

It depends on whom you talk to — so we talked to just about everyone imaginable with skin in the game, save for Elizabeth Berkley and Gina Gershon.

Teddy “Covers” Sevransky is a professional gambler who’s lived in Vegas for 23 years. Back when he moved there, the Parkway’s dreams were not quite broken, and You’ve Got Mail was more than just a movie.

“My first year, ’98, I’m literally driving from book to book every afternoon,” said Sevransky. “I had an eight-book route. I’d start at 2 and it would take me until 4. I did that every afternoon that first basketball season. I don’t do that anymore.”

He doesn’t do that anymore, he said, because “the app betting has gotten better,” adding, “the new signup bonuses have gotten good and all the pros have been trying to finagle ways to take advantage of those.”

So if the apps have gotten so good and he can bet in any number of states that don’t require regular tubings of Cortizone-10 to keep the chub rub at bay, why does Sevransky still call Vegas home?

“I’m still a big fan of being in Las Vegas,” he said. “That hasn’t changed one bit. If you’re betting props, you probably wouldn’t want to be based in Vegas. But for sides and totals and full-game and half-game, Vegas is the place where there are still a fair amount of independent shops and you’re still getting line variants and as little juice as possible, whereas that’s not the model in many other states.”

‘Someone like myself, I have to be in Nevada’

Bill Krackomberger, one of the stars of Showtime’s Action, is also a Vegas resident — although he spends about three months out of the year in his native New Jersey.

“Growing up in New Jersey, it’s in your bloodline. We were gambling as kids,” joked Krackomberger — except he wasn’t joking.

“Living in Las Vegas, it definitely has its advantages,” he said. “I can physically be in a sportsbook and bet much more than I can bet on the app. Most people can bet on the app in different states and be very, very happy. Someone like myself, I have to be in Nevada. A place like the South Point, on my app, I’m not allowed to bet NFL props — I have to physically go to the casino. Other sportsbooks, like Circa, absolutely not — they’ll give you the same exact limit on their app.”

That being said, Krackomberger finds himself heading back to Jersey more and more nowadays — especially during football season — in part because the Garden State features more “Euro books” than Nevada.

“I could be in Colorado, I could be in New Jersey, I could be Pennsylvania,” he explained. “But for me, a professional sports bettor, I’d rather be in Las Vegas. I understand why 99.9% of the public doesn’t have to be.”

Tim Givan is among the 99.9%. He lived in Vegas for a few years, back when Cantor Gaming really opened things up at the M — before really fouling things up. But now he lives in Denver, and with sports betting legal in Colorado, he doesn’t see the point in getting off his couch to get a bet down.

“I used to go all the way to Vegas to make bets,” he said. “From Denver, it’s about a 10-hour drive if you go fast. But with everything that’s going on here, there’s really no need to go to Vegas. I have friends who say, ‘Let’s go to Vegas to watch the Super Bowl.’ And I’m like, ‘Why do I want to do that when DraftKings is giving me a 50% match if I deposit $5,000?’”

Givan considers himself a “50/50 recreational gambler who takes advantage of promotions” and infrequently bets more than $2,000 on a given event. He rarely gets limited on his gambling apps. As he sees it, that’s because, instead of betting props, he’s “betting on major games an hour before the game.”

The limits of limits

A casual gambler himself, Matty Simo runs a proxy business in Vegas. Hence, he has a pretty keen sense of when the whales drift in. And they still do, regularly, especially now that Lost Wages is coming out of its COVID-induced haze.

“I still think Vegas is king, especially for the big bettors,” he said. “For me, shopping around on the apps and where I can get the best numbers, that’s one thing. But with bigger bettors, there’s no substitute for going into a brick-and-mortar establishment, knowing your limit, and being able to speak with someone on the spot. Technology is great and all, but if you’re a serious bettor, you want to do it in person and you want to do it in the best places.”

Since he doesn’t wager a lot of his own money, Simo often throws down on betting apps. But he thinks they need to step their game — and limits — up if they want to earn the loyalty of more regal rollers.

“Circa, what they’ve built and their reputation for taking big action, their limits are really high,” he acknowledged, giving props to an operator where the carpet matches the drapes in terms of brick-and-mortar/mobile consistency. “But in person vs. having to deal with the technology on the app, it’s still a big difference. If you’re a big bettor and doing that for a living, there’s no substitute for flying out to Vegas and making your wagers.”

With apps, he said, the disadvantage is “not having someone to talk to and ask, ‘Why are you doing this to me?’ People are wanting to bet $500 on the mobile app, and they’re offering them a maximum of $125 and you’re like, ‘Why is that?’ It’s not the same as going into the Westgate or Circa and you want to place $5,000 or $10,000 on a game or future. If they limit you, you can ask them, ‘What’s the deal with this?’ Apps in different states are helping in terms of availability, but the big-money players who want to invest their money in wagers are still coming to Vegas. They know the books they respect. If they have a bad experience [with the apps], they’re done with them. I don’t think too many people give books like that more than one shot to get their business.

“Let’s take shopping on Amazon vs. shopping at a store and dealing with a human being,” Simo added. “Amazon has spent so much on customer service and I think they do a really good job of that. There’s definitely no question that most of the betting apps are nowhere near that level of customer service.”

‘You get good enough, they’re gonna kick you out’

For an elite class of gamblers — sharps and syndicates, specifically — the apps are table scraps and Vegas is a dried-out martini.

Gadoon “Spanky” Kyrollos is part of a syndicate of professional gamblers in New Jersey and is friendly with Krackomberger. He visits Vegas “maybe twice a year,” but only Circa and South Point will take his action there. His situation in Jersey in similar. On his Twitter account, he posts a running videography of all the times he’s been limited into oblivion by books he takes to the cleaners.

Collection of videos of me being limited and/or thrown out of NJ sports books.

“The glory days of Las Vegas are gone,” he said. “Las Vegas used to be the mecca of sports gambling, but Las Vegas is not the same Las Vegas it used to be. It’s run by corporations now, and they don’t realize you need to hire a talented bookmaker. Behind closed doors, they will treat you like garbage, they will limit you to pennies on the dollar if you show any type of acumen, any type of skill. They don’t want winners. The art of bookmaking is a dying breed.”

Kyrollos said he bets “less than 1%” of his money domestically, adding, “Every professional gambler out there relies on the offshore market. There’s no such thing as a professional sports bettor that is solely relying on the domestic market. It doesn’t matter if you’re in Vegas or New Jersey or any state that has a legal sportsbook. Once you get good enough, they’re gonna kick you out.”

Rufus Peabody, a professional gambler who once lived in Vegas but now calls the East Coast home, concurs.

“The days of being a professional sports gambler who just lived in Vegas were over before I got started,” he asserted. “There aren’t enough outs and the limits aren’t high enough. The center of the sports betting world is offshore. It has been for a long time.”

Yet Peabody still owns property in Vegas and is “out there for three weeks around the Super Bowl every year for prop betting.”

“Vegas will always have advantages because of the network of people,” he said. “A lot of these U.S.-based sportsbooks deal a lot of soft blinds and there are a ton of opportunities if you can bet there. When you can’t bet there, it certainly motivates you to find people who can and partner with people who can.”