With every new state that welcomes sportsbooks, advertisers are competing for customers. "You have to earn their attention," says one exec. 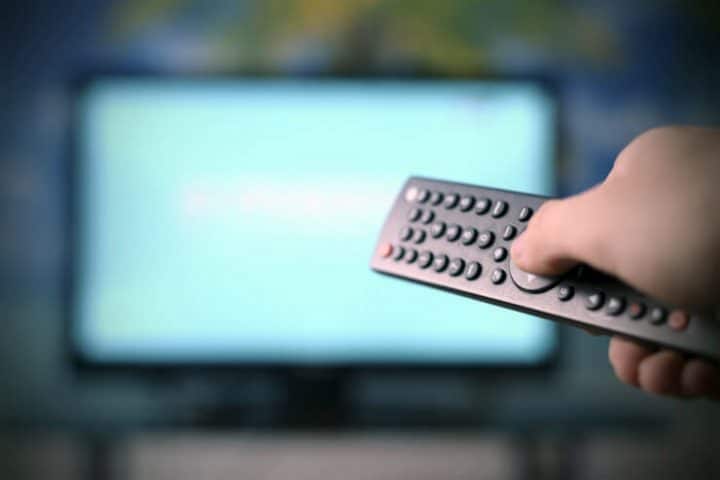 When sportsbooks open in newly legalized states, one thing follows as surely as the posed, ensemble end zone gathering that comes after every NFL touchdown scored by the defensive unit: the ubiquitous TV advertising promoting the new betting and brands by reaching out to viewers of sporting events, sports information shows, and other broadcasts.

The airwaves in Pennsylvania, Indiana, West Virginia, and other states where online and retail sportsbooks keep opening, like in New Jersey before them, are presently filled with ads from FanDuel, DraftKings, and competitors.

Some commercials focus on the enhanced interest sports fans can now have in watching a game. Others draw attention to the bonus options for signing up or the potential winnings a successful wager can bring. Some use sports celebrities to capture interest — Charles Barkley was notable in DraftKings’ former ads in New Jersey — or highlight possibly unfamiliar features such as in-game betting on phone apps.

But one common message, considering how legalized sports betting is new for so many in America, is letting people know it’s here, accessible, and legit as a new form of recreation.

“It’s a big moment,” said DraftKings Chief Marketing Officer Tom Goedde, “when we enter a state with a sportsbook,” with a quick time frame to get its brand message out to potential customers.

Across multiple states currently, his Boston-based company is utilizing a campaign that uses characterizations of Abraham Lincoln and Benjamin Franklin to emphasize DraftKings is a U.S. company that knows American bettors.

FanDuel, meanwhile, is employing a rotation of tongue-in-cheek ads designed to highlight how new and tantalizing sports betting is in each of its states — to the extent that a husband won’t notice his wife’s affair, an office worker won’t notice a surprise birthday party, or a football fan won’t notice another one’s obvious toupee.

“We like the humor because it’s disruptive,” said Steve Giraldi, FanDuel’s creative director.  “It’s a very crowded marketplace, especially in a new market. You can’t just talk about how it’s newly legal, because you’ll be drowned out … You have to find a way to stand out.”

One of FanDuel’s commercials stands out by placing a 900-pound pig in a bowling alley as its owner places bets using his phone. Others in the alley seem mystified by the presence of the pig, but its owner interprets their wonderment as curiosity over his ability to place mobile wagers in a way he never could before.

FanDuel’s tag line for many of the ads is, “If you know it, bet it,” suggesting its customers may be smart enough to make money with their sports knowledge.

DraftKings uses a financial play on words — “Make it reign” — while frequently ending commercials by emphasizing money offers like its risk-free first bets and deposit matches.

The commercials viewers see aren’t always as sophisticated as something Don Draper’s Mad Men team would have spent months designing. When New Jersey went live with sports betting in 2018, Monmouth Park and Play Sugarhouse, among others, aired straightforward images and narration simply emphasizing the existence of the new option.

As Iowa began allowing wagers, William Hill presented a TV ad showing an array of pre-game preparations in various sports with a NASA announcer reciting “5-4-3-2-1.” When he got to “liftoff,” text on the screen said plainly: “William Hill Sportsbook — now in Iowa.”

Unibet, now operating in New Jersey and Pennsylvania with hopes of spreading wider, has used an ad showing two guys in a bar who had no interest before in tennis until realizing they could bet it while watching on TV.

“It’s not odd, it’s the odds,” the commercial stressed.

At times, some think it can all go too far

In some views, the advertising can go too far, even though they frequently flash the 1-800-GAMBLER phone number at some point for problem gamblers to call. A few European countries have set restrictions on sports betting ads, such as barring them during live broadcasts of sporting events. Italy went so far in 2018 as to ban all gambling ads.

The American Gaming Association recognized the potential issue this year by unveiling a “Responsible Marketing Code for Sports Wagering,” which urges members to avoid sales pitches that “promote irresponsible or excessive participation in sports wagering” or that suggest financial or other success “is guaranteed by engaging in sports wagering.” It also says advertising messages should not be aimed at anyone younger than 21.

While TV advertising is still a big message medium for the sportsbook operators, it’s not the be-all, end-all it once was in the marketing world. Reaching customers via social media and elsewhere on the internet with more targeted messaging has become huge.

“Buying digital media is more efficient,” Giraldi said, particularly considering the time and cost involving in preparing a quality TV spot, but “TV will always be a part of our integrative marketing efforts.”

But for both FanDuel and DraftKings, the TV spots will never be as ubiquitous again as they were in 2015. The competitors were at the height of their daily fantasy sports rivalry, and each spent tens of millions of dollars on spots that saturated sports broadcasts to the extent that there was heavy criticism.

The two DFS companies now recognize it was not money well spent, as it turned off a number of potential customers.

“That just led to a race to the bottom … We’re committed to not replicating that combat,” Giraldi said.

“We’ve become much more sophisticated and targeted,” Goeddes said for DraftKings, suggesting viewers won’t be exposed to so many of the same spots in the same way that could overwhelm them.