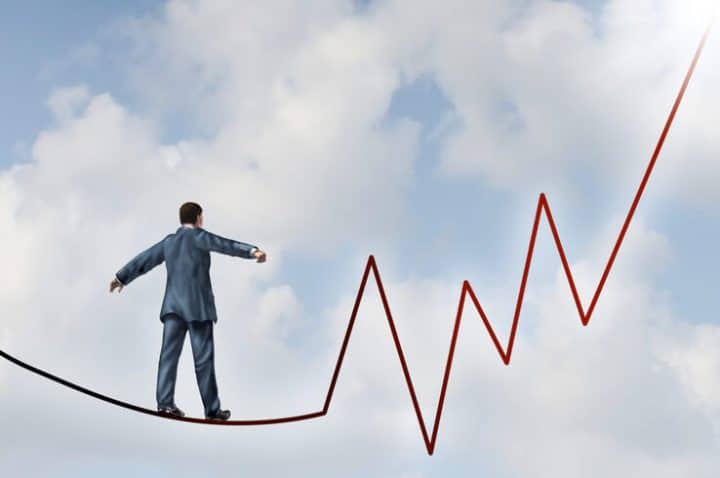 And with a number of other states climbing aboard after the landmark U.S. Supreme Court ruling in May 2018 paving the way for competition, the figure climbed to $7 billion.

But how big can the sports betting handle — the total amount of money wagered — become within five years?

There are so many variables at play that it is awfully daunting to project. But Activate Consulting, which analyzes technology, media, the internet, and entertainment sectors, has just come out with a report that dives headfirst into those complicated waters.

Finally, a maturing industry in 2023 still is slated to climb to a whopping $149 billion.

Are these numbers too inflated? Or are they too conservative? There are secondary details provided to help us decide.

For instance, the estimate on the number of states offering legal, regulated sports betting in 2020 is 22, and in 2021, it’s 26. That falls nicely in line with the American Gaming Association’s projection of 25 legal sports betting states by the end of 2020.

Activate anticipates 33 states on board by 2022, with three more joining the party in 2023.

Mobile — how much, how soon?

On the other hand, the report explains that “Our reports rely on the eventual ubiquity of remote online mobile sports betting in legalized states, which will increase the number of in-game wagers.”

That projection seems logical. But is it going to be accurate so soon? New Jersey is taking about 84% of its total handle from 15 online betting sites, and there are estimates that anywhere from 10-20% of that money is being wagered by New Yorkers who cross the Hudson River to legally bet.

Yet New York Gov. Andrew Cuomo is unmoved by such events and continues to keep the state out of the legal mobile business. Other states such as Pennsylvania, West Virginia, and Indiana are in on the mobile option, but other states either only allow such betting on casino premises (see Mississippi) or users at least must first sign up for an account on the premises (Nevada).

If New Jersey’s big numbers haven’t quickly moved the needle for mobile sports betting in most states, it’s not clear they will in the next couple of years either — or at least, not to the extent forecast by Activate Consulting.

A popular parlor game in the U.S. gaming industry is whether New Jersey will overtake Nevada as “sports betting handle king,” as it did in May, July, and August, for example.

Activate really hedges its bets here, forecasting the same 39% to 38% edge to New Jersey for the rest of the calendar year — thereby leaving all other states to combine for less than one-quarter of the total amount wagered.

It’s a temporary game, though, as Pennsylvania and Illinois’ much larger populations of nearly 13 million each — a number greater than New Jersey and Nevada’s populations combined — figure to put one of those two states on top once those markets mature.

And any of the four largest states — California, Texas, Florida, or New York — would easily topple Pennsylvania or Illinois upon legalization and full rollout of mobile betting.

New York is the favorite among the four, with legal sports betting already rolled out at upstate casinos. But none are within 100 miles of Manhattan, and the lack of a mobile product also keeps the state well back of the pack for now.

Direct sports betting revenue — meaning that which goes to casinos, sportsbooks, and state treasuries — has its own explosive growth projections, nearly doubling from $4.3 billion in 2021 to $8.3 billion in 2023.

Indirect sports betting revenue — to such beneficiaries as sports leagues, teams, and tech and media companies — is projected as even larger than those figures, leading to a combined projection of nearly $19 billion in 2023.

Of course, every week seems to produce another blockbuster partnership, such as Tuesday’s announcement of Yahoo! Sports and MGM Resorts teaming up on sports betting. Many of the deals involve partnership across the “direct” and “indirect” sectors, so parsing out the two categories figures to become ever more difficult.

We all know that a sports fan betting on a game is more likely to watch it. Activate’s estimate is that 78% of sports fans watch games live, while 97% of gamblers do.

The latter figure might seem low, but remember that only a handful of states permit such wagering. That number is certain to grow significantly.