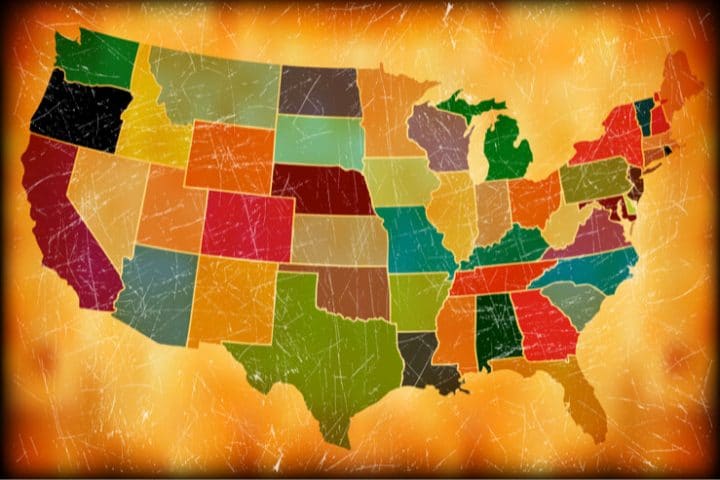 The annual G2E Global Gaming Expo is almost at hand — it’s Oct. 14-17 in Las Vegas at The Venetian — and this week SBC Americas and the American Gaming Association presented a webinar about the explosion of legal, regulated sports betting in the U.S.

Who’s up next? Jessica Feil, senior director of government relationships for the AGA, took a swing at which states are likely to be up and running by the end of 2020.

But first, let’s take a breath and recap which states are already in the game, in order of appearance (all but the first coming aboard since mid-2018 in the wake of a U.S. Supreme Court ruling that opened the door for such wagering): Nevada, Delaware, New Jersey, New Mexico, Mississippi, West Virginia, Pennsylvania, Rhode Island, Arkansas, New York, Iowa, Indiana, and Oregon.

Next up are states that have passed sports betting laws and are working on implementation: Montana, Illinois, Tennessee, North Carolina, and New Hampshire.

That’s 18 states. And Feil sees a clear path for seven more to pass legislation by the end of 2020: Oklahoma, Ohio, Michigan, Maine, Massachusetts, Maryland, and Connecticut.

Feil and others at AGA have made the point that a key game-changer for many state legislators is seeing neighboring states lure their residents into spending — and thus providing tax dollars — on sports betting (the same thing happened with casino expansion in the 1990s).

The projected new states really underscores the point: Vermont not only would be the only New England state without legal sports betting, and the next-closest state without it would be Kentucky.

And even that state has prospects, as Brian Pempus explained in August. The upcoming governor’s race could be key, as current Gov. Matt Bevin said in a radio interview in August, “Every night somewhere in America somebody takes their life in a casino because they’ve wasted the last semblance of dignity and hope that they had. Families are ruined, lives are ruined. There is societal cost.”

The AGA was among industry groups that lashed back at Bevin.

If Kentucky “falls,” the line against legal sports betting is liable to hold in South Carolina, Georgia, Alabama, and Florida for various reasons — only some of them religious.

Looking west, Wisconsin, Missouri, Minnesota, and Louisiana pop up next.

Oklahoma, meanwhile, would be breaking up the block — they are mostly shaped like blocks — of North Dakota, South Dakota, Nebraska, Kansas, Oklahoma, and Texas.

Notice that the AGA list of “next up” skews heavily eastern. As with other forms of gambling, the further west one goes, the less appetite there seems to be for it.

Aside from Alaska and Hawaii, the other states not on any list are Wyoming, Idaho, Colorado, Utah, Arizona, Washington, and the big one, California.

Jonathan Michaels, the senior director of member services, noted in the webinar that, as a college football fan, he was watching ESPN’s Game Day pre-game show last season when he noticed a listing of Heisman Trophy winner odds by Bovada, an offshore sportsbook.

“The average consumer has no idea the site is illegal,” Michaels said. “In fact, they would think that it was legal.”

ESPN’s new deal with Caesars Entertainment, however, should take care of the problem, Michaels added.

Casino Industry’s Image Better Than Ever — How Much Is That Due To Legal Sports Betting?