There’s A Lesson For U.S. Sports Betting Industry From Crackdowns In Europe On Advertising 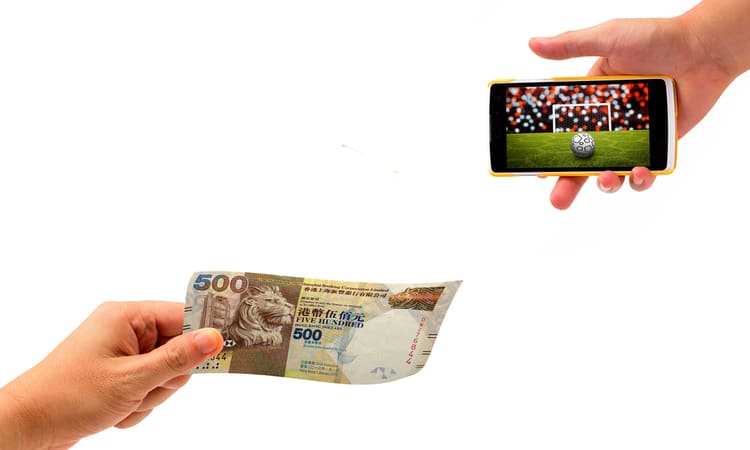 In Italy, all gambling advertising has been banned since 2019.

In Spain, new restrictions are being imposed that will bar gaming operators’ brands from appearing on soccer teams’ shirts or as part of stadium names.

Sports betting firms and broadcasters in the United Kingdom operate with a “whistle-to-whistle” ban on TV ads for gambling firms that would otherwise appear while live sports are on the air, with children watching.

Those are the types of restrictions that have occurred already in Europe and might serve as a warning to U.S. gaming operators — particularly those in the fast-growing legalized sports betting industry — about crackdowns that could emerge if they irresponsibly and excessively promote their offerings.

That concern is one focus of a newly released research paper from the UNLV International Gaming Institute. The report, The Marketing Moment: Sports, Wagering and Advertising in the United States, summarizes the current landscape in the U.S. while offering recommendations on how to conduct responsible marketing that avoids the type of public backlash seen in other countries.

The report notes the intersection of sports wagering and advertising is “a particularly contentious area that the U.S. is only beginning to engage.”

Learn from those who had sports betting first

Legal sports betting has a long history around the world from well before the May 2018 U.S. Supreme Court PASPA ruling that opened the door for it across the country instead of being confined to Nevada.

But every nation has its own regulations and public perception pertaining to gambling activity, just as it’s different on a state-by-state basis in the U.S.

As the new U.S. sports betting markets emerge, with consumers bombarded by ads and other promotions in each of them, it’s an important time for operators and regulators to take stock of what’s occurred in other jurisdictions and learn from them, said Jennifer Shatley, a research assistant for UNLV’s institute who wrote the paper with four colleagues.

Shatley, formerly vice president of responsible gaming policies and compliance for Caesars Entertainment, told US Bets in an interview that using European restrictions as an example of what could happen in the U.S. aren’t necessarily apt, due to other differences.

“There’s broader issues with gambling in some of those countries that go beyond operators’ behavior,” she said. “There’s a lot politically going on … and swirling around in a broader perspective, while in the U.S. we’re just starting out. But there’s lessons to learn.”

The report noted that in England’s top soccer organization, the English Premier League, 10 of 20 teams bear a wagering sponsor on their jersey, and such sponsorships are even more common in lower leagues. Young fans of the teams can’t help but notice the advertising.

“Concerned observers contend that these advertisements may encourage addictive behaviors and urge a critical review of these impacts,” the paper states.

The U.K.’s Gambling Commission is in the midst of a review of its 2005 regulations covering such sponsorships and other marketing, with discussion of the potential for the type of tougher restrictions that were first imposed in Italy and are now in the process of being implemented in Spain. Those nations limit gambling-related television advertising in a way that has not been contemplated in the U.S., though there was widespread criticism in 2015 of the new fantasy sports industry when competitors FanDuel and DraftKings saturated the airwaves.

“There are many lessons to be learned from England,” the report says. “For one: unchecked growth can lead to a backlash and/or a pumping of brakes – either by the government, or by the industry itself. And second, in the U.S., advertising is due for a critical evaluation now, before backlash emerges.”

AGA adopted a code for such things

The issue of uniform sponsorships in team sports is not the same in the U.S. as Europe. With the exception of Major League Soccer, such advertising doesn’t exist among the professional team sports, and in the MLS the jerseys have not commonly borne logos for gambling providers as in European leagues.

But in states with legalized sports betting, the brands of multiple major sportsbooks are widely seen in stadiums and arenas through marketing arrangements that have become common. That goes hand-in-hand with the heavy presence of sports betting commercials when new operators enter a legal market.

Recognizing potential pitfalls that can develop, the American Gaming Association in September 2020 announced its Responsible Marketing Code for Sports Wagering. The organization’s wide membership pledged to abide by the code, which specifies, among other things:

While the AGA code represents a form of self-policing by the industry, such provisions relating to marketing are also monitored on a state-by-state basis by regulators. Unlike in many other nations, there is no federal government law, regulation, or oversight specific to gambling activity.

Casey Clark, the AGA’s senior vice president of strategic communications, said the industry’s own standards, state regulators’ monitoring, and operators’ modern sense of responsible conduct should be able to prevent excesses or crackdowns as seen in Europe.

“It’s a cautionary tale for sure, for not just American gaming operators but everyone in the U.S. sports betting ecosystem,” Clark said, while stressing that advertising pertaining to legal wagering opportunities should not be viewed negatively in and of itself. For one thing, the marketing helps distinguish legal operators from the black market.

“Part of it is educating consumers about what this opportunity is,” he said. “Not everyone understands what legal sports betting is, and where you can do it, and where the help is if you can’t do it responsibly anymore.”

The UNLV report contains six recommendations that to some extent overlap with the AGA’s code.

Shatley said the report’s authors aren’t suggesting that companies in the industry have gone too far with their marketing efforts thus far.

“Until it’s warranted, it’s premature to talk about crackdowns,” she said. “I do think regulators in different jurisdictions that legalized are looking at advertising restrictions and making sure it should not target vulnerable populations and is only intended to reach those above legal age.”

She referred to the AGA’s code as “a good starting place. Is that going to be enough moving forward? Only time will tell.”