Live Betting Leaves A Lot To Be Desired, But Bespoke Services Are Coming

At the recent SBC Summit, even the operators admitted in-game betting is still a headache for users 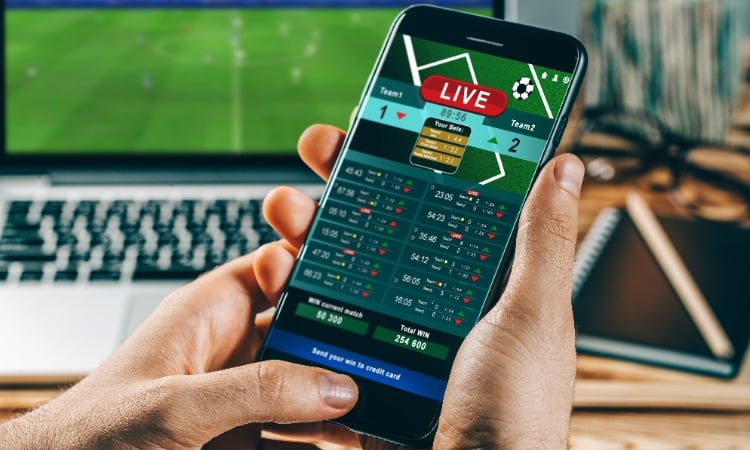 It was, as these things go, quite an eye-opening statement. After all, it’s not every day you hear someone from a mobile sports betting concern admit their product is imperfect.

“In general, the customer experience with in-play leaves a lot to be desired across the industry,” said Jay Croucher, the director of trading at PointsBet, during a panel discussion on the future of in-play betting at last week’s SBC Summit North America in New Jersey.

“The biggest problems are up-time, bet delays. When you place an in-play bet, generally you get the spinning wheel for five seconds, and then the bet might be referred to a trader, taking another eight or nine seconds, and all of a sudden it’s 13, 14 seconds have elapsed since you hit ‘place bet’ and the reality you bet on is going further and further into the past. As an operator, for us, that’s the challenge, is fixing these problems around timing, around up-time, around … the in-play betting experience being as similar to the pre-match betting experience.”

@DaveMasonBOL live betting sucks.. I try to make a bet inbetween innings yesterday -170 for the limit… spinny thing… denied and move the line to -180… It's seems like standard procedure there on live betting. I've had the same thing on NHL.

And while Croucher admitted the in-play product across the industry still needs to get better, he also noted the rocket-like growth of this type of betting.

“Three years ago in-play handle was 30 percent of overall handle at PointsBet [in America]. Now it’s closer to 60 percent, and we expect it to rise,” Croucher said. “Looking at more mature markets like Europe, we’re definitely on track to get to the 70-80 percent market.”

He also broke down how certain sports lend themselves much more readily to in-play action.

“Per sport varies dramatically. Where at PointsBet 90 percent of our handle in tennis is in-play, soccer is at 70-80 percent, whereas the NFL is well below 50 percent,” he said. “People are betting in-play because it enhances viewer experience, drives interest, and drives engagement.”

Dor — whose company creates odds for live betting — challenged Croucher on how the operators have thus far fumbled the ball on in-play when it comes to the NFL.

“To say you’re doing in-play is one thing, but if 75 percent of the time your in-play markets are suspended, what is the customer experience during that moment in time?” Dor said. “I always say it’s like … well, remember when we were much younger and you had a TV with the antenna and you had to smack the TV on the side to get the service back on? That’s what in-play betting is today. Customers want to engage with the product, but it gets suspended, and in a world where 21-year-olds have such a short attention span, they forget about it and move on.”

Devenishek, whose company Kero also exists to create markets for live betting, takes it even further and points out the future of in-play is tied directly to operators offering a bespoke menu for the bettor.

“TikTok is the No. 1 destination on the web. Why? Because it’s very easy to use,” Devenishek noted. “You only have to slide your thumb, and a bunch of algorithmic stuff happens in the back. Sports betting is going to need to adapt to that. It has to be super easy to consume. We believe curation and customization are the way forward. You can have markets that are engaging to each person. Being able to curate an experience is going to be very important.”

Devenishek then gave an example, saying a traditional live bet might be LeBron James’ total points.

“But how about his next shot?” he asked. “Or if they’re playing the Warriors and he and Steph [Curry] are trading baskets, which one will get to 15 first? Who will miss the next shot? There could be hundreds of thousands of different types of props, and making sure you’re putting up the most relevant prop that people want to engage in quickly rather than a whole spreadsheet of different things to bet on is our north star and focus.

“Contextualizing and personalizing has to be a massive area of focus,” he concluded.

.@kerosports is trying to bring elements of TikTok to sports betting. Check out 6 key slides from a pitch deck the startup used to land its first $1 million in seed funding: https://t.co/iuRNkdhci2

And while Dor agreed, he also noted, bringing things back to the beginning, that all the personalization in the world won’t add up to the proverbial hill of beans unless the operators hash out their issues.

“The change we want to get to is skewing more to the aggressive where we want to make quick decisions [on markets], even if we lose margin,” he said.

Zucker was quick with a riposte: “We are going to hold you to that!”