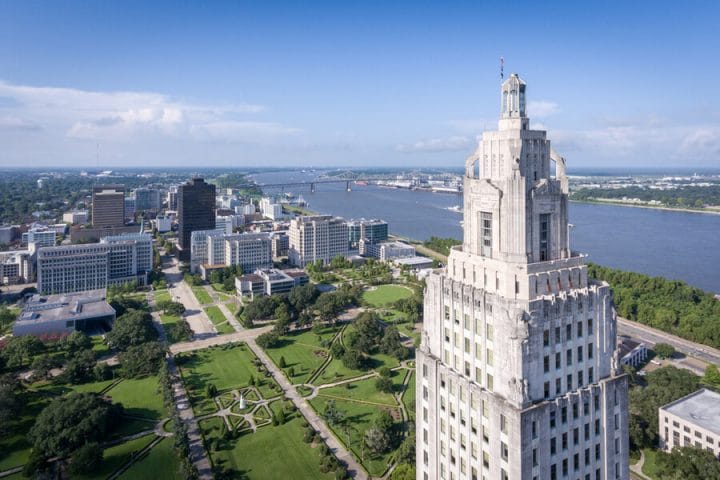 Louisianans could vote in November on a parish-by-parish basis on whether to allow sports betting.

On Tuesday in Baton Rouge, a state Senate committee held a hearing on several bills, including proposals to put sports betting before voters on Nov. 3, 2020.

If ultimately successful, the legislation would have lawmakers decide how to implement the industry after getting approval to do so from voters. In other words, many of the details pertaining to the industry, such as the tax rate upon sportsbook revenue, would be hashed out later.

Three separate sports betting bills were on the agenda, but it’s essentially just one plan moving forward. All 64 parishes statewide would vote on sports betting — not just the parishes with casinos.

Senate Bill 130, a three-page proposal, appears to be a likely candidate as the vehicle.

“We have talked about this over several sessions,” said state Sen. Gary Smith, chairman of the Senate Committee on Judiciary. “We got close and got snagged at the end. I think we can have the best posture for the state of Loiusiana at this time, so we don’t miss another year.”

The likes of Penn National Gaming, Caesars, and Eldorado Resorts support the plan, according to testimony.

The Pelican State was very close to passing legislation in mid-2019 before last-minute amendments tanked the efforts. The legislation had been fleshed out, but it would have also put the issue up to voters on a parish-by-parish basis.

The sports betting bill failed mostly as a result of an amendment that called for sports betting at 2,800 video poker locations. It was a dealbreaker for the casino industry.

Furthermore, the legislature failed to implement a daily fantasy sports bill that was approved in 47 of the state’s 64 parishes. The parishes that approved DFS account for more than 90% of the state’s population.

Failure to cross the finish line on DFS wasn’t the worst situation for the state’s casinos, because the likes of FanDuel and DraftKings could have had an early start on building a customer database.

It is possible that sports betting could have the same fate, even if successful via a referendum in November.

By failing to move DFS forward after voters signed off, the state essentially defied the will of its residents.

“Voters should be outraged, as it has been made abundantly clear that the legislature is broken,” a spokesperson for the group Fairness for Fantasy Sports Louisiana said last summer.

A two-thirds majority of lawmakers must approve a tax measure.

Gaming expansion into the world of sports could have much better chances this time around, as Louisiana’s casino industry is hurting from the COVID-19 pandemic and a new source of future revenue could hold appeal. About 16,000 casino employees are out of work, according to a state lawmaker.

In addition to sports wagering, the legislature will consider a proposal to exempt gambling promotional money from taxes. State Sen. Ronnie Johns called it a “jump start” for the industry.

The hearing came as Louisiana regulators eye potential casino reopenings at the end of May. The plans are tentative and would involve significant safety precautions. On Wednesday, four tribal casinos in the country will reopen, and more properties are expected to reopen Thursday in Deadwood, S.D. The tribal properties that are open are located in Idaho, Oklahoma, and Michigan.

Casinos in neighboring Mississippi haven’t reopened, but there could be a dynamic where both Louisiana and Mississippi are trying to compete with one another for gaming dollars. Mississippi, which has retail sports betting only, is also looking at reopenings by or around Memorial Day.

If Louisiana isn't into phase one before the Mississippi casinos open up, LA will be in some trouble.

Louisiana casinos had struggles prior to the COVID-19 crisis. Gaming win in 2019 was down 2.3% to $3.08 billion, according to the University of Nevada Las Vegas Center for Gaming Research. That came while nationwide commercial casino win increased 4.1% in 2019 compared to 2018.