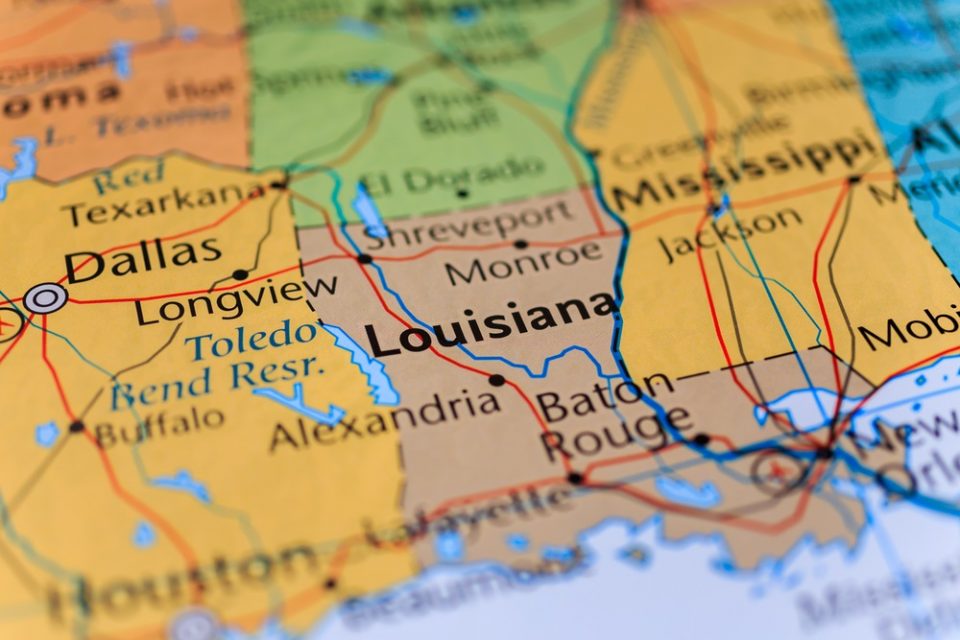 Louisiana lawmakers held a colorful hearing Wednesday in Baton Rouge to lay some more groundwork on the sports betting issue ahead of the next legislative session.

The state considered several bills this year, but lawmakers didn’t pull the trigger.

“We think it’s important that we take a deeper look at this because we know we’re going to see it again,” said Louisiana State Sen. Gary Smith, a Democrat.

‘Mississippi got the jump on us again’

The Senate panel stressed that there wasn’t any official testimony at the hearing, but rather informal talk on how to keep Louisiana ahead of the curve. Currently, just six states have active sports betting industries.

“It’s important to start the discussion ahead of the session,” said Louisiana Gaming Control Board Chairman Ronnie Jones. “The more information we can get into the record and talk about in advance is good from a public policy standpoint.”

“There’s been a lot of discussion on whether we want to expand gambling to sports,” Jones said. “Well, I’ve got news for everybody: People are betting on sports today. If you would Google, on your desktops, ‘how can I place a bet in Louisiana,’ 15 to 20 sites will pop up. None are licensed in Louisiana, none are located in Louisiana, but they are happy to take your money in an uncontrolled and unregulated environment. Nobody is protected that way. It’s absolutely not taxed here, and you’re not guaranteed to get your winnings from offshore.”

“My colleague from New Jersey, David Rebuck, recently sent letters to those operators and said, ‘you’re not licensed in New Jersey.’ Whether or not that is enforceable, I like the fact that he did it,” Jones added.

Sports betting “is not a cash cow,” Jones cautioned. “If it is a cow, it is a lean cow. There is a lot of money bet on sports, but the margin is in the neighborhood of 5%.”

“If the tax rate is too high, it won’t be productive from a business standpoint,” he added.

According to Jones, Louisiana has been in this position before.

“There is a huge illegal market out there,” said Jones, later pointing to the state’s early 1990s move to regulate video poker gambling, which, according to Jones, squashed that black market.

Mississippi to help its rival?

Making an appearance at the hearing was Allen Godfrey, Executive Director of the Mississippi Gaming Commission.

“As I set here and listen, it sounds like this is too much effort for y’all to do,” Godfrey joked in his first comments to the Louisiana Senate panel. The hearing room erupted in laughter.

The camaraderie in the room didn’t mirror the intense casino competition that is apparent in state gaming revenue reports. Mississippi’s casino gambling market contracted 2% last year, while Louisiana’s was flat with less than 1% growth.

In explaining how Mississippi advanced into the space, Godfrey told the panel that they looked to New Jersey more so than Nevada as a guide. The comment is noteworthy because Nevada has had sports betting for decades, while the Garden State’s industry is about four months old.

Godfrey got the room to laugh out loud once again when he mentioned that Mississippi sports betting has increased casino visitation, while also assuring the panel that they aren’t Louisiana license plates.

State Sen. Danny Martiny, a Republican, asked Godfrey why his state didn’t launch mobile sports betting along with the brick-and-mortar offering. Martiny said that he believes that when Louisiana legalizes sports betting, Mississippi will go into mobile. So, according to Martiny, there is competition between the states.

Godfrey said he couldn’t “speak for the legislature,” but he said that mobile betting in New Jersey is “tremendous.” Sounds like it’s just a matter of time for Mississippi going online.

“If you want to suppress illegal betting, mobile is the way to go,” Godfrey said.

Godfrey and Martiny exchanged comments briefly about whether sports betting constitutes an expansion of gambling. Martiny took a shot at his own state.

“In Louisiana, we consider putting new cushions in the [casino] seats an expansion because someone extra might show up,” said Martiny, who unsuccessfully tried to push sports betting this year.

He’s clearly not too thrilled that Louisiana will have to wait until 2019.

‘You’ll never get rid of the black market’

According to Godfrey, nothing can be done to completely stomp out black market betting.

“You’ll never get rid of the black market because there’s no tax reporting, it’s anonymous, and sometimes you don’t want to be seen in a certain place,” he said. “There’s no paper trail and I think that’s the popularity. There’s just a culture and tradition of people calling someone that their grandfather or father has used.”

While that may be the case currently, his comment implies that the landscape could be very different once the culture changes. With that said, he stressed to the panel that sports betting needs “convenience” in order to largely wipe out the black market.

According to the American Gaming Association, the casino industry’s top lobbying group, Americans bet as much as $150 billion each year on sports.

Sports betting could help the New Orleans economy, according to Sen. Norby Chabert, a Republican.

“New Orleans is a major destination city for the biggest sporting events on the planet,” Chabert said.

“What will [sports betting] look like in the city where the big game is?” he asked rhetorically.

Chabert cited this week’s roughly $1.6 billion Mega Millions “frenzy” as an indicator that a gambling public could fall in love with sports betting in a similar fashion.

“I imagine that [gambling] fever will run through the crowd when Alabama or whomever may be playing in the Sugar Bowl National Championship,” Chabert said. “If you have that availability to put a little money down on the game, you might see that. You won’t get that [betting] opportunity in Miami or Atlanta or Dallas. It will be interesting to see.”

The 2019 Sugar Bowl runs on Jan. 1, so Louisiana casinos will have to wait until 2020 for that opportunity.

Mississippi reported more than $6 million in sports betting revenue during its first two months in business. September’s betting handle of $31.7 million was a fivefold increase month-over-month.

No vote was taken at the hearing, which included a total of about one hour of sports betting discussion.

William Hill’s NJ Lawsuit vs. FanDuel Is A Slam Dunk