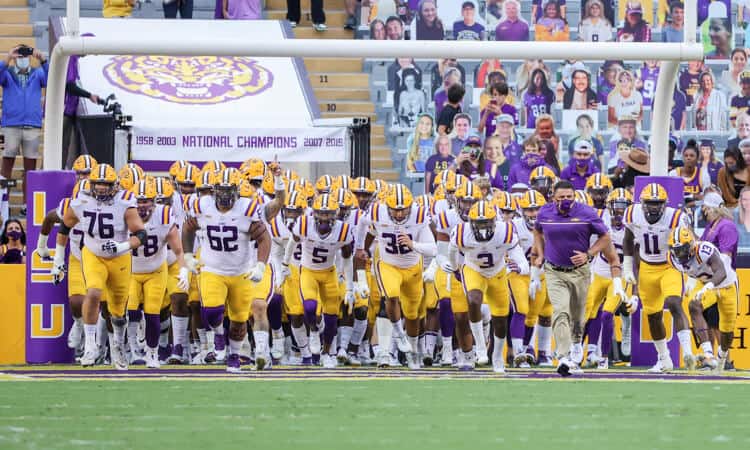 Louisiana seems to be on the verge of joining the list of U.S. states that authorize regulated sports wagering, according to one expert panelist at the Global Gaming Expo virtual event on Tuesday.

Suzanne Perilloux Leckert, managing partner of Convergence Strategy Group and a Louisianian, said that the Nov. 3 statewide referendum “does not have a physical campaign on either side” of the issue of sports betting legalization.

Leckert noted that not only did 47 out of 64 parishes — the state’s version of counties — approve of daily fantasy sports in 2018, those parishes make up 92% of the state’s population. DFS giants FanDuel and DraftKings spent “a million or two” to ensure widespread passage of that measure, Leckert added.

Given the acceptance of that sports-related activity — although it is not generally classified as gambling by law — and the lack of organized opposition to the sports betting proposal, Leckert said it all bodes well for supporters.

“I can’t imagine it won’t pass,” Leckert told the G2E audience during a panel titled “iGaming and Sports Betting — The Inevitable Overlap” that was hosted by Sue Schneider, vice president for growth & strategy at Sports Betting Community (SBC).

Next steps for the Pelican State

Casino authorization in Louisiana is controlled on a statewide basis, Leckert said, even though the new measures break approval down by parish.

She said that sports betting, where approved, will be overseen by the Louisiana Gaming Control Board, so there will be no individual parish rules on the gambling.

The bulk of the opposition to DFS came in the northern and central portions of the state.

Even with the expected passage of sports betting in most parishes, Pelican State residents shouldn’t expect to be placing legal wagers anytime soon.

For instance, DFS has yet to be implemented in the state two years after approval because a tax rate — which requires a two-thirds legislative majority to pass as a change in state finances — has yet to be determined.

Louisiana regulators are expected to approve on-site sports betting at state casinos and racetracks, but without mobile sports betting that produces almost 90% of the annual handle in states such as New Jersey.

However, betting on college sports — which no doubt would be headlined by LSU football games — is expected to be approved.

Maryland and South Dakota also have statewide referendums on sports betting on the ballot next week.

Are American companies being “anti-social?”

Jason “Wolf” Rosenberg, president of American iGaming Solutions, told the G2E audience that he gets weekly inquiries from all over the world about how to get involved in social gaming — except for from the U.S.

Rosenberg called that lack of interest from American companies “shortsighted,” because social gaming can translate into opportunities to acquire customers for traditional gambling. He said he expects large “non-gaming” companies to bridge the gap instead.

Hieke also said that social gaming traditions such as leaderboards, badges, and tournaments have gained popularity with gambling companies.

The recent announcement that the University of Colorado had signed a five-year, $1.6 million partnership deal with PointsBet took several panelists by surprise, with questions raised about what steps if any the NCAA might take in the wake of the agreement.

“There’s no way the NCAA lets this happen unless they get a piece [of the revenue],” Rosenberg said.

“The NCAA’s viewpoints on all of this will have to evolve,” said Schneider.

Kevin Smith, SBC director of marketing and communications, pointed to the “fierce presence in marketing” that illegal offshore sportsbooks continue to have, two years after the U.S. Supreme Court opened the door for any state to offer a legal counterpart.

Rosenberg said that the ability of offshore books to avoid paying taxes enables them to offer more inducements such as rebates than a regulated book can.

“As a consumer, you go where the value is,” Rosenberg said.

Schneider said that many Native American tribes — particularly smaller ones — are taking a “wait-and-see” approach to iGaming, allowing the new industry to shake out before acting. She said such tribes also are trying to figure out who would be a suitable partner for such a venture.