Home runs are down, to the detriment of those betting on lots of scoring 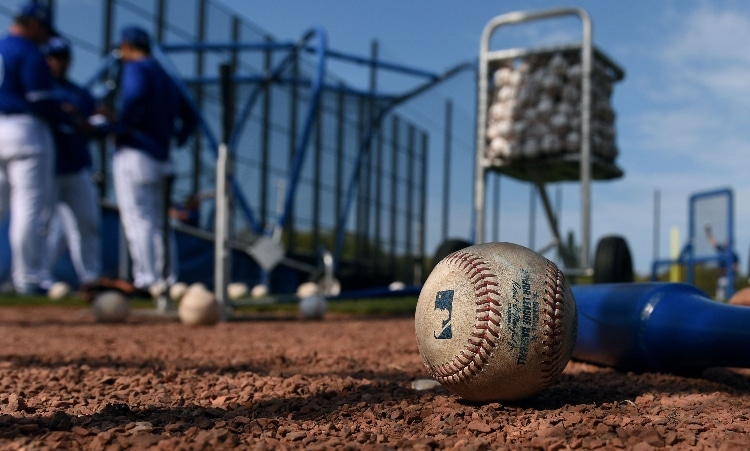 Hitters are muttering to themselves and the bookmakers are likely laughing all the way to the bank.

Baseball, in case you haven’t heard, has a scoring problem in the early weeks of this season, which might be entirely self-inflicted, and it shows scant signs of changing anytime soon.

Through the first 518 games of the 2022 season, teams are averaging 4.06 runs per game. Should it hold, that would equate to the lowest level of scoring since the 1972 season. The culprit is obvious: lower home run totals. In what has become defined as the “three true outcomes” era of baseball, in which walks, strikeouts and home runs have taken over the game, the preferred method of scoring has proven unreliable.

Meanwhile, the only bad outcome of the three — strikeouts — continues its pace of domination.

In short, players are striking out just about as much as in recent seasons while the balls they’re hitting are clearing the fence less often. At a time when hitters are told to swing as hard as they can in virtually any count, the combination has played right into pitchers’ hands.

Unders are hitting at high rate

More to the point, it has played right into the hands of sports betting operators. The public has a known preference for betting overs on scoring, probably because it’s more fun to root for action than inaction, and unders are hitting at a roughly 57% rate so far. Sportsbooks are a little tentative to release their hold rates, otherwise known as gambler loss rates, so we don’t know exactly how well they’ve done in runs-total betting so far this season, but it certainly sounds like it is working out in their favor.

“MLB ‘unders’ hitting has been good for the sportsbook, as bettors typically wager on the over,” said BetMGM sports trader Christian Cipollini. “We expect the over/under results to even out as we enter warmer months, when the ball travels farther.”

That’s the kind of assumption many people will make. After all, hitters certainly don’t like swinging at 94 mph cutters and sinkers in 48-degree weather. However, deeper dives seem to indicate the weather’s not the culprit. Alan Nathan, a physics professor who has advised MLB in the past, corrected for weather by comparing April across various baseball seasons. According to The Athletic (paywall warning), he found that home run totals are far short of 2021 levels and down appreciably overall.

Had a teammate that used to scream, Take it on down, I bet I live! When we had turbulence on planes.
Deadened the ball, I bet I hit. https://t.co/5JFXWBpgaM

If anything, one might expect hitters to be doing better this April since spring training was shortened by two weeks, limiting the time for starting pitchers to build their stamina before the season started.

It could instead be the ball

Most researchers seem to be coming to the same conclusion: It’s the ball.

The Athletic reported that MLB sent a memo to general managers and other team personnel in March telling them the league would be using only balls manufactured after a 2021 production change. Researchers have found the change produced balls that were dead compared to those used in 2020, when COVID-related production issues caused a shortage of baseballs. Hitters seem to be experiencing the lack of liveliness in the newer balls.

The anecdotal evidence also is mounting. Tuesday night in St. Louis, the Cardinals were shut out 3-0 by Chris Bassitt and the New York Mets bullpen. In that game, two baseballs were hit hard enough to produce extra-base hits, if not home runs, in most seasons. Statcast data showed that Paul Goldschmidt stung one fly ball 99.2 mph, which produces an expected batting average of .630. The ball traveled 357 feet for a relatively routine fly ball. Tyler O’Neill smacked one 99 mph, for an xBA of .560. It, too, was an easy out.

Unless MLB reverses course and asks Rawlings to start producing livelier balls, baseball could see a historically low scoring environment, the kind that tends to leave bettors crying in their beer and sportsbook operators dancing.