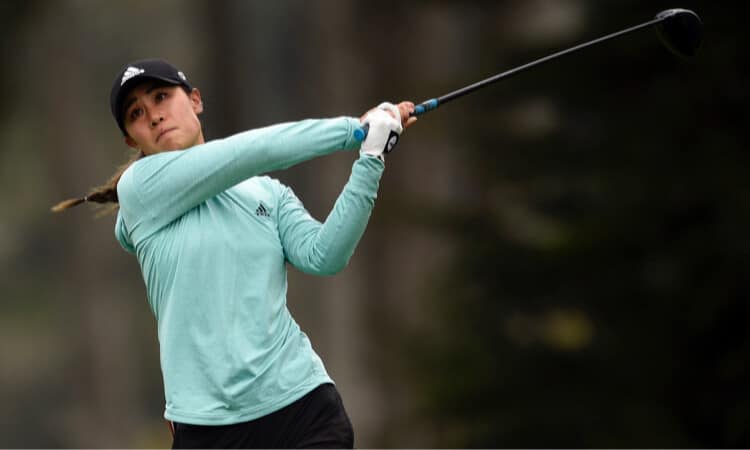 The Ladies Professional Golf Association hasn’t yet been as aggressive in regard to promotion of sports betting as the PGA Tour, which last weekend had Golf Channel announcers openly chatting about Sentry Tournament of Champions in-play odds and how much a $100 or $1,000 bet would return if it paid off.

But last week, the LPGA announced an agreement with IMG Arena, a British sports betting service.

“IMG Arena is the undoubted leader in producing golf sports betting content, through its game-changing Event Centre,” LPGA Senior Vice President of Global Media Distribution Brian Carroll said in a statement. “With the full LPGA Tour covered, this is a significant commercial partnership that helps grow the game with thrilling content reaching new audiences and driving fan engagement around the world.”

“Bringing women’s golf to the Event Centre has long been an ambition of IMG Arena,” Max Wright, senior vice president, said in a statement. “The LPGA Tour features some of the most talented athletes in the world and weekly tournaments of the finest quality, which will deliver a vast and compelling range of data-led sports betting content for operators and their players.”

Since IMG already has a similar deal with the PGA Tour, the addition of LPGA events should be relatively seamless.

Another IMG partner is BetMGM, which is an official partner of the LPGA Tour.

But last fall, BetMGM told NJ Online Gambling that it would not have “signage or activations” for the LPGA Tour’s ShopRite LPGA Classic in late September in spite of the fact that the event took place in Galloway, N.J. — only about 10 miles north of Atlantic City and its nine casinos.

MGM Resorts International owns the Borgata, the largest revenue producer in Atlantic City. So there is a cross-marketing opportunity there not only to invite casino regulars to watch the tournament, but also to entice tournament goers to Borgata. The expanded opportunities to wager on the event — New Jersey is one of many states where fans can legally bet on their smartphones while on the course — will give BetMGM an even larger chance to marry golf-watching with wagering.

Last spring, Danielle Kang — who has her own partnership deal with BetMGM — told Golf Digest, “I believe [legal betting will] definitely help because it’s a huge part of golf. Golf itself is a gambling sport. I want people to have fun playing one on one, head to head, bet on people they want to bet on. I think that’ll bring more interest into the game.”

Another veteran Tour player, Mel Reid, added, “People love to bet. They’ll bet on anything. They’ll bet on horses, dogs. Hopefully, we’re not the bottom of the food chain.”

Norb Gambuzza, senior vice president of media and gaming for the PGA Tour, said of expanding the intersection of golf viewing and betting: “In the proverbial ‘crawl, walk, run,’ I think this step takes us into the beginning stages of walking.”

The LPGA Tour in 2022 will feature 34 events and a record $85.7 million in purses — up almost $10 million from last year. The first event will be the Hilton Grand Vacations Tournament of Champions in Orlando, Fla., Jan. 20-23.

An initial boost in prize money for the U.S. Women’s Open from $5 million to $6.8 million instead has doubled to $10 million thanks to a deal reached last week between health care system provider ProMedica and the U.S. Golf Association.

The USGA, which runs numerous national championships for all ages, also announced that prize pool will climb to $11 million in 2023 and $12 million in 2024. This year’s Women’s Open will begin June 2 in North Carolina.

The season-ending CME Group Tour Championship purse, meanwhile, will be boosted to $7 million — up $2 million from 2021.