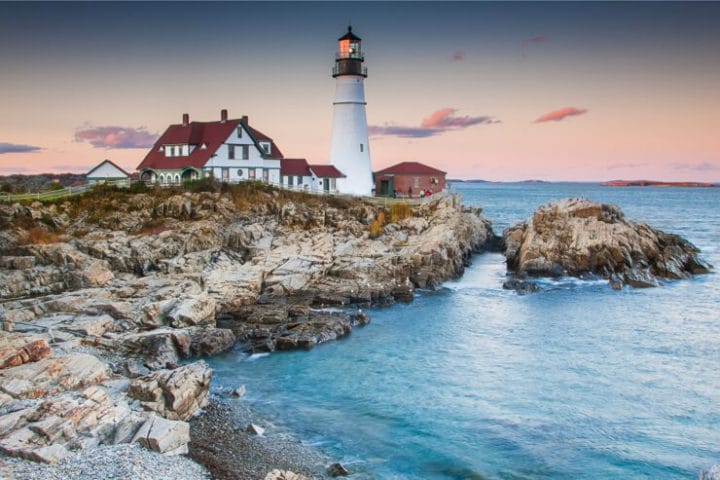 Needing a two-thirds majority to override the veto, supporters of sports wagering in the Senate chamber achieved exactly that margin to advance SP175/LD553 forward. Twenty senators voted to override the governor’s veto against 10 who voted to sustain it, while another five were excused. The bill had passed 19-15 with one senator excused last month before Mills’ veto.

When issuing her veto in January, Mills said, “I remain unconvinced at this time that the majority of Maine people are ready to legalize, support, endorse, and promote betting on competitive athletic events.”

The override now moves to the House for concurrence, which could come as early as next Tuesday.

Both proponents and opponents of the veto acknowledged that betting will come to the state of Maine soon, but the issue of tethering — each mobile sportsbook being affiliated with brick-and-mortar partner — was a clear dividing point. State Senator Louis Luchini (D) of Hancock argued against tethering while urging the override, noting the subject was the “only four lines of difference in the two 25-page bills” in both houses.

“It’s clearly anticompetitive, allowing casinos who they can compete against,” he said. “Early states that have gone to a tethering model are those who have overbuilt and oversaturated, such as Atlantic City. Casinos in Maine are doing great because they have a monopoly.”

Sen. Scott Cyrway (R) of Kennebec, a proponent of sustaining Mills’ veto, argued the bill as written did not do enough to promote in-state investment in Maine and voiced concerns about the lack of limits on mobile sports betting.

“Simply put, where there is brick and mortar, there is investment. If you don’t live in Maine, you’re not going to be as invested in the state,” Cyrway said. “Most states tether, one or two do not. There’s a reason behind it. Mobile sports wagering will eventually come to Maine and the rest of the country, but the legalization before us is bad for Maine, it’s the wild, wild west of sports betting.”

Of the five senators who were excused from voting on the veto, three — Justin Chenette (D), G. William Diamond (D), and David Woodsome (R) — voted in favor of the bill, while Geoffrey Gratwick (D) and Kimberley Rosen (R) were against it. Mark Lawrence (D), the lone senator who did not vote last month, voted to sustain the veto.

In supporting the override prior to the vote, Republican Matt Pouliot noted, “Hopefully Maine is still open for business as well.” That was a reference to a one-sentence statement from New Hampshire Gov. Chris Sununu, who said, “New Hampshire is open for business,” after Mills’ veto in January.

The proposed law would allow for 11 retail sports betting licenses for Maine’s four tribes, four OTBs, two casinos, and one harness racing track. There are also provisions for mobile-only licenses and remote registration. There is a 10% tax rate on adjusted gross receipts on wagers placed in person and 16% for bets placed through mobile operators.

Neighboring state New Hampshire began accepting sports bets shortly before the New Year and reported $17.3 mm in wagering through the first month. Rhode Island is the only other state in the New England region where sports betting is legal, while a mobile sports betting bill was filed in Vermont last month.