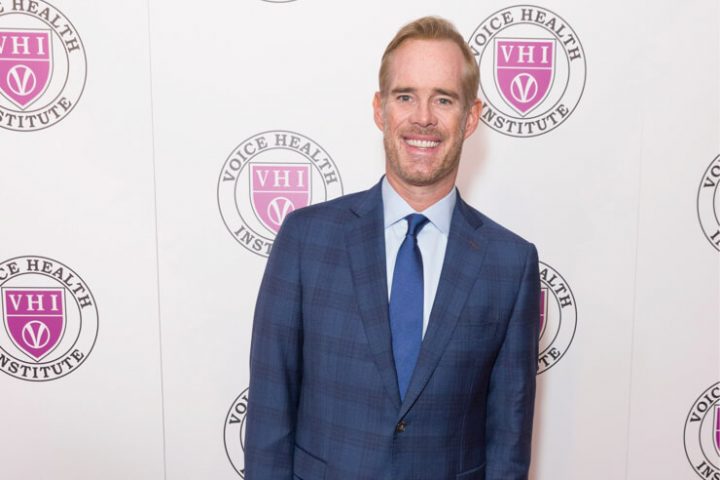 Love or hate the various screaming heads populating every channel on the dial at all hours of the day, you have to respect the challenge of being a modern media sports generalist. It’s nearly impossible to know something about everything. And the unfortunate reality is that TV analysts, radio hosts, and columnists are expected to act like authorities on whatever issue of the moment blips across their news radar.

Back in 2003, I was invited to sit on a panel on my local Philadelphia cable sports channel as a boxing expert weighing in on a discussion on cheating in sports. If a question about Don King or loaded gloves was tossed my way, I’d be prepared to handle it. But midway through the segment, the host asked for my insights on the Sammy Sosa corked bat incident. I knew the basics of the story, but hadn’t put any thought into developing an opinion on it. So I flop-sweated through a vague answer as best I could, dropped in something about the public love affair with Sosa, and prayed for the host not to call on me again.

This is all a long way of saying that I forgive generalists and mainstream sportscasters the occasional moment when they make themselves look like idiots. They can’t know everything about everything, they can’t be prepared for every spur-of-the-moment topic, and they live in a world in which it’s frowned upon to admit, “I don’t know enough to have a take on that.”

That said, Joe Buck got his facts completely wrong when he tried to incorporate gambling talk into his call of the Browns-Eagles preseason game last Thursday evening. And there was no excuse. He had ample time to prepare himself. If he didn’t feel properly prepared and he isn’t a gambling guy and he doesn’t fully grasp the whole odds thing, he could have made the decision to leave sports betting out of the conversation.

But he opened his mouth and inaccuracies spilled out. And when it comes to the mainstream media talking more about gambling now that it’s legal and regulated in a growing number of states, this is something we’re going to have to get used to.

So what exactly did Buck say that was so offensive to the knowledgeable gambler’s ears?

Joe Buck just said that Las Vegas has the Browns at "60-1 to win Super Bowl 53" and "that's better odds than Atlanta, Jacksonville and Kansas City."

That is a 100 percent inaccurate statement.

The veteran Fox play-by-play man wasn’t so terribly wrong about Cleveland having 60/1 odds to win the Super Bowl (that price can be found in some places), but they’re a much longer shot at every sportsbook in the known universe than the Falcons, Jaguars, or Chiefs.

CBS Sports NFL writer Will Brinson described it as the “quintessential ‘let’s force a gambling discussion into a broadcast’ situation gone awry.”

By “better odds,” did Buck mean, “better return on your money”? In a word, no. The context makes clear that Buck was not trying to communicate that point.

Some have theorized that he was confused by an article he read that stated that there’s more money being bet on the Browns than on Atlanta, Jacksonville, and Kansas City combined. That seems the most logical explanation.

A lot of learning left on that curve

Of course, Buck is not alone — he’s just an easy target because of his high profile and because he got a provable fact wrong.

Just look at how many journalists have tried to cover sports gambling since the U.S. Supreme Court reversed PASPA on May 14 and have conflated handle and revenue. There’s a learning curve with this stuff, and Buck isn’t the only media member with a steep arc still in front of him.

For every Brent Musberger, who is as much a member of the gambling media as the sports media at this point, or every Al Michaels, who was subtly working gambling into his game calls back when it used to make his producers perspire, there are countless generalists who aren’t yet comfortable talking about sports betting but are going to try anyway this NFL season.

The most hilarious post-PASPA media dalliance with sports gambling came from New York radio host Mike Francesa, one of the original masters of the art of having a take on everything regardless of your knowledge of the subject matter. On June 12, with sports betting just two days from going live in New Jersey, Francesa invented daily fantasy sports GPP tournaments live, on the air, a mere nine years after FanDuel first launched.

Francesa bragged that if you gave him 15 minutes to create betting games (uh, not sure who’s stopping him from using 15 minutes of his own time to do something), he’d put together 10 games that people wouldn’t be able to resist.

“Let’s say I create a game where you get to pick five players tonight in the major leagues,” Francesa expounded. “And if your five players, based on numeric totals, have better offensive numbers for the night than any other five players, you win $50,000. And the fee is $10 to get in. People will buy that.”

Indeed they will. They already do, in fact. Apparently Francesa slept through every single commercial that ran during the 2015 NFL season. He probably doesn’t even know who $349 winner Bradley C. is.

More Mike on the mic

Last week, Francesa again weighed in on this newfangled sports betting thing, this time on CNBC. He dropped such bold proclamations as, “It’s going to take a couple years, but in five, ten years, [sports betting] will have changed the landscape of sports dramatically in this country.”

It’s cringe-inducing, but this is the way it’s going to be at first. Generalists and sportscasters have been encouraged to keep their distance from gambling talk for decades, and now suddenly they’re all being asked to do their best Jimmy the Greek impressions (minus the racial theorizing, ideally).

With that comes hiccups. Some will get their facts wrong. Someone will misuse words and misinterpret lines. Some will profess to have great new ideas that already exist. Some will purport to be experts then don their Captain Obvious caps.

As long as Skip Bayless is out there continuing to insist that LeBron James is some kind of overrated fraud choke artist, the sports media weighing in on sports betting isn’t going to be the No. 1 issue facing the talking-head industry. As much as we might like to have mainstream media comments on gambling regulated the same way the gambling industry now is, it’s never going to happen.

All we can do is buckle up. It’s going to be a bumpy ride for a while.

DraftKings And FanDuel Roll Out Twists And Innovations For Football Season