Maryland Permitting Up To 60 Mobile Sportsbooks, But Reality Could Be Far Less 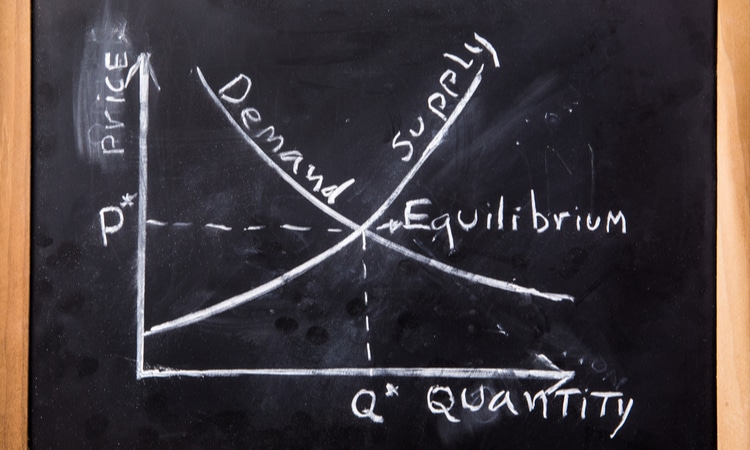 It may be years before the dust settles and economic realities actually determine the number of companies viable in a market permitted to have up to 60 mobile betting sites. After all, New Jersey – deemed a sports betting model to the benefit of both the industry and consumers ever since the 2018 end of the PASPA ban – is at least 10 operators short of its allowable potential for more than 30 of them three years after sports betting was launched.

But in an era when big states like New York and Florida have made the industry cringe over constraints they are imposing on otherwise-lucrative new markets, Maryland has gone in the other direction in a big way.

The law signed May 18 by Gov. Larry Hogan spells out 17 entities already in the gaming/sports industry (casinos, sports franchises, racetracks, OTBs, bingo halls) eligible for brick-and-mortar licenses; allows for 30 smaller newcomers such as bars and restaurants to gain retail licenses; and permits up to 60 mobile sites that could partner with any of those prior licensees.

“Obviously, the legislature tried a different approach in widening the net beyond the typical players,” Bussmann observed. “I think there’s an opportunity to get some different players in the mix, but we also need to look at the reality of how this may or may not play out. … There becomes a point of market saturation and what we all learned in basic economics class whenever supply doesn’t meet demand or exceeds demand.”

No mobile betting anticipated this year

It is far too early for anyone to begin applying for sportsbook licenses in Maryland. For one thing, the new entity to do initial review of applicants — the Sports Wagering Application Review Commission — doesn’t exist yet, with its seven members still to be appointed. Once it begins work and recommends suitable licensees, an unusual two-step process involves referring those to the state Lottery and Gaming Control Commission, which also must review and approve licenses. The Lottery and Gaming Control Commission, in addition, is charged in coming months with developing the overall regulations to guide sports wagering operations.

Maryland’s process is described on the gaming commission’s website, with a note there suggesting the best-case timeline for sports wagering is that some previously licensed entities such as casinos could begin taking bets during football season this fall. Licensees who are new to gaming and those involved in mobile betting operations, meanwhile, are unlikely to launch until sometime in 2022.

Mobile sports wagering licenses carry a $500,000 fee. The state has a 15% tax rate for both online and retail betting, and unlike some states, it has no restrictions for wagering on local college teams.

The conditions make it obvious that big national operators — DraftKings, FanDuel, BetMGM and many more — will want to be in the market. The question is how many more will enter beyond the usual suspects. New Jersey and Colorado are tops in the nation in such numbers currently, each with about 20 online operators.

“You can’t get to 60,” Bussmann said. “If everybody played in the space who probably has an interest, and you leave maybe 10 percent over that for potential new market entrants, you might get to 30, but that’s a stretch,” considering what potential profits Maryland holds for operators.

“It’s a large state, but not extraordinarily large — it’s not Florida, it’s not Texas, it’s not New York,” Bussmann noted. “You come to a point where you say OK, for some operators you’re going to have diminishing returns because you don’t have the volume you’d want to see because of the heavyweights in the space.”

Maryland has 6.2 million residents, and while their median household income is highest in the country, that makes the potential market less than half the size of neighboring Pennsylvania, which has 12 online sportsbooks.

Marketing can get very expensive

Above the $500,000 licensing fee, Bussmann pointed out that operators have all of the costs related to their platforms and servers, customer service operations, and more. Companies already operating in multiple states have economies of scale to swallow such costs much easier than any new operators.

And then, there’s the need to make oneself known to Maryland bettors and separate your sportsbook from the rest.

“One thing over the last three years that’s become very valuable to grow and grow is marketing dollars. If you’re a small operator, it’s hard to compete in a big pond where people are dumping millions and millions into the market” for advertising, Bussmann said. The major players can afford to swallow operating losses for a few years while building their customer base, which may not be a suitable option for smaller competitors.

The Maryland General Assembly’s Department of Legislative Services evidently took such realities into account in crafting its fiscal analysis of HB 940, the legislation containing the state’s sports betting details after voters authorized the new gambling in a referendum last November.

Based on what has occurred in other states such as New Jersey, Tennessee, and Virginia, the legislative department said its analysis “assumes that approximately 12 of the 60 authorized mobile sports wagering licenses are awarded and issued.” Once that occurs, and the sites are up and running along with retail sportsbooks, they should collectively earn a little over $100 million annually from sports betting, the analysis predicted.

The legislative department said that in making that estimate, it used a model — based on what has occurred in other states — in which revenue from sports wagering might equate to about 5% of overall gaming revenue in the state.

One concern is maintaining integrity

While achieving a marketplace with anything close to 60 operators seems unlikely, there seems little harm in writing legislation allowing for it, other than perhaps giving a false impression of what could occur.

The one danger alluded to by Bussmann is if it encourages entry into the market by an unqualified operator. He noted the situation in Tennessee where national companies were joined at launch last year by a local company, Action 24/7, that had no experience in sports betting and ended up under investigation and with a one-week suspension for alleged irregularities.

“You want to make sure anybody doing it in the state is doing it in a safe and secure way, offering not just a good consumer experience but also helping keep the industry cast in a positive light,” Bussmann said. “You potentially run the risk of having operators that don’t meet what you want from a regulated standpoint, because the new market entrants maybe don’t have the resources to make this work.”

At the same time, he said Maryland deserves some credit for pushing to expand the universe of potential operators, including taking diversity into account as one helpful part of the criteria for winning a license. That could end of being a key factor, in particular, for the potential small retail sportsbooks — known as Class B licensees — that aren’t casinos or racetracks or professional sports franchises. Those Class B licensees have the same rights as the rest to link up with a mobile sports betting operator.

“I think they looked prudently at how can we expand this to a different group of people … besides the typical blue chips who are going to come in anyway, but it’s yet to be determined if that market works,” Bussmann said.

“I think, in a major state like that, you’re going to see maybe 15 or 20 players that are going to come hard – maybe a few less or more – but 15 to 20 is that round number of range where you get the big boys that are always going to want to compete, and then some niche people as well.”