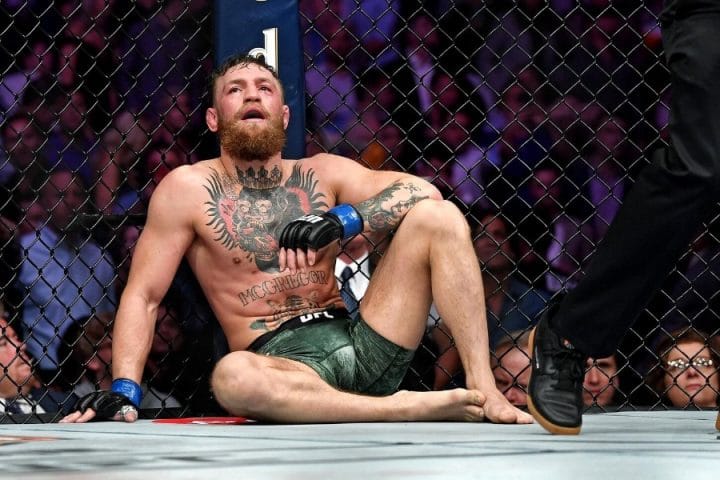 The UFC’s Conor McGregor makes his quasi-anticipated return to the Octagon Saturday night in Las Vegas against veteran Donald “Cowboy” Cerrone, who is the all-time UFC wins leader with 23 hand raises.

The bout, scheduled for five rounds in the 170-pound welterweight division, marks the Irishman’s first fight since a humiliating loss in October 2018 to MMA grappling overlord Khabib Nurmagomedov. Against Cerrone, McGregor will likely be able to stay on his feet and engage in a kickboxing match.

At FanDuel, McGregor was a -310 favorite on Friday morning, with Cerrone listed at +245.

Many top MMA analysts predict that if Cerrone is able to weather the early rounds when McGregor is fresh and at his best, he could turn it into a competitive fight in the later rounds and has a good chance of winning, especially if he utilizes his widely underrated grappling. Seventeen of his 36 career MMA wins came via sub.

Still, Cerrone, coming off back-to-back TKO losses, is nearing the end of his storied career and should be very hitable for McGregor, known for his high-level boxing relative to others in MMA. That boxing ability has been under some skepticism lately, thanks to it once being laughably hyped to the point of McGregor claiming he could go toe-to-toe with the likes of Canelo Alvarez in the sweet science.

FanDuel, a leading sportsbook in the nascent U.S. sports betting industry, provided US Bets with some data on the handle for the fight. The online/mobile sportsbook, which is live in Pennsylvania, New Jersey, and Indiana, said that 35% of the money has been on McGregor, with 65% on Cerrone.

It appears bettors see value in Cerrone’s implied probability of 29% on FanDuel. McGregor’s line has an implied win probability of roughly 75%. He hasn’t been this big of a favorite since his first fight with Nate Diaz in 2016, which resulted in a second-round loss.

As for method of victory, the most popular bet is McGregor to win by submission at 24% of the handle. FanDuel is offering +3100 odds for that, compared to -200 for him winning by KO/TKO. Both McGregor and Cerrone winning via decision is +950. Cerrone by KO/TKO or submission are +650 and +600, respectively.

The action on McGregor via submission is a bit curious considering just one of his 21 career MMA wins came via sub (2012), and Cerrone is skilled on the ground. While the +3100 offers the biggest ROI among the method of victory bets, it’s still hard to find value in that price.

With regard to how the fight will end, it’s 47% on submission (+550), 43% on points (+500), and 10% on KO/TKO (-320). It appears bettors are also favoring the biggest bang for their buck here, even though it might be challenging to make an argument for value. It might make more sense to put the money on Cerrone by sub at +600, as it’s very unlikely McGregor makes Cerrone tap out.

The most popular round-betting wager is McGregor to win in the third round at 23%. FanDuel’s offering a +900 price on that outcome. If McGregor is to win inside the distance, it’s likely to come in rounds 1-3, so that bet is likely no worse than any other on the menu for the round betting category. The prices on McGregor in round 1 or 2 are +180 and +360, respectively.

There are plenty of options for some skin in the game, even though arguably nothing on the menu screams slam dunk, +EV for a casual bettor. You wouldn’t be unwise to stay away from this fight.

McGregor’s megafight in the fall of 2018 against Nurmagomedov came early in the U.S. sports betting expansion, made possible by the May 2018 U.S. Supreme Court ruling.

New Jersey had launched online/mobile sports betting just a few months earlier, while the likes of Pennsylvania, Indiana, and Iowa were still a ways from launching their respective markets that are now live.

While McGregor’s star power has waned thanks to his losses — he’s just 2-3 in his last five bouts (factoring in the Mayweather boxing match) — and immense controversy in his personal life, he’s still one of the sport’s most marketable athletes thanks in large part to the UFC’s previous investment in him. The UFC isn’t done squeezing revenue out of him. The handle for his Cerrone bout should be one of the largest for the sport in 2020, perhaps no. 2 behind the betting interest in the historic Nurmagomedov vs. Tony Ferguson contest slated for this spring. That’s assuming McGregor doesn’t fight again in 2020.

Legal sportsbooks across the country are welcoming his return, none more than those in Las Vegas where the fight will be held. The timing of the fight, however, during the NFL playoffs, might not be ideal for the books, as many consumers could be saving their betting for football.

While individual books might have different levels of exposure on McGregor vs. Cerrone, the industry surely wouldn’t mind an early finish by McGregor, which would be the first step in him possibly rekindling his former magic and snagging that rematch with Nurmagomedov down the line.