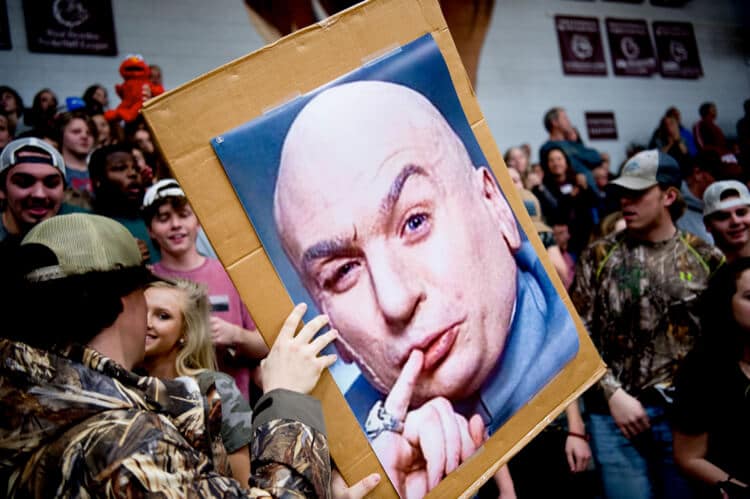 Let’s not bury the headline news here: When asked about the potential DraftKings-Entain merger during a keynote discussion Wednesday at the Global Gaming Expo in Las Vegas, MGM Resorts CEO Bill Hornbuckle said emphatically that his company “could block” DraftKings from operating in the U.S. if the proposed $22 billion transaction goes through.

“We have a great partnership with Entain, but it’s not a cheap date,” Hornbuckle added. “Will this relationship [with DraftKings] allow us to continue as currently constructed? Time will tell. That’s really up to what DraftKings and Entain want to do.”

DraftKings made surprising news with its offer last month, as that UK-based firm currently co-owns the BetMGM online casino and sports betting operation with MGM Resorts. MGM Resorts made a failed $12 billion bid of its own in January to acquire Entain.

Allen, who disclosed that he’s suffered two heart attacks and at least as many strokes, is so hard-core that, when asked about whether he’s reevaluated his work-life balance during the COVID pandemic, he replied, “My life is work. It’s what I do.”

He then acknowledged that this approach is “absolutely not” healthy.

Maddox struck a more endearing tone, saying, “Everyone in this room has rethought work-life balance during the pandemic. The pandemic was a wakeup call for me. Face time in an office is ridiculous.”

‘People get sick’ of betting ads

Brewer is a native Mainer who sounds like a Californian. She is also an excellent interrogator. She asked the triumvirate whether legalized sports betting has led sportsbooks to reel in gamblers who’ve ventured offshore, to which Hornbuckle replied, “I don’t know, but in Michigan, they said [mobile betting] would cannibalize brick-and-mortar, and the opposite has happened.”

When the conversation veered to crypto, the panelists hit pause.

“We don’t have a crypto and NFT strategy because of our regulatory environment,” said Maddox. “It’s not going away. I think it’s going to be a real push-pull between regulatory and decentralized.”

To this end, Hornbuckle noted that Chinese regulators are adamantly against crypto’s involvement in gaming, “full stop.”

Macau came up again as Brewer closed the discussion by asking the assembled honchos for their definition of success in 2022.

Regarding Macau, Maddox said he’d deem it a victory if his operation was “still going” in that lucrative, volatile locale. Regarding the rest of the world, he said 2022 would smell rosy if “we’re back to being human again.”