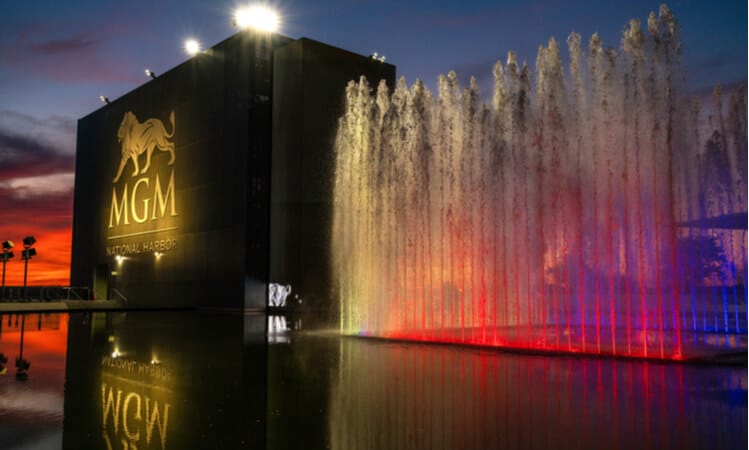 MGM Resorts International and Entain Plc, formerly known as GVC Holdings Plc, could greatly deepen their relationship under a possible merger, according to multiple reports late on Sunday.

The two firms, which in 2018 formed a 50-50 joint venture for U.S. online gambling, could become one in a deal worth more than $11 billion, Bloomberg reported, citing people “familiar with the bidding.”

The Isle of Man-based Entain is the owner of popular online gambling brands such as Ladbrokes and Partypoker. MGM and Entain are behind the BetMGM online/mobile sports betting brand in the U.S., but that’s just one piece of the larger online gambling pie.

Not the first bid, and it won’t be the last

MGM’s offer for Entain isn’t the first. According to Bloomberg, MGM made an all-cash bid late in 2020.

The bidding is a rapidly evolving story.

Entain reportedly said that the $11 billion “significantly undervalues the company and its prospects.”

An MGM Resorts spokesman did not immediately respond to a request for comment.

The company’s stock market value as of late last week was nearly $9 billion. MGM’s bid values Entain at 1,383 pence a share, a 22% premium from Thursday’s closing price. On the London Stock Exchange, Entain shares hit a 52-week high of 1,472.50 pence, before closing Monday’s session at 1,420.00. Entain shares closed on Monday up 25.3% on the session, representing its largest intraday move since 2009.

According to the report, Entain shareholders would own about 41.5% of the combined company if the deal was approved. Entain is licensed for online gambling in more than 20 countries, making a potential merger a very complex one from an operational and regulatory perspective.

The move to acquire Entain is reportedly backed by MGM’s largest shareholder, a holding company by the name of IAC. That New York-based company owns about 12% of MGM after an investment in the second half of 2020. It owns brands mostly in media and internet.