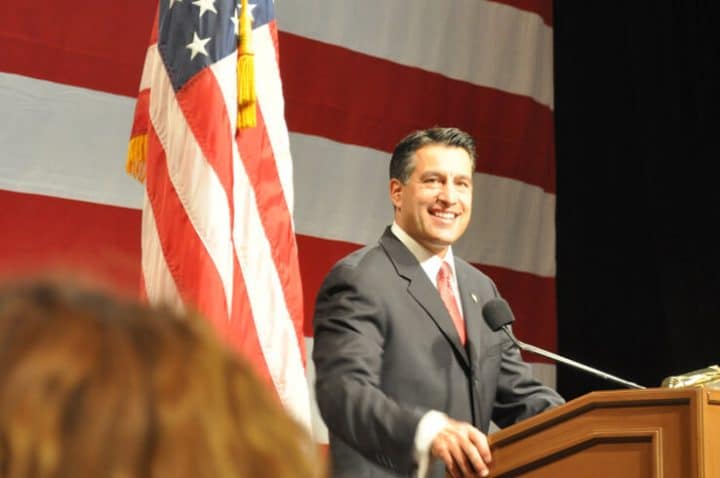 MGM is raising the stakes in the sports betting game.

On Tuesday, the casino juggernaut announced that it has hired former Nevada Gov. Brian Sandoval as its President of Global Gaming Development. MGM said in a presser that Sandoval, also a former chairman of the Nevada Gaming Commission, will “drive” the company’s “global expansion efforts,” most importantly in Japan. However, Sandoval was also brought on to help the firm with the emergent U.S. sports betting market, currently confined to fewer than 10 states.

It’s a major hire, as Sandoval is a high-profile former state official. He was once rumored to be a candidate for nomination to the U.S. Supreme Court.

Sandoval’s help with Japan, one of the largest untapped gambling markets in the world for the casino industry, comes in the wake of the company’s partnership with Major League Baseball, which is intended to give MGM a greater foothold in Japan.

“Few leaders are as widely respected, accomplished, and knowledgeable as Brian Sandoval, and we couldn’t be more excited to have him as part of the MGM family,” MGM Resorts CEO Jim Murren commented. “Governor Sandoval brings an unparalleled level of skill, leadership, and experience to the company, and we will benefit greatly from his in-depth expertise in gaming, public policy, and economic development.”

Despite being poised to capitalize on the U.S. sports betting boom and the growing online casino market, MGM plans to eliminate some of its workforce as part of a plan to “position the company for growth.”

The U.S. sports betting market has the potential to generate more than $18 billion in gaming revenue, according to a 2017 study commissioned by the American Gaming Association, of which MGM is a member.

The Sandoval hire came in the wake of news that MGM plans to layoff about 3% of its employees in an effort to boost its earnings by $300 million by 2021. That equates to more than 2,000 people as MGM moves to lay the “groundwork for the company’s digital transformation” in the online betting business.

The casino operator has opened up its checkbook for sports betting deals with not only MLB. MGM has also partnered with the NBA and the NHL. MGM owns the WNBA’s Las Vegas Aces and also is the host of the NBA’s annual summer league.

Caesars Entertainment, one of MGM’s main rivals, recently inked a marketing partnership with the NFL, so it hasn’t been a clean sweep for MGM. In July, MGM announced that it had formed a joint venture for sports betting and online casino with GVC Holdings, an Isle of Man-based online betting company.