MGM National Harbor testified in front of the Maryland House Ways and Means Committee that international casino cheats are eyeing the property. 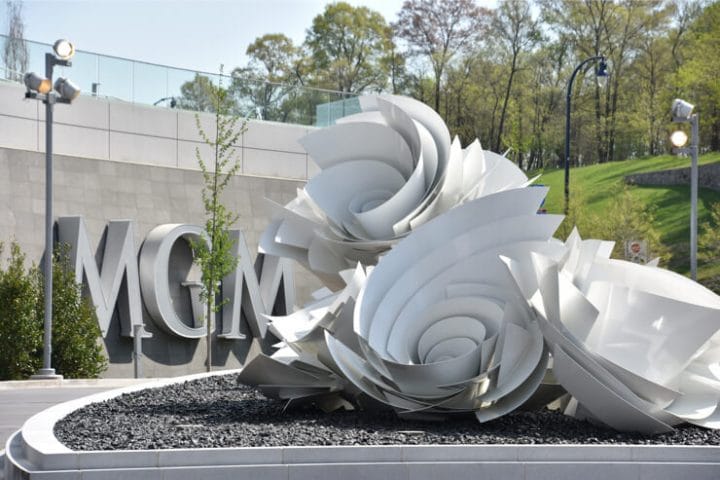 That could be happening, MGM said in upping the stakes in its efforts to convince the state of Maryland to pass a new law pertaining to cheating at table games in its casino.

The casino operator, owner of the roughly $1.4 billion MGM National Harbor gambling den in Prince George’s County, told a House committee on Friday that the law on the books needs to be updated. An MGM representative told lawmakers for the second year in a row that more than 60% of all the cheating that happens at MGM casinos nationwide occurs at MGM National Harbor.

Currently, Maryland is one of the only states that allows gaming that doesn’t have criminal penalties specifically for casino cheating, said Maryland Del. Jazz Lewis, a Democrat from Prince George’s County who is backing the measure, House Bill 1036.

“Our 10 properties in Vegas had a total of 51, and, again, we had 153,” Ruggiano said. “We don’t want people coming from out of state, or out of the country, to come here and take advantage of us because we don’t have any laws on the books.”

Kerry Watson, VP of Government Affairs for MGM National Harbor, stated at the hearing that there are “blogs online identifying Maryland as a soft spot.”

Ruggiano later added that “99% of the people who [cheat] are acting alone. The 1% would be the more  serious people who probably do it for a living, who travel the world and the United States.”

“I think it was two weeks after we opened our doors in 2016,” Ruggiano recalled, “we caught, the team is called a ‘Dominican team’ — that’s kind of what they are known as around the world — it’s a non-value roulette scam. This is all they do from casino to casino. We caught them at our property, and all we could do was evict them, so that’s what we did. A couple months later they were caught in the Bahamas and I heard they got two years [in jail].”

The 153 incidents in 2018 actually represented a down year for cheating. Ruggiano said at a hearing last year that there were 172 cheaters caught at MGM National Harbor in 2017. No lawmaker questioned the 12% dip. The casino might have had a bad year in terms of its success rate at catching cheating, but the discrepancy was never mentioned.

MGM pitched the bill as a way for the state to not lose tax revenue, so it was a bit of a problem that the casino operator couldn’t quantify that impact.

Maryland Del. Eric Ebersole, a Democrat, at one point questioned why MGM couldn’t provide that figure when it had all the cheating incidents in question caught on camera.

“You have the evidence here, you can see these people cheating, so you know how much they won,” Ebersole said. “You’ve cited 153 cases. In those 153 cases, before you ask these people to leave, how much did they take from you in total for the year?

“The dollar amount is what we’re really interested in here,” Ebersole added, “because the Delegate [Jazz Lewis] said one of the problems is that we’re losing money” earmarked for education.

Watson told Ebersole that MGM doesn’t want to publicize a dollar figure because it could draw even more attention to MGM National Harbor and the state as a cheating destination.

Ebersole replied, “It would help us, though, if we had an idea on the magnitude of this problem. It would help us decide if this is serious enough to give people criminal records, misdemeanors, and felonies for the crimes they are committing.”

MGM not providing that figure did not help its cause on Friday. The legislation pertains to crimes that increase in severity based on the dollar amount.

The casino admitted it wasn’t as well prepared when pushing the measure last year. Time will tell if the proposal can advance during the ongoing legislative session, scheduled to conclude in April.