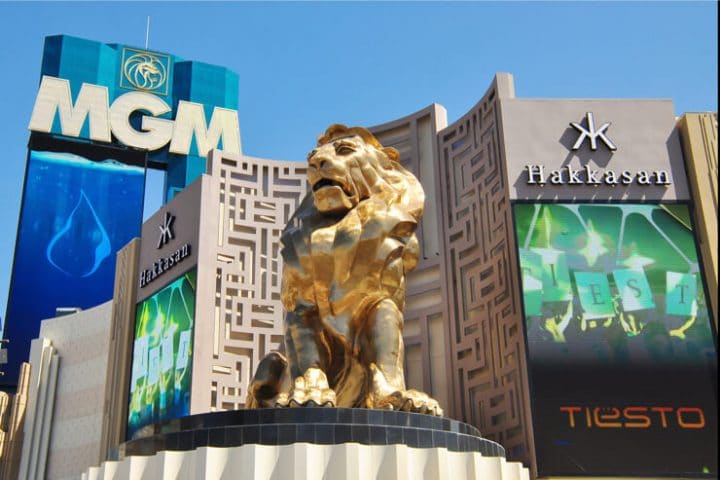 MGM Resorts moved even further ahead of its U.S. rivals after announcing another major sports betting partnership on Monday.

The casino operator has signed a non-exclusive deal with the National Hockey League. The pairing follows MGM and the National Basketball Association forging a partnership in July.

“The new sports betting landscape presents a unique opportunity for fan engagement utilizing technology and data that are exclusive to our League,” Bettman said in a statement. ”As a leading global gaming operator and entertainment company, MGM Resorts is the perfect partner for us to begin our transformative entry into this space. Fan engagement, technological advancement, and innovation are paramount to our progressive approach and will be at the forefront of everything we do.”

What we know so far

Under the deal, MGM will market many of its “world-class products and services” to NHL fans via the league’s media platforms, games, and other events. MGM will also use the NHL brand in its brick-and-mortar and mobile sportsbooks, wherever they are legal.

Sports betting is currently confined to just six states, but 2019 will feature heavy action on the legislative front. “We couldn’t be more excited,” Murren said.

“Combining MGM Resorts’ world-class sports betting operations and technology with the NHL’s top-level competition, iconic brands, and cutting-edge data will further transform the rapidly growing sports betting marketplace and solidify our position at the forefront of the industry,” he added.

The deal allows MGM access to “previously unseen enhanced NHL proprietary game data that will be generated by the league’s state-of-the-art tracking systems currently under development.”

The NHL and MGM both touted the M life Rewards program, which has a database of 31 million people.

Bettman said Monday that the NHL isn’t lobbying for the so-called “integrity fees,” championed by the National Football League. The American Gaming Association, which MGM belongs to, is actively lobbying against the fees that experts say amount to a backdoor royalty.

Expect the NHL to echo MGM’s stance on the sports betting issue as legalization spreads across the U.S.

The AGA’s response to Monday’s news was one of strong endorsement.

“Sports betting agreements through contracts enhance the fan and consumer experience,” said AGA Senior Vice President of Public Affairs Sara Slane. “The NHL’s announcement today further strengthens the bond between sports entities and gaming companies, who are each committed to preserving the integrity of the game. As legal sports betting expands, we are encouraged by the growing relationship between gaming companies and the major sports leagues.”

The AGA recently determined that even without a mandated royalty the NHL stands to reap more than $200 million in additional revenue annually thanks to widely available sports betting.

Financial terms of the “groundbreaking” multi-year deal between MGM and the NHL were not disclosed.

MGM is more thoroughly involved with the NBA than the NHL, despite the similar deals. MGM Resorts has been the title partner of the MGM Resorts NBA Summer League the last two years, and the casino giant also owns the WNBA’s Las Vegas Aces and the arena in which they play.

According to the AGA, the NBA could benefit to the tune of $585 million from sports betting.

Based on the revenue projections, the MGM-NBA deal is more high-stakes. It’s also worth noting that basketball is the second most popular sport for wagering in Nevada, home to the nation’s only mature sports betting market.

Even with the Vegas Golden Knights, the handle and revenue from hockey betting isn’t large enough to warrant its own category on Nevada gaming revenue reports.

Massachusetts Sports Betting Likely In 2019, Despite Chaos At Gaming Commission