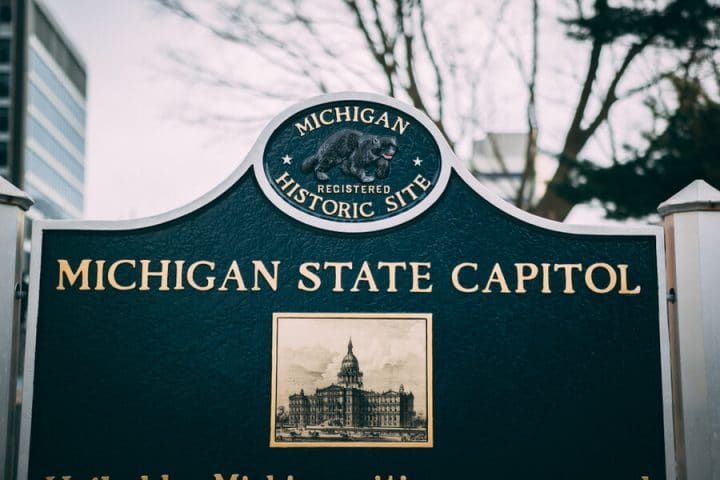 There’s increasing momentum to see online casino gambling launch in Michigan this year, as opposed to the first quarter of 2021, but right now it’s probably an underdog to come to fruition.

A group of 10 state policymakers is pushing for an odds boost.

A bill introduced last week in the Michigan Senate’s Regulatory Reform Committee would fast-track the licensing process by allowing casino gaming entities to offer the activity under a sort of early or automatic license, effectively bypassing the full licensing process for the time being.

In May, the state began formally accepting applications for online gambling licenses.

The state’s Gaming Control Board is currently working through the process of crafting regulations/rules and getting companies approved, under the direction of the legislation signed into law in December 2019.

The new three-page proposal, Senate Bill 969, would make it so Detroit commercial casinos and tribal gaming groups would be considered holders of an internet gaming operator license until the burden of social distancing goes away (under the guidance of health officials) or they receive a formal license by the state, whichever comes earlier. In other words, they could be approved for online gambling even before the rules are officially adopted. SB 969 is an unprecedented proposal.

Typically, rules are adopted and in place, and then licenses are awarded, ahead of a final OK for launch.

Right now, the Detroit casinos are closed with a reopening eyed for July. Many tribal casinos in the state have reopened. The casinos are implementing social distancing protocols to keep guests separated. Masks are also being used. Even reopened, the safety protocols amid the COVID-19 pandemic are not good for business. For example, some slot machines and table game seats must be unoccupied. Of course, many visitors are staying away from the properties due to the virus.

So, the intent of SB 969 is to provide relief as fast as possible in the form of fast-tracking online gambling amid the tough business environment. Michigan is one of just six states to have legalized some form of online casino. SB 969 would apply to online casino gambling and not online/mobile sportsbooks.

The bill is not on the Senate Regulatory Reform Committee’s agenda for Tuesday.

There is no guarantee the bill makes it out of the committee this year.

What regulators are saying

Currently, stakeholders in Michigan’s casino gambling industry are chewing on a proposed regulatory structure for the online gambling market. The Michigan Gaming Control Board still has the rules in the draft stage. The rules try to strike a balance between what is best for the industry and what the state thinks is best for consumers and itself. The industry does help write the rules that oversee its own activities.

The MGCB reiterated this month that there’s a chance everything could be completed this year, but it’s probably not something you’d want to bet any substantial chunk of your bankroll on.

The MGCB hasn’t taken any position on SB 969 or commented on the legislation’s impact on the work it’s doing right now. The rules for the industry, which cover all the nitty-gritty details that many customers will find similar to what is seen in the New Jersey and Pennsylvania online casino markets, must go through a review process by the legislature, which is part of the reason why they might not be done in 2020.

And then there’s the full licensing process, which SB 969 seeks to bypass. Even with rules adopted, it’s unclear if the finish line could be crossed in 2020 in the form of an online casino launch to the betting public.

The commercial and tribal casino industries in the state haven’t formally endorsed or opposed SB 969. It’s unclear what position the industry as a whole would take at a hearing.

There would likely be some support and some resistance to SB 969.

There are the three commercial casinos in Detroit and 12 federally recognized tribes that operate Class III casinos in Michigan. Some might oppose SB 969 for competitive reasons.

Michigan state Rep. Brandt Iden, the Republican lawmaker who spearheaded the gambling expansion legislation that passed in 2019, recently noted some of the issues with a 2020 launch of online gambling.

“What you’re seeing now is that tribal casinos and others have partnered with operators who have planned on one year [as a timeline], and are in fact taking that time to build out their platforms,” Iden explained at May’s ICE North America Digital conference. “Well, if we get everything up and going in an expedited timeline, let’s just say this fall, you run into a situation where you’re actually going to be at a competitive disadvantage if you’re one of those operators who is taking the time to build out that platform.

“In fact,” Iden continued, “they might not put the investment into Michigan that we originally anticipated. So, you have market issues and then you have consumers who might not be able to get the best options available, or all the options that they were otherwise going to get with this expedited timeline.”

Gambling bills are tough to pass in general, so SB 969 has an uphill battle for that reason alone, even if there’s an incentive by state policymakers to see online gambling generate revenue for the state as quickly as possible. The city of Detroit also relies heavily on casino gambling taxes, which represent an estimated 17% of the city’s revenue.

Furthermore, it’s unclear if Gov. Gretchen Whitmer would support a proposal like SB 969. A major roadblock to authorizing online casino gambling in the first place was the state’s internet lottery, which Whitmer fiercely tried to protect amid negotiations for the Lawful Internet Gaming Act.

Online lottery play is reportedly up significantly amid the pandemic.