If there's one thing you can wager on, it's that things'll stay weird 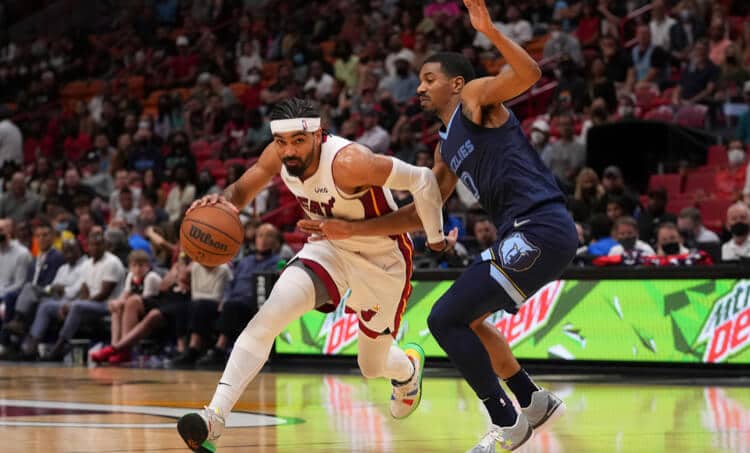 At the start of the 2021-2022 NBA campaign, it looked as though COVID was vanishing and the NBA was about to enjoy its first “regular” season since … geez, who can even remember at this point?

It wasn’t long after the start of the season that the Omicron variant led to teams losing two-thirds of their rosters to COVID protocols and games being postponed. The only silver lining is that the league’s hastily adopted replacement rule has allowed for the 10-day-at-a-time resurfacing of has-beens like Isaiah Thomas, Lance Stephenson, Greg Monroe, and Sauce Castillo, some of whom have donned multiple NBA teams’ jerseys over the past two months.

But, save for a few pleasant surprises and the exception of the Los Angeles Lakers on the other end of that spectrum, the teams that were supposed to be pretty good have been. Better still, Klay Thompson is back in action for the first time in nearly three years and Kyrie Irving is half back, with the Brooklyn Nets allowing him to play road games as he stubbornly refuses to get a certain vaccine that would allow him to play at home.

All in all, as the league hits midseason, it’s been a really wild ride — which should embolden sports bettors to (mostly) eschew heavy favorites and look down the list a bit for some real value plays. Here are a few that should be considered, in the opinion of the US Bets staff.

Milwaukee Bucks to repeat as NBA champs, 8/1 at PointsBet

When Giannis Antetokounmpo, Jrue Holiday, and Khris Middleton all take the floor, the reigning champs are one of the best teams in the NBA. But the Bucks’ Big Three has missed a significant chunk of time this season, which has Milwaukee sitting a few games back of the Chicago Bulls in the Eastern Conference and Central Division standings.

Assuming the team’s nucleus is healthy, the Bucks are a good bet to advance out of the East. And if the Bucks claim the conference title, you can easily hedge this bet entering the NBA Finals. With Kyrie Irving only available for road games due to COVID-19 protocols for the heavily favored Brooklyn Nets, there’s plenty of value in betting on the Bucks to make it out of the East and repeat as NBA champions.

Scottie Barnes to win Rookie of the Year, +430 at FanDuel

Scottie Barnes was an underdog right from the start of his NBA career, when the Toronto Raptors shockingly selected him fourth overall in the 2021 draft over Jalen Suggs. But he’s on everyone’s radar now after exceeding expectations in the first half of the season. The versatile forward ranks in the top five in nearly every major rookie statistical category, and he’s immediately become a cornerstone of the Raptors franchise.

He’s also getting the opportunity to play. Raptors head coach Nick Nurse is pushing him for over 35 minutes per game to this point, a number that will surely hold for the remainder of the season, as long as Barnes stays healthy. Nurse has even started using Barnes as a point forward in relief of starting point guard Fred VanVleet.

Sure, he might not lead all rookies in points by the end of the season, but Barnes contributes across every statistical category on both sides of the ball on a nightly basis. Averaging 14.7 points, 8 rebounds, and 3.5 assists while having the ability to defend four different positions, Barnes usually gets the exhausting privilege of guarding the opposition’s best offensive player each night.

Without a runaway favorite for Rookie of the Year, Barnes is a solid bet, especially if the Raptors can hold a playoff spot in the Eastern Conference. And he’s extremely likable, which obviously appeals to voters. Remember, the last basketball player that proclaimed himself a “fun guy” in Toronto brought home the franchise’s first and only NBA title.

Josh Giddey to win Rookie of the Year, 20/1 at BetMGM

While the Cavs’ Evan Mobley is a deserving favorite to win Rookie of the Year and Scottie Barnes has been similarly impressive with his maturity and all-around game, it’s 6’8” “Aussie teen freak” Josh Giddey of the Oklahoma City Thunder who’s flashed the most unique and intriguing game of any first-year player — and maybe player, period — in the NBA this season.

A lanky 19-year-old with a wild mop of hair and TikTok star looks, Giddey can best be described as a point forward who’s averaging upward of 11 points, 7 rebounds, and 6 assists per game. He won’t wow anyone with his athleticism, relying on canny tempo changes and a deft floater to create his own offense. His court vision, however, is positively dazzling, and he recently became the youngest player in NBA history to record a triple-double, a feat he threatens to accomplish on a nightly basis.

The fact that the Thunder aren’t in contention for a playoff spot hurts Giddey’s chances when pitted against the likes of Mobley and Barnes, but at 20/1, he’s by far the best bang for a bettor’s buck.

This Josh Giddey pass in transition left me speechless.

He’s such a gifted passer. One of the best in the league. pic.twitter.com/3xPaHqHZQ3

Stephen Curry (+135 at FanDuel), Kevin Durant (+220), and Giannis Antetokounmpo (+850) are all spectacular players and deserving MVP candidates, but each of them play on teams that are absolutely stacked with supplementary talent. The league’s reigning MVP, Denver Nuggets center Nikola Jokic, has no such luck, having lost his primary running mates, Jamal Murray and Michael Porter Jr., to serious injuries.

Without Denver’s Big Three, a PointsBet trader told CO Bets last month that the Nuggets were a “25-win team.” But with just Jokic in the lineup — posting his typically gaudy averages of 26 points, 14 rebounds, and 7 assists per game — the Nuggets are close to that win total and firmly in the Western Conference playoff picture at midseason.

Denver coach Mike Malone recently said the 6’11” Serb felt “disrespected” by the long odds he’d been assigned to repeat as MVP, something that happens pretty regularly in the NBA. (To wit, both Steph and Giannis have won the award in back-to-back years.) No one player means more to his team than the one-of-a-kind Jokic, and the fact that his coach is already publicly campaigning for his MVP candidacy bodes well for bettors who back him.

Sitting in second place in the Eastern Conference with a record of 26-14, the Nets have been a disappointment to this point and one of the more unpredictable and unreliable teams out there. They’re missing James Harden one night, they’re missing Kyrie Irving the next. They’ll beat the Lakers and Clippers back to back, then lose to the Rockets and the Magic.

Still, this latest win total of 52.5 underestimates them. The number was 56.5 before the season, and it has dropped a bit too far. It’s fallen in accordance with their pace, but looking at their remaining schedule, this still looks like about a 56-win team, assuming Irving will log quite a few more games in the second half of the season than the first and Harden will play himself into shape eventually. Even with the juice, the over is a good bet here — especially if you happened to bet the under before the season and can now take advantage of a hefty middle.

Just last week, when they were on a mere six-game winning streak, the Memphis Grizzlies’ odds to win the Western Conference title were 30/1 or fatter at nearly all legal sportsbooks. When that streak was extended to 10 games with a win over the mighty Golden State Warriors on Tuesday, those odds were halved virtually everywhere — except for FanDuel, which had the 26-14 Grizzlies at 24/1 to win the West.

All we can say is: Act fast. Sure, the West is stacked, but the loaded Grizzlies are as deep as the Mariana Trench and led by a human highlight reel in Ja Morant. Their youth will rightfully give some bettors pause, but look at what the Phoenix Suns accomplished last year with just two elder statesmen (Chris Paul and Jae Crowder) in the rotation. When things come together, they can come together quickly — and they sure have in Grit City this season.

Heat and Grizzlies to make NBA Finals, 200/1 at PointsBet

While the Grizzlies are now on everyone’s radar, the Miami Heat are flying under it. Just as deep as Memphis but far more seasoned, Miami has been unable to roll out its preferred starting five virtually all season thanks to COVID and significant injuries to stars young (Bam Adebayo) and old (Jimmy Butler). Yet the Heat, led by arguably the league’s craftiest coach in Erik Spoelstra, are just a couple games out of the top spot in the East.

No organization is as capable as the Heat of turning castaways like Max Strus, Caleb Martin, Gabe Vincent, and replacement sensation Omer Yurtseven into productive rotation players — or, in the case of sharpshooter Duncan Robinson, multimillionaires. With Tyler Herro the runaway favorite to win Sixth Man of the Year and defensive stalwart P.J. Tucker poached from playoff nemesis Milwaukee, the Heat are a great buy to win their first post-LeBron NBA title at 15/1 for FanDuel bettors.

And if you like the Grizzlies out West (even though their home court is in the Central Time Zone), why not get some modest action down with PointsBet at 200/1 odds for a Miami-Memphis finals matchup?