What are the 10 most popular bets on the legal(ish) political wagering site? 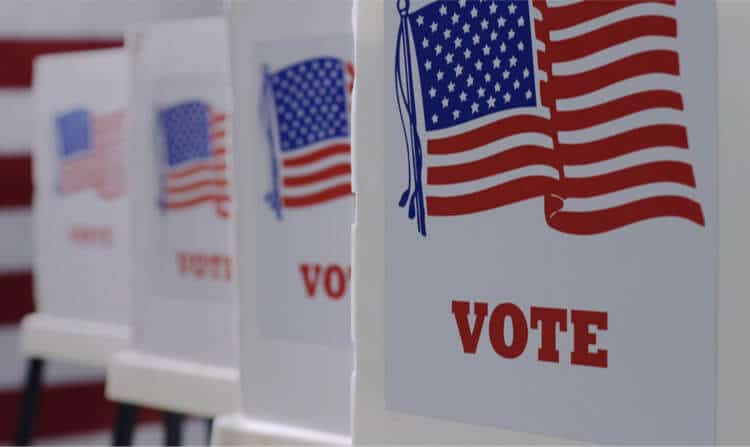 You can’t log in to your DraftKings or FanDuel account and wager on who will win the Texas gubernatorial race in November or which party will control the Senate after the midterms. Election betting in the U.S. isn’t quite that legal.

But it’s not exactly illegal either.

Americans can put money on political outcomes, not by betting against the house at a mobile sportsbook, but by utilizing an exchange wagering site that allows customers to essentially buy or sell shares in the answer to a question.

One such site, Kalshi, has been declared legal by the Commodity Futures Trading Commission, and elections are among the many real-world prediction markets it makes available. For political wagers specifically, PredictIt offers a wider variety of options — although it operates in a more gray realm, having received a neutral “no action” letter from the CFTC to conduct trading.

So PredictIt, neither explicitly legal nor explicitly illegal, has become the place to pile personal financial stakes on top of the extremely high human stakes of the upcoming November midterm elections. Those financial stakes are capped, however. The fine print spells out that “your investment in any individual contract is limited to a maximum of $850 at any one time.”

At any point along the way after buying shares, you can sell them for a partial profit or loss, depending on how the odds have moved. PredictIt charges a 10% fee on all profitable investments.

PredictIt has markets available not only on 2022 midterms and primaries for those midterms, but also for the much-anticipated (or much-dreaded?) 2024 presidential election. As of June 28, here are the 10 most heavily traded markets on the site:

Far and away the most popular market on PredictIt sees the current governor of Florida, DeSantis, favored over the former president at the equivalent of a +144 price (to Trump’s +194). Other candidates in the mix include Nikki Haley and Mike Pence at 6¢ apiece, Mike Pompeo at 5¢, and some notables on the fringes such as Tucker Carlson (2¢) and Donald Trump Jr. (1¢).

Given the presence of an incumbent in Biden, it’s wild that he’s plus-money to get the nomination and that this field is so wide open. Then again, Biden will be 81 years old at the time of the next presidential election, so the speculation is understandable. If it’s not Biden (whose price is equivalent to a +170 bet) or his current VP (+488), Pete Buttigieg and Gavin Newsom are both trading at 13¢, followed by holdovers Hillary Clinton (5¢), Bernie Sanders (4¢), and Elizabeth Warren (4¢), as well as fresher faces like Alexandria Ocasio-Cortez (4¢) and Stacey Abrams (4¢).

The primary takes place Tuesday, so this market is about to close, but it attracted a lot of action before it became so abundantly clear that current Gov. Hochul — now the equivalent of a -9900 favorite — had it wrapped up. Others trading at 1¢ include former Gov. Andrew Cuomo, Bill DeBlasio, and Alexandria Ocasio-Cortez.

4. Who will be speaker in the next Congress

The top two candidates are Republicans, which illustrates the widespread expectation that the GOP will take over the House majority after the midterms. (The next two candidates are Democrats Nancy Pelosi at 6¢ and Hakeem Jeffries at 4¢.) McCarthy’s reelection in California’s 23rd District is in little doubt, but he’s only a -233 favorite to be speaker (Scalise is a +1150 dog), indicating some potential wavering of his support within the Republican Party. Of note: Donald Trump, who has not declared any intention to run for a House seat, is trading at 3¢ for the speaker role.

The numbers equate to -257 odds that the GOP controls both houses of Congress and +354 odds on a Republican House/Democratic Senate split. The reverse split is priced at a mere 3¢, while the Democrats holding a majority in both is an 11¢ shot. If you dare dive into the PredictIt user comments, the common sentiment is that the recent actions of the Supreme Court have energized the left’s chances of winning Senate seats.

These numbers fall right in line with the “balance of power” numbers above. The GOP is a -733 favorite to win the House, while the Democrats are a +614 underdog. For what it’s worth, that’s a slightly more customer-friendly spread than what bettors typically find between moneylines at a sportsbook.

In conjunction with the top two most heavily traded markets, again we see — not surprisingly — that there’s a lot of interest in who will sit in the White House some 2½ years from now. DeSantis has the shortest odds at +223. Trump, the favorite until about two weeks ago but in slight decline as more information comes out via the January 6 insurrection hearings, is next at +286. And the next three spots belong to Democrats: Biden at 21¢ (+376), Harris at 8¢ (+1150), and Buttigieg at 6¢ (+1567).

This is an atypical market, as it’s based on a primary election that took place on June 7 and the outcome is simply down to the continued counting of the ballots. But it sure looks like those who bought shares of Democrat Bass to win the primary by 6% to 8% (which was priced as low as 7¢ when the market opened in early June) are going to get paid — though Bass still needs to beat Republican Rick Caruso in a runoff in November to become Los Angeles’ mayor.

The markets continue to point toward the Republican Party holding a majority in the Senate after the midterms, with the next highest prices after 53 and 52 coming on 54 seats (16¢) and 51 seats (13¢). The fifth most likely scenario according to the betting is a 50-50 split that leaves the Democrats in the majority position at 12¢. Various other numbers are priced as single-digit-cent longshots.

10. Which party will control the Senate after 2022

These prices translate to the Republicans as -257 favorites and the Democrats as +223 underdogs. Again, some six months out, the comments section on PredictIt paints the Supreme Court’s decision to overturn Roe v. Wade as potentially of great consequence in giving Democratic candidates a better chance. But you may want to just take our word for it, as wading into a politically charged comments section is not recommended for those who don’t want to become +10000 underdogs to retain their sanity.