Sports bettors have a new opportunity at the baseball venue in D.C.

The honeymoon between major U.S. sports leagues and gambling companies moved yet another step forward Monday with the opening of a BetMGM Sportsbook at Nationals Park in Washington, D.C.

The site, located near the center field gate, will be open year-round from 11 a.m. until midnight. Live odds and more than 40 big-screen TVs are accompanied by six betting windows with cashiers in addition to numerous self-betting kiosks for sports betting.

Full-service food and dining options also will be available for those who want more than just a “bet-and-run” experience.

“We’re constantly pushing the boundaries to deliver sports fans unique experiences, and that’s just what we’ve done with the new BetMGM Sportsbook at Nationals Park,” BetMGM CEO Adam Greenblatt said in a statement. “Whether fans are attending baseball games or looking for a place to watch any sporting event, the BetMGM Sportsbook at Nationals Park is bound to be one of the most engaging sports viewing environments in the District.”

MLB was one of five major sports organizations that spent six years fighting against New Jersey’s effort to offer Las Vegas-style sports betting. But since a May 2018 U.S. Supreme Court ruling that struck down a 1992 federal law and opened the floodgates for any jurisdiction to offer such wagering, each organization has changed its tune to varying degrees.

“The BetMGM Sportsbook at Nationals Park represents the newest way in which we are providing our fans with the best experiences in sports and entertainment,” said Alan Gottlieb, chief operating officer of the Lerner Sports group, which owns the Nationals baseball team. “Upon its opening, the sportsbook immediately becomes one of the neighborhood’s premier venues for both the savvy bettor and casual fan to watch the top events in an upscale and electric atmosphere.”

D.C. ahead of the pack at sports venues

The new retail sportsbook complements the BetMGM app that launched in the district last June, allowing users to place mobile wagers within a two-block radius of Nationals Park. The extent of federal land within the district — and the need to exclude it — has complicated the rollout of mobile betting in the area.

The sportsbook also will not be directly accessible to fans in attendance at Nationals games, though those fans can simply place bets via BetMGM’s mobile app.

Greenblatt said that the opening of the sportsbook — located in the space previously known as Center Field Social, across Center Field Plaza from the Nationals Team Store — adds to the company’s influence in the region.

“They can utilize the BetMGM mobile app anywhere in Virginia, they can visit the newly-opened retail sportsbook at MGM National Harbor in Maryland, and now in D.C., they can access the first sportsbook connected to a Major League Baseball stadium,” Greenblatt said. “We’ve established great partnerships that allow us to bring these one-of-a-kind touchpoints to the DMV.”

The district in 2019 hired its own private company to offer a lottery-related sports betting product, but that has disappointed some users due to numerous issues.

Both BetMGM and Caesars (formerly William Hill), which opened a sportsbook at Capital One Arena last spring as the first of its kind at a pro sports venue in the U.S., offer better payouts for gamblers than the lottery option and thus have proven more popular. Capital One Arena’s two-story, 20,000-square-foot sportsbook at the home of the Wizards basketball team and Capitals hockey team features 100 screens, 17 betting windows, and a dozen betting kiosks. 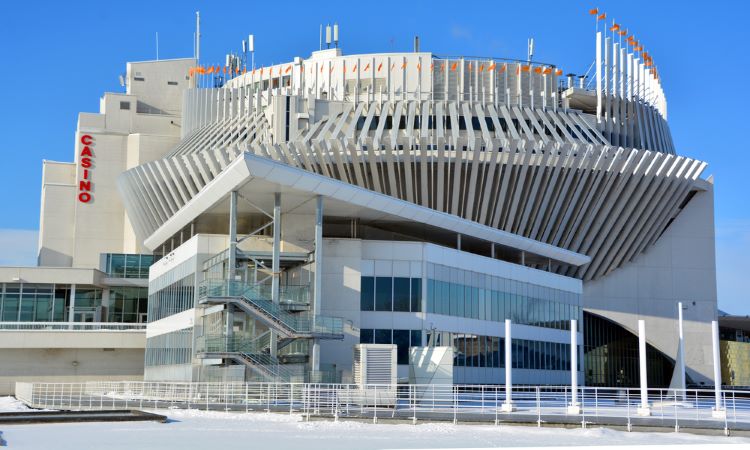