Millennials appear to be a key emerging demographic for sportsbooks looking to expand their offerings via eSports. 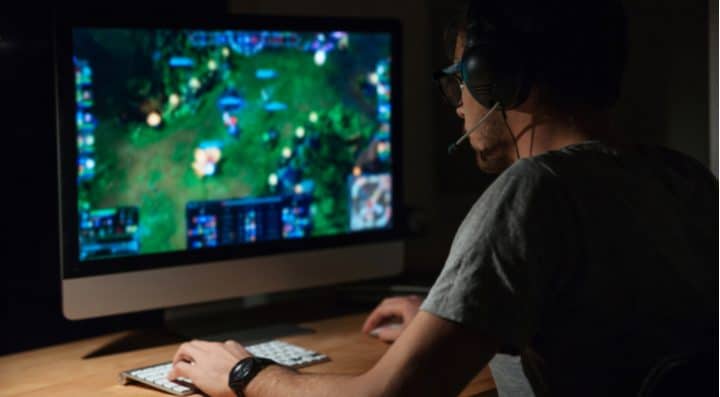 By now, millennials have “killed” everything from rock ‘n’ roll to beer and a lot of things in between if you were to believe social media. However, they also have the chance to bring eSports to life — or at least more mainstream in terms of sports wagering.

Three panelists along with moderator and Neosurf CCO Andrea McGeachin convened Monday during the SBC Digital Summit and discussed the various effects eSports have had on the sports betting market. To a degree, eSports has become more pronounced and more visible due to the global COVID-19 pandemic, and how the next generation is poised to help it find a spot in a crowded field when scheduled sporting events do return to sportsbooks and casinos is a topic of conversation.

“What people don’t understand is the passion and the hardcore fans of eSports, it might rival or definitely be the equivalent of traditional sports fans,” said Paris Smith, CEO of Pinnacle sports. “You can definitely push the product without alienating the hardcore fans, and by doing that you become more authentic, and that’s a word you hear with eSports a lot.”

A common path into eSports for all

Smith and her fellow panelists noted companies that successfully reach eSports bettors have someone who is an advocate within the organization. Sergey Portnov, CEO of Parimatch, said his deputy CEO was “obsessed with eSports.” It took over three years before his company broke through but noted that eSports was a “top five” in normal times and “top two” now. Portnov noted that during normal times, eSports competes with ice hockey and basketball while residing behind soccer and tennis in Parimatch’s betting popularity.

For Pavol Krasnovsky, the CEO of RTSMutiny, his brother served as a gateway to eSports, playing while he studied at the University of Warwick seven years ago. Krasnovsky jokingly admitted being angry at his younger brother for “playing too much League of Legends” and challenged him to come up with a way to monetize it.

He compared League of Legends and its mathematical possibilities to the mid-1990s, when IBM’s “Deep Blue” defeated chess grandmaster Gary Kasparov and was the first computer to beat a reigning world tournament champion. From there, Krasnovsky discussed using artificial intelligence and non-traditional modeling structures that helped RTSMutiny strike a deal with Betfair, which operates under FanDuel in the U.S.

Figuring out growth, transparency, and inclusion

Each panelist cited a different area that could help maintain eSports visibility when traditional sports return. Portnov appeared to take the most aggressive commercial tack, noting that branding matters and emphasizing to the millennial crowd they are part of a bigger picture that includes those traditional betting markets.

“From what I see, it blends so nicely with traditional sports,” he added. “Those millennials, they’ll play Barcelona, they’ll bet on Man United … they are just like anyone else. If we’re talking about serious commercial business, it has to be blended into one single gaming ecosystem with all the products.”

Krasnovsky picked up on Portnov’s marketing theme, noting eSports gets less than 5% of its revenue from media rights compared to 60% for traditional sports like soccer. Marketing for eSports, though, according to Krasnovsky, “means the organization must be super great in terms of integrity. Because if you lose integrity, you immediately lose revenue from your sponsors.”

Smith noted there is a push and pull between exclusive eSports companies which use that exclusivity as a wedge against competitors offering traditional sports for an inability to “provide a true experience.” But she also thinks those traditional sports betting outlets are trying to add eSports and looking to ramp up both infrastructure and scaling to address that shortcoming and provide “a full ecosystem of sports betting.”