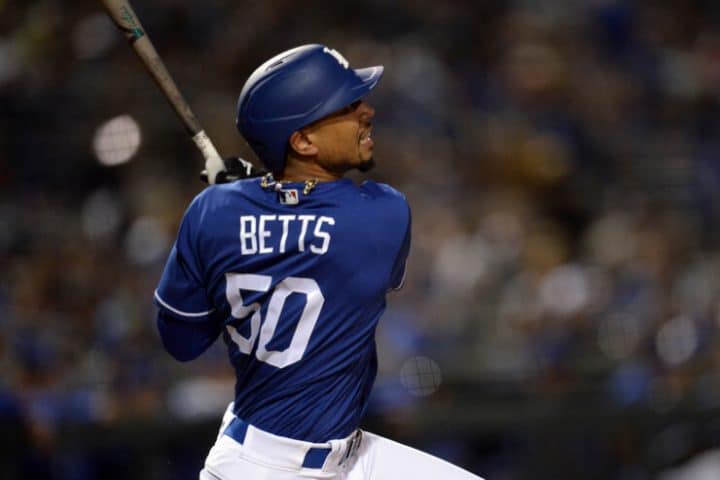 The 1995-96 Chicago Bulls’ record 72 regular-season wins stood for two decades, until the 2015-16 Golden State Warriors won 73 games. Could the Los Angeles Dodgers challenge that mark in 2020?

Cross-sport humor aside, the latest proposal for the upcoming MLB season would completely overhaul the betting landscape, from restructured scheduling affecting win totals to an expanded playoff field shifting postseason odds. The simple math of an 82-game season already throws a wrench in the game, and the rule changes under consideration further complicate baseball betting.

On May 11, MLB owners accepted a plan that would look like this:

This setup presents clear advantages for teams depending on region and roster depth, while giving more opportunities for fringe contenders to make postseason runs.

Geographical scheduling and the 70-win Dodgers

The proposed geographical scheduling would be the most significant factor from a betting perspective, and the impact is two-fold. Teams that end up in a favorable “division” not only get to beat up on the bad teams, they avoid playing the good teams.

The schedule could be done in a truly regional fashion, with Houston and Texas returning to the Central, Pittsburgh moving to the East, and so on. Or, the setup could be teams playing in-division opponents and the corresponding interleague division, so the AL East plays itself and teams in NL East only, for example.

The Dodgers added former AL MVP Mookie Betts and former AL Cy Young winner David Price to a team that won an NL-leading 106 games in 2019. Baseball Prospectus’ PECOTA projections had Los Angeles at 103 wins in late March (for a full 162-game season), the last time the system was updated. That’s 24 more wins than the Arizona Diamondbacks and 25 more victories than the San Diego Padres. So yeah, the Dodgers were sitting pretty.

Now add in the top-heavy AL West. Looking past the sign-stealing scandal and its repercussions (if you can call them that), Houston will be a force again in 2020. But after that, it’s shaky. The Los Angeles Angels signed Anthony Rendon to man the hot corner, but after him their biggest offseason addition was … Julio Teheran? Dylan Bundy? The core of their lineup is excellent but the rotation maintains its perpetual lack of depth. The Oakland Athletics are solid and should compete for a Wild Card spot with a young and intriguing roster. The Texas Rangers and Seattle Mariners, however, are going to be brutal, projected for 73 and 67 wins by PECOTA, respectively.

PointsBet has the Dodgers’ win percentage at over/under 62.5%, which would mean a 52-30 record to hit the over. A 104-win full-season pace while avoiding the NL East seems quite doable. Houston at over/under 58.5%, or a 48-34 record, is firmly in play for the same reasons.

The beasts in the East

The NL and AL East were already packed with title contenders, and 82 games of them battling each other would be awesome. On both FanDuel and DraftKings, five of the top eight World Series favorites are from the East. The Yankees, Atlanta Braves, Tampa Bay Rays, and Washington Nationals are in the top seven spots at both books, while FanDuel has the New York Mets at eighth and DraftKings the Philadelphia Phillies.

This brings the winning percentage over/unders into play for the opposite reason. The Braves would have to go 46-36 to hit the over on PointsBet, while the defending champion Nationals would need 47 wins. PECOTA has Atlanta at 83 wins and Washington at 87 victories, well below the half-season pace needed to go over the winning percentage lines.

And how about the bottom-dwellers? The Baltimore Orioles and Miami Marlins were tied for the longest World Series odds on FanDuel and DraftKings. The Orioles are the biggest long shots to win a division title at both books (+25000). Now they’re stuck matching up against legitimate postseason contenders every night, except when they play each other.

PointsBet has Baltimore at an over/under winning percentage of 34.5%, and while 29 wins to hit the over seems easy enough, this team only won 54 games in 2019. They’re trotting out the same group this season, minus their best hitter in Trey Mancini, who is battling colon cancer but incredibly hopes to play in 2021. It’s hard to imagine the Orioles winning more than a third of their games.

Miami was the worst team in the NL last season, but added Jonathan Villar, Corey Dickerson, and Jesus Aguilar to a lineup sorely in need of an overhaul. Still, 34-48 to hit the over seems aggressive given the competition.

Playoff props get a boost

An expanded playoff format obviously improves postseason odds for every team and should make the regular season more interesting, similar to when the second Wild Card was introduced. Teams projected to finish second or third in their division and battle for a shot to play in the one-game Wild Card playoff will now make the postseason comfortably.

The Minnesota Twins are the clear favorite to win the AL Central, but the Cleveland Indians will be in the mix. FanDuel and DraftKings have the Chicago Cubs, St. Louis Cardinals, and Cincinnati Reds in a tight race for the NL Central crown. Vegas Insider has this group in the +120 to +170 range to earn a postseason berth, which makes sense.

The better bets will be the teams on the outside looking in who may have a chance to sneak into the playoffs with extra spots up for grabs.

The Boston Red Sox have been left for dead after the Betts trade suggested a rebuild, but they still have a deep lineup and capable bullpen. The Toronto Blue Jays have a wealth of young talent headlined by Bo Bichette and Vlad Guerrero Jr., and revamped their rotation this offseason by adding veterans Hyun-Jin Ryu, Tanner Roark and Chase Anderson. It’s possible the East cannibalizes itself and one of these two teams gets hot and sneaks into the playoffs. Vegas Insider has the Red Sox at +200 and the Blue Jays all the way down at +800.

The Milwaukee Brewers were extremely busy this offseason, overhauling a 89-win team that fell short in the NL Wild Card game. Their bullpen is imposing and the lineup is still solid, and now features depth with guys like Avisail Garcia and Brock Holt. A line of +190 to make the postseason has some upside. Same goes for the aforementioned Angels at +210 and Padres at +190.

It’s a half-season; any decent team can make a run. Let’s just hope we get the opportunity to see it happen.