Short money on the Astros or Dodgers or a long shot on the Twins or Cubs? And which team is intriguing at +1100 to miss the playoffs? 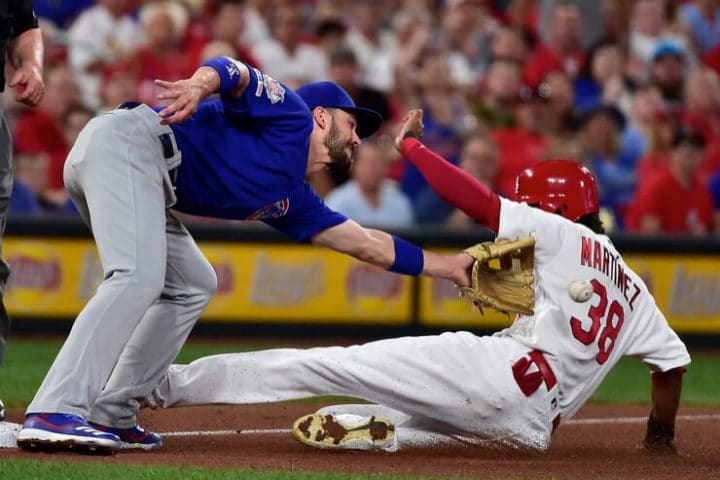 You know the end of the Major League Baseball season is near when little “x”s and “z”s start showing up in the standings, indicating teams have clinched division titles and playoff berths.

(You also know it’s near when the NFL regular season begins and everyone except for sports betting enthusiasts, DFS players, and fans in about 10 or 12 cities completely loses interest in baseball.)

The Los Angeles Dodgers have clinched the NL West. The Atlanta Braves have clinched at least a Wild Card, and their magic number to wrap up the NL East is three. The New York Yankees can clinch the AL East today, and the Houston Astros can lock up a playoff spot with a win tonight.

A few months ago, there were 30 teams you could wager on to win the World Series. We’re now down to 17, and in a few days that number will likely shrink to 12. Every team is 10-12 games away from the end. Betting value certainly isn’t what it was if you identified some winners at the start of the season. But is there still value out there?

PointsBet sportsbook, available in New Jersey and Iowa, has will/won’t make the playoff odds, but the gaps between the sides tend to be wide. For example, you can risk $50 to win $1 that the New York Mets will miss the postseason, or you can risk $1 to win $14 that they’ll make it.

Realistically, there are six teams in each league fighting for five spots. The defending champion Boston Red Sox are nine games out of the AL Wild Card and not worth thinking about, while the Mets, Philadelphia Phillies, Arizona Diamondbacks, and San Francisco Giants — all of which you can still bet on to win the World Series — are effectively out of contention. The Mets are the only one of those teams that PointsBet is still offering will/won’t make playoff odds for because, despite being four games out of a Wild Card spot with 11 to play and needing to pass multiple teams, they have a soft remaining schedule (Rockies, Reds, Marlins, and a likely playing-for-nothing Braves team to cap the season).

If we assume the Yankees and Astros are in, that leaves the Minnesota Twins, Cleveland Indians, Tampa Bay Rays, and Oakland A’s fighting for three spots in the AL. The Twins lead the Indians by 5 in the Central and Minnesota’s remaining schedule is easier than the Mets’: White Sox, Royals, Tigers, Royals again. PointsBet is on top of this and isn’t offering will/won’t bets on the Twins.

The Rays have a tough remaining schedule, however: one game against the Dodgers, four against the unmotivated but dangerous Red Sox, two against the Yankees, and then three against a bad Blue Jays team. If there’s a bet worth making here, it’s on Tampa at +119 to stumble.

In the NL, the situation is similar with two teams having clinched, one division up for grabs, and four teams — a miracle finish from the Mets or Phillies aside — playing musical chairs with three playoff bids. The St. Louis Cardinals (84-67) lead the Central by two games over the Milwaukee Brewers and Chicago Cubs (both 82-69), while the Washington Nationals (83-67) hold the top Wild Card spot.

The Nats don’t have an easy schedule the rest of the way, though. They play the Cards today, get to enjoy three games against the hapless Miami Marlins, then close with five against the Phillies and three against the Indians. St. Louis’ remaining road is rocky, too; after today’s game against Washington, they have seven more games against the Cubs and three in Arizona. Milwaukee is the team with the cakewalk ahead: Padres, Pirates, Reds, and Rockies.

So where’s the betting value? The Nats are -2500 to make the playoffs, +1100 not to. St. Louis is -556 to get in and +400 to slip out. Chicago is leading the season series with St. Louis 7-5. If you believe the Cubs can get the better of their seven remaining games, that +400 number is appealing. Before today’s Nats-Cards game starts at 1:15 ET, it’s not a bad time to take a stand on which team will lose today (the Nats are rolling out Cy Young favorite Max Scherzer; the Cardinals are at home) and get behind that team at a healthy payout to finish sixth in the NL.

Another betting option is to look at the NL Central division — the only one DraftKings Sportsbook (available either live or online in New Jersey, West Virginia, New York, and Mississippi) still has odds up for. Even without Christian Yelich, the Brewers and their soft schedule look tasty at +400, while St. Louis sits at -177, and the Cubs are +275.

For the dozen teams with realistic playoff hopes, here are the best World Series title odds we found for each after surveying assorted sportsbooks:

There are two opposing approaches to take. One is to say that the Astros, Dodgers, and Yankees are clearly a cut above the other teams and will be able to rest and get their rotations in order and feast in the first round on teams that had to battle down to the wire to secure their playoff spots.

The other is to acknowledge that, almost as much as the NHL playoffs, the MLB postseason has become a crap shoot and any team can win if their bats get hot or a couple of starting pitchers pull a Madison Bumgarner.

A parlay of three series wins, if all teams were equal, would have true odds of 7/1. All teams are not equal, but in baseball, when so much can go wrong in a given week, it’s hard to see anything below +400 as good value.

That said, the Astros at +100 at PointsBet to win the AL might not be bad for a modest-return play.

Last year, the Red Sox had the best regular season record and won it all. But they were only the fifth team to do that this century.

If this were the NBA, a team with Houston or L.A.’s talent might look like good value. But in baseball, nobody is ever that big a favorite over anyone else.