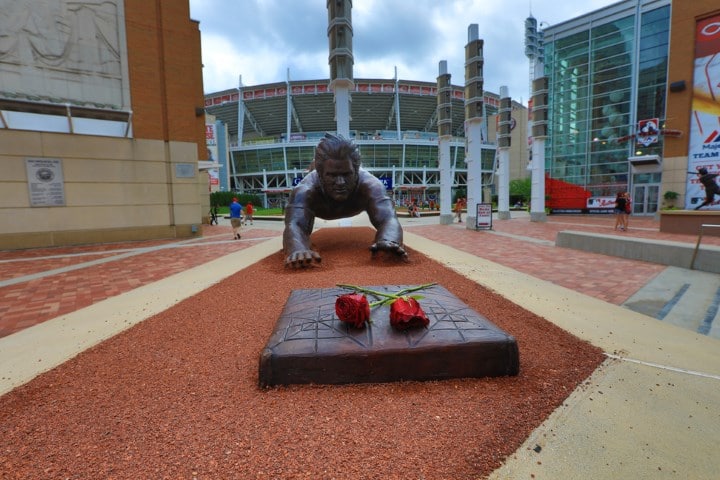 Major League Baseball’s historic deal with MGM Resorts for legal and regulated sports betting, which was announced in New York on Tuesday, is not going to be rejeuvenating efforts on behalf of Pete Rose or his camp for MLB reinstatement or induction into the National Baseball Hall of Fame, the all-time hit leader’s attorney said exclusively to US Bets on Thursday.

Rose is aware of the sports betting development between the league and the casino operator, but he isn’t commenting on the matter, according to his attorney, Ray Genco.

A reboot of efforts for Rose’s reinstatement, which is required for Hall of Fame enshrinement, is “not on the radar,” said Genco. Commissioner Rob Manfred decided in 2015 to reject Rose’s application for reinstatement, which would have allowed him to work in Major League Baseball once again and also become eligible for Cooperstown. Genco referenced Manfred’s conclusion three years ago as still the final word on the matter, saying that the decision was “best for Major League Baseball.”

A lot of the reaction on social media in the wake of the league-level sports betting deal involved what it could mean for Rose. A Twitter poll from ESPN’s Darren Rovell addressed the issue, and more than 20,000 people weighed in. The vast majority thought the MLB-MGM deal should change things for the 77-year-old Rose.

POLL: Baseball now has its first gambling partner in MGM. Should Pete Rose now be eligible for the Hall of Fame?

The outpouring of support for Rose arguably overshadowed the historic nature of the MLB’s partnership with the Las Vegas-based casino juggernaut. Remarkably, Rose was a hot topic in the wake of the mid-May Supreme Court ruling that made the aforementioned partnership possible. Rose reportedly was trending on Twitter after the historic ruling from the nation’s high court.

Rose’s popularity is staggering considering how long it has been since he played. According to an October report from the New York Times (paywall), Rose is still among America’s most recognizable sports stars. His gambling likely made him more famous in his post-playing days than he would have been otherwise.

The month prior to the Supreme Court ruling, Cincinnati.com reported that Rose’s estranged wife, Carol Rose, had recently accused him of still exhibiting problem gambling behavior, with alleged debts to casinos and the IRS. The allegations were contained in a court filing. Separately, Rose has denied relatively recent sexual misconduct allegations stemming from his playing days decades ago in the Queen City.

In rejecting Rose for reinstatement in 2015, Manfred expressed concern that Rose “has not presented credible evidence of a reconfigured life.” Suffice to say, Major League Baseball isn’t going to be changing its position because of a deal with MGM. It’s worth stressing that despite its embrace of regulated sports betting, Major League Baseball still won’t allow players, coaches or umpires to bet on the sport.

In 2004, Rose first admitted to having illegally bet on baseball when he was a manager (and possibly as a player), but reported inconsistencies in his recollection over the years also have diminished his chances for reinstatement. Basically, many people don’t believe he has come totally clean with regards to betting.

Manfred specifically mentioned in 2015 that Rose still posed a threat to the “integrity of our sport.” The commissioner added that Rose admitted to still betting on baseball, albeit legally now.