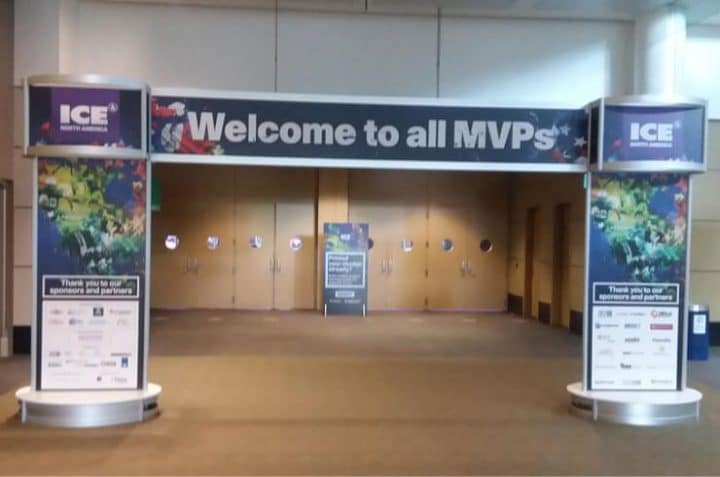 While the idea of “integrity fees” for some U.S. professional sports has been a leading lightning rod for national and international gaming conferences for the past year, the tide has begun to shift.

This was apparent at this week’s ICE North America gaming conference in Boston, which attracted more than 2,000 attendees from around the world to focus on U.S. gambling legalization expansion.

MLB executive Kenny Gersh exemplified the change. After a famous showdown with American Gaming Association VP Sara Slane at the G2E event in Las Vegas last fall over sports betting integrity fees/royalties, this time around Gersh was all about “official data.”

At this conference, both MLB, which also pushes for integrity fees, and the NFL, which does not, laid out the behind-the-scenes efforts in the past year that give them the confidence that their data is essential to any sportsbook. That’s especially true, they say, for in-game betting.

When it was suggested that Gersh seemed to think his data was clearly superior to feeds that offshore sportsbooks get, for example, Gersh said, “I know our data feed is better, I don’t just think it. We just haven’t made this available before.”

Gersh added that in 2015, MLB created a data feed called Statcast. The technology was brought to all 30 ballparks, and with standards set, this led to “exit velocity,” “launch angle,” and the other new terms that pop up on broadcasts regularly these days.

But that innovation was focused on benefiting media, Gersh said. With the advent of in-game sports betting, Gersh said the league’s technology has a new point of service.

“No one can match the infrastructures that we have in these ballparks,” Gersh said. “We can change the way sports betting in America works.”

What we will bet on may change

What’s interesting about this effort — which now runs across all major sports — is that it’s pointing toward in-game betting going well beyond questions like, “Will the Yankees score in the next half-inning?” It could extend to “Which player’s batted ball will have the highest exit velocity?” or “Which of the Bruins will have the hardest-hit slapshot tonight?”

If millennials in particular embrace such new options, that will provide a major market advantage to sportsbooks buying this official data compared to legal rivals that don’t and illegal rivals that can’t.

“I don’t believe anyone thinks sports betting will look the same in five years as it does today,” Gersh said. “We have tools that we will make available.”

MLB had drawn the interest of betting operators as well as bettors because, as Gersh notes, “Baseball, at its essence, is a series of discrete events.”

Sportradar CEO Carsten Koerl, speaking on the same North America panel, said that a difference between the European bettor and his/her American counterpart is that “people here are so interested in numbers.”

Jamie Shea, who is in charge of the digital sportsbook at DraftKings, told the audience that the company’s experience with New Jersey bettors has been “amazing.” She said that of those who have bet on the NBA this season, 90% of them have tried an in-game bet. With tennis, the figure is 85%.

The looming launch of mobile sports betting as well as online casino gaming in Pennsylvania was significant enough for the ICE North America gaming conference to decide many months ago to give the state a panel all to itself at the two-day conference.

But instead, the conference took place before mobile gambling has launched (though the state does now have numerous land-based sportsbooks).

So Susan Hensel, director of licensing for the Pennsylvania Gaming Control Board, had to settle for telling her audience that mobile sports betting — which debuted last summer in neighboring New Jersey — was “imminent.” Online poker and casino games are due to start July 15.