Athletes As Commodities, Alex Rodriguez, And Free Markets Meet At A Bar

A-Rod is a major investor in Mojo, which will allow people to trade athletes as stocks 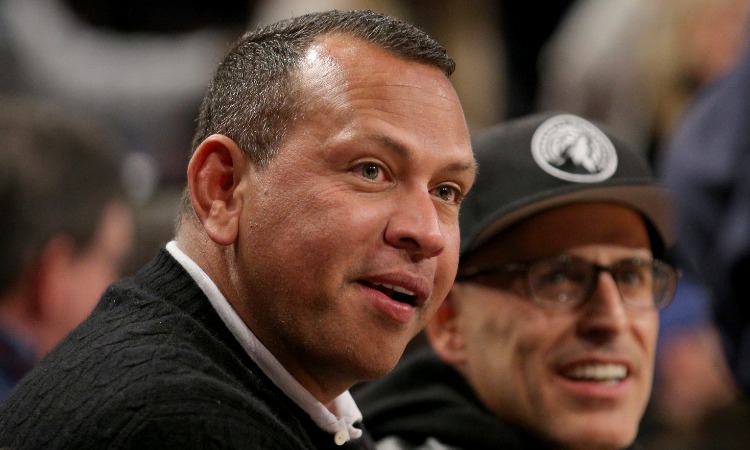 I consider myself a decent, bordering on pretty (pretty, pretty) good, human. I’m big on the “do unto others” thing. I seek to do no harm, and sometimes I manage to bring a little bit of joy.

Despite this, I am ashamed to admit at various times in my life that I have placed my wants and desires ahead of others. Specifically, the health and safety of athletes.

Yes, fantasy football – which I’ve been playing since 1986 – has, on occasion, turned me into a monster. Watching the players on the field, who play for “my” team, has a way of stripping away their humanity. Not proud of this, to be clear, but I also know I’m not alone.

This Lev Bell situation made me realize the terminology we use in fantasy football fully dehumanizes the players we watch every Sunday.

It’s all “own” and “buy” and “sell” and it causes people to be real dicks to the players who put their bodies on the line to entertain us.

So I can only wonder what’s going to happen when Mojo, a stock market where people can invest in athletes, launches later this year.

Talk about commoditization. I mean, this is exactly that: Mojo will commoditize human beings for fun and profit. There is no gray area here. It’s kinda gross.

I’m also reasonably certain I will be one of their first customers.

All right, first things first: Mojo isn’t some fly-by-night operation hatched by a handful of dorm room econ and computer science majors. This is the real deal.

Quick bios of the four co-founders:

Vinit Bharara: co-founder of Quidsi, which he sold to Amazon for $550 million, along with his fellow co-founder …

Marc Lore: who also was the founder and CEO of Jet.com, which he sold to Walmart for $3.3 billion. Lore co-owns the Minnesota Timberwolves with …

Alex Rodriguez: who is freaking A-Rod, and …

Bart Stein: who was a former SVP of new product innovation at Walmart.

Wrapping things up, I think Mojo will be a bigger home run for investors and consumers a like than this legendary blast by A-Rod in the 9th inning of a playoff game against the legendary Joe Nathan.

I think his stock would have done well the next day… pic.twitter.com/INxq2NGGtW

The quartet also just raised $75 million in a funding round led by Thrive Capital, which is Joshua Kushner’s venture firm. (If Kushner’s name rings any bells, it’s because his sister-in-law is Ivanka and he’s married to Karli Kloss.)

So, yeah: A little bit of a murderer’s row cooking here.

And what, exactly, are they selling? Well, again, it’s a stock market, but instead of investing in companies, you’d be investing in athletes. According to a note on Mojo’s LinkedIn page from Bharara, the company has created an “objective cumulative statistic of athletes,” and that’s what would be traded.

“We could better deliver on the promise that if you correctly predict an athlete’s performance, you’ll make money,” reads the LinkedIn post.

So you could buy and sell Mike Trout, which would presumably mean his price would rise and fall, and the price would also rise and fall based on how he does on the field. Sounds like a blast, honestly.

Of course, if I’m holding 100 shares of Trout and he breaks his leg, well, my first thought probably won’t be, “Gosh, I hope he’s all right.”

Not the first, but …

Mojo plans to launch in time for the NFL season, with those players being the first “market.” Nowhere on Mojo’s site does it explain how it will be navigating individual state laws — and the federal Wire Act — but I suppose those ducks will be lined up in due time.

To be clear, there are other “stock market”-like operations out there, such as Prediction Strike, which ties a player to his expected fantasy points for that day, and PlayerSX and Jock MKT, both of which are fantasy/stock hybrids. Others have tried and failed in this space trying to tie it all together. But based on the literature to date, Mojo is athlete stock trading, pure and simple.

And as far as the trading goes, the company will be employing market makers to make sure “investors” have a liquid market.

Interestingly, this isn’t the first time Bharara and Lore attempted something like this. They launched The Pit in 1999, which was similar in scope, but instead tied the value of a player to his trading cards. They sold it to Topps in 2001, and the site is still up and running today.

But this is markedly different. There is no “thing” to buy and sell, outside of the players themselves. Let’s have Matthew McConaughey explain.

But this is exactly what Mojo plans to do.

“I’ve always thought the idea of a sports stock market was the holy grail — the vision could transform sports, and fandom as a whole,” Lore told Bloomberg. “For years, I’ve heard people throw around the idea, but nobody has been able to do it. For the concept to truly work, you need underlying principles like intrinsic value and instant liquidity.”

Bharara echoed those sentiments in the LinkedIn note.

“We’re creating an easy-to-use, vertically integrated app that houses a new sports market, based on predicting uncertain athlete statistics that can accumulate for several years and as long as a player’s career,” he wrote. “That market needs to be tradable and instantly liquid. We’ll start with one market in one sport. In the long run, we’ll have all sports, thousands of players, and many different markets.”

Based on our appetite for stock trading – and our ease at which we’re happy to commoditize athletes, and the names and money behind this venture – Mojo certainly seems like an idea whose time has come.

I mean, can I buy Tua Tagovailoa shares yet? Guy’s gonna jam this year.