Montana And Beyond: The State Of The States As The Sports Betting Floodgates Are Opening

Sports betting just went legal in one state, bills are on three governors' desks, and there's news in a half-dozen other states. 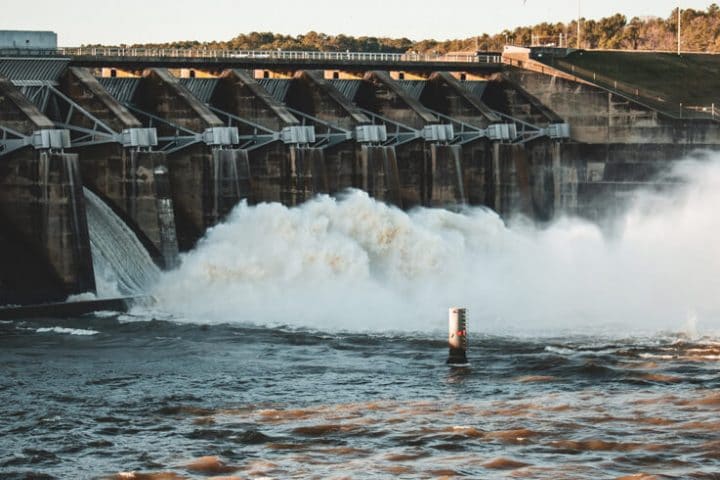 Late in the day on Friday, just as lights were being turned off and office doors were being locked for the weekend, a new state quietly passed a sports betting law:

BREAKING: With the governor's signature, Montana just became the 12th jurisdiction to legalize sports betting since #PASPA was overturned nearly one year ago. https://t.co/PkSveUHklN pic.twitter.com/xA7vhX0YU1

With that John Hancock from Gov. Steve Bullock, a Democrat, Montana became the first state to legalize sports betting in 2019.

And it certainly isn’t going to be the last.

The Big Sky State worked quickly in advancing its legislation that opens the door for electronic betting kiosks and limited mobile betting, but a busy couple of weeks in legislatures around the country has several states nipping at Montana’s heels. Here’s a rundown of where things stand from coast to coast:

On the governor’s desk

This online-only bill is as good as signed, even though the governor isn’t going to sign it. Republican Gov. Bill Lee’s office has made clear that he “plans to let this become law without his signature,” which is his way of neither endorsing a gambling industry he has reservations about nor rejecting a bill that was approved by the other legislators in his state. In any case, this historic bill in a state without casinos will become law. It’s just a matter of whether some other state gets a sign-off first and prevents Tennessee from being the second to legalize sports betting in 2019.

The Hawkeye State is one of those that might just be primed to cut in line in front of Tennessee, but it would require the governor acting more quickly than most expect. The Senate and House both passed a bill in April, covering land-based and mobile betting (in-person registration required until 2021), with the odd caveat that there will be no prop betting on college games. Gov. Kim Reynolds has given mostly positive indications about signing the bill into law, but she has until May 27 to make it a reality.

The state added mobile back into the package on April 22, then passed the legislation two days later, and we’ll let US Bets’ Brian Pempus explain where it stands now:

Like all of the other states in this “just waiting on a signature” category, Indiana is working with an eye toward having legal sports betting up and running by football season.

This sports betting bill is humming right along, having passed through the general assembly late last week. Gov. Jared Polis, a Democrat, has been outspoken in support, but it won’t become law just yet; first it would become a ballot measure for voters to decide on this November. The legislation covers online and brick-and-mortar betting, and it has the same college-props restriction as Iowa.

2018’s big end-of-the-year bummer is on its way to a fine bounce-back in 2019. A hearing last week on similar legislation to what the outbound governor vetoed in December was promising, and there’s optimism that sports betting could be in place sometime during football in the Wolverine State.

This one is more than likely not getting finalized in 2019, but it’s moving in the right direction, especially after a key distinguishing factor between two bills in the works got ironed out a week ago. Both bills now include a mobile betting provision, a near-necessity for any state hoping to see significant tax dollars generated. But there are still many details to debate, include what body will regulate betting in Ohio.

This glass isn’t half-full. It’s more like 20% full, based on the numbers we’re seeing in New Jersey. Louisiana has advanced a brick-and-mortar bill through the state Senate, but it offers limited mobile betting. (How “mobile” is it, really, if you have to be in designated areas within a casino or racetrack to place bets?) Even in this limited form, it’s believed this sports betting legislation will be hard-pressed to get by the state’s Christian conservative faction.

While not as significant a domino to fall as New York or California, Illinois is still a major state that’s home to the third most populous city in the U.S. — and that big city might be holding sports betting back. The governor wants sports betting, and hearings are happening, but representatives of Chicago are playing hard ball, saying they’ll only support sports wagering if they’re granted a downtown casino.

Sports betting is already legal in the Empire State, but the rules aren’t quite in place yet, sportsbooks aren’t open for business, and mobile remains a giant question mark. On the one hand, at least legislators are working on it. On the other hand, insiders anticipate that online betting is still at least a couple of years away. Until then, New York’s loss will remain New Jersey’s gain.