"Something that gets fans to watch an extra 15, 30, 45 minutes is of real value," NASCAR's Scott Warfield tells US Bets. 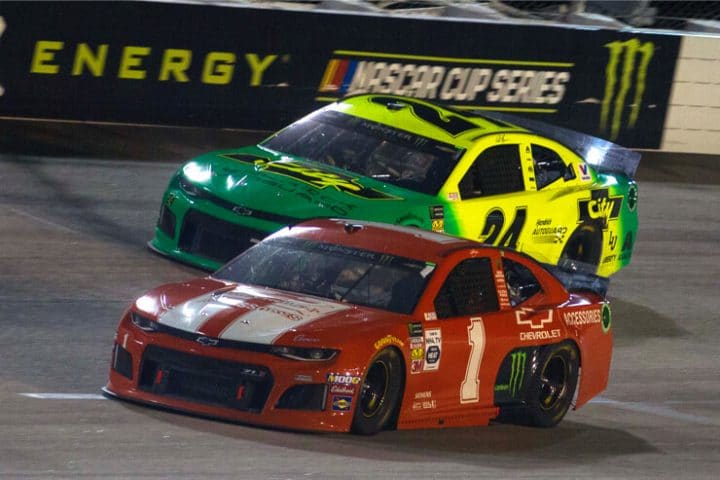 Last year’s U.S. Supreme Court ruling that permitted all states outside of Nevada to open the gates to sports betting didn’t just impact the NCAA and the four pro sports organizations that lost their battle with New Jersey. Every sport had to grapple with the implications.

And NASCAR has been no exception.

With races in Nevada as well as in Delaware and Pennsylvania — and with a number of other states with NASCAR races either recently passing, or still considering, sports betting legalization — the sport’s executives have had to seriously consider their opportunities.

And like the other sports, a key consideration for potential enhanced profitability is “increased fan engagement.”

“We have the most loyal fan base in sports. Our fans will buy the products endorsed by our drivers like no other sport,” Scott Warfield, the managing director of gaming for NASCAR, told US Bets.

“And ‘in-race’ betting in particular can be 70-75% of all bets placed,” Warfield added. “Something that gets fans to watch an extra 15, 30, 45 minutes is of real value. If someone has a prop bet on who will lead the most laps, that might postpone their mowing the lawn because they want to watch as many laps as possible. Every lap can be a [betting] opportunity.”

The balance, of course, is to ensure not alienating diehard NASCAR fans who have no interest in adding a financial risk to their ardent rooting interest in a particular driver — something all sports are facing.

“We’re trying to find smart ways to talk about this, while being cognizant that not everyone is going to be a sports bettor,” Warfield said.

NASCAR partners NBC and Fox already are experimenting with having a separate channel for viewing sporting events specifically from a betting standpoint, allowing viewers the luxury of choosing their preferred focus. NCAA football championship games have been held with a separate channel allowing diehards to listen to experienced coaches analyze each play.

“It’s hard to ‘crystal ball’ how it will all unfold,” Warfield said. “There’s a traditional broadcast, and there’s a more experienced bettor who may want to make a prop bet or two. We’re looking at all of it.”

Only about 20% of Americans live in a state that is offering legal sports betting, but Warfield noted that a significant portion of NASCAR fans travel 100 to 200 miles for a race weekend.

That means that in the case of an event such as the Watkins Glen, N.Y. race last month, New York State’s quirky allowance of only permitting sports betting in-person at a series of relatively remote upstate casinos was not necessarily the deterrent that it is for more New York City area-based sports.

Of course, daily fantasy sports — a form of risking money on athletic performances — remains a key part of NASCAR’s offerings. The sport has had a deal with DraftKings since 2015. When you play DFS for NASCAR, finishing position, fastest laps, laps led, position differential, and passing differential are among the variables.

“I think there is room and value for both” DFS and sports betting, Warfield said. “We just want to do it the right way.”

Warfield added that unlike other sports, the bulk of market share of fans seeking information goes straight to their own NASCAR.com site.

Last Friday morning, the main story on the home page was “Fantasy: Bubble Drivers You Can Bank on at the Brickyard” and the fifth headline was “Top Fantasy Plays at Indy.” Just below that was “Odds, Lines for Brickyard 400 at Indianapolis.”

But the rest of the main page had more traditional angles such as a review of last week’s race and analysis of the season points race — reflecting the balance Warfield said that NASCAR seeks.

In May, NASCAR announced a partnership with data firm Genius Sports as the exclusive provider to licensed sportsbooks to enhance the in-race betting opportunities that NASCAR fans are seeking.

What do the drivers think of sports betting?

NASCAR legend Kyle Busch was asked at a pre-race press conference in March what he thought about prop bets such as betting on the fastest lap or time in a pit stop.

“I don’t know all the different things you can bet on, but a couple of those instances sound quite interesting,” Busch said. “I think it’s an awesome opportunity for us as a sport to see some growth, see some new eyeballs, and to see some people that are interested in what’s actually going on — for them to make some bets, make some money and some of that stuff.

“I think there’s all kinds of positives from that and the in-race stuff certainly makes it more interesting. I think with some of the fantasy stuff, you can bench a guy through a race or bring a guy out of your garage. Again, it just keeps the eyeballs on the television.”

Fellow driver Clint Bowyer, before the same event, said that widespread legalization of sports betting, especially on-site, would be ideal.

“You know how much fun it is to be able to go to a dog track or a horse track and be able to pull up to the [betting] window,” Bowyer told a group of reporters that included US Bets colleague Matt Rybaltowski. “With our sport, there are so many things you could potentially gamble on — a challenge between two cars, or something. I think it is very appealing for our sport. Our pay window opens up right after a race. Why can’t a fan’s?”

Driver Erik Jones said he “was never into DraftKings or fantasy sports. I don’t understand sports betting that well, because I haven’t done it much.”

Still, Jones has no objections to options for fans such as prop bets.

“I think they’re great,” Jones said. “It’s just another reason for fans to tune in and watch the race from start to finish.”