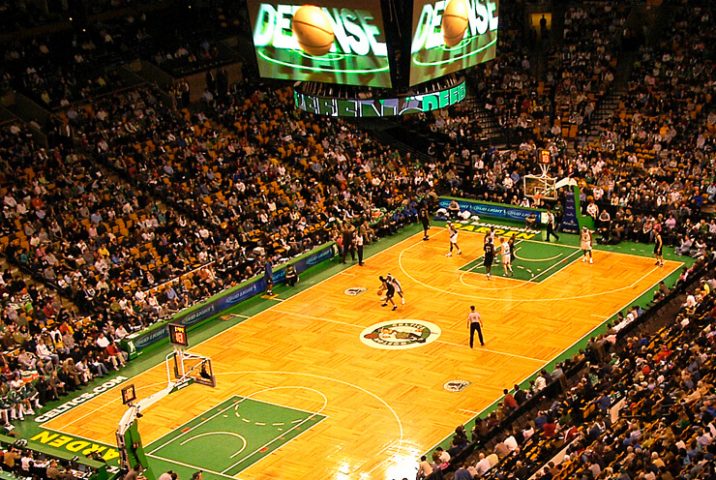 People talk about the first weekend of the NFL regular season as if it’s the peak moment on the sports betting calendar. But really, what could be more peak than the opening week of NBA season? You have the NFL and college football in full swing, hockey is underway, the baseball playoffs are heating up, and now you add basketball? This is sports betting’s madhouse moment, when the books most resemble Grand Central Station at rush hour.

The NBA tips off on Tuesday with a meeting of up-and-coming Eastern Conference powers, the Boston Celtics hosting the Philadelphia 76ers, followed immediately by a Western Conference showdown between the defending champ Golden State Warriors and the visiting Oklahoma City Thunder.

It promises to be a wild NBA season, and with sportsbooks active in Nevada, New Jersey, Delaware, West Virginia, Mississippi, and, starting Tuesday, New Mexico, it promises to be the most bet-on NBA season ever.

The lines for win totals for each team were released at Westgate Las Vegas two months ago, so here are our thoughts on five best bets and five stay-aways using the latest lines, plus some other 2018-’19 season odds and ends:

Boston Celtics, over 59: I liked this line a lot better when it opened at 57.5, and I placed an “over” bet on that week’s episode of the Gamble On podcast. Apparently other people liked it too, as it’s been bet up by a game and a half. So be it. The Celtics, who won 55 games last year without Gordon Hayward, with Kyrie Irving injured down the stretch, and with Jayson Tatum still figuring things out as a rookie, are a near-lock for 60 wins this year assuming average health in a weak Eastern Conference.

Indiana Pacers, over 48: This team won 48 last year, they lost no players of consequence, 26-year-old Victor Oladipo is going to keep getting better, and their four games against the Cavaliers, the team that bounced them from the playoffs this past spring, look a lot easier than they did in 2017-’18.

New Orleans Pelicans, over 45.5: Yeah, DeMarcus Cousins departed … but the Pelicans weren’t exactly missing him after he got injured last year. After losing “Boogie” for the season, they went 21-13 and then swept Portland in the first round of the playoffs. For a team that won 48 last year, a line of 45.5 is an insult to Anthony Davis.

Portland Trail Blazers, over 42: Why have the bookmakers decided this team is seven games worse than last year’s 49-win team, when the starting lineup is going to be exactly the same? Were Ed Davis and Shabazz Napier worth that much off the bench? With Damian Lillard, C.J. McCollum, and Jusuf Nurkic, this still looks like a playoff team to us.

Los Angeles Clippers, under 37.5: The Clips are in rebuilding mode with Blake Griffin dealt mid-season last year and DeAndre Jordan now in Dallas. Rookies Shai Gilgeous-Alexander and Jerome Robinson show promise — but not the kind likely to pay dividends in Year One. If this line was set at 30, under would probably still be the play.

Toronto Raptors, 55.5: If you can say for sure how healthy Kawhi Leonard will be, how motivated he’ll be, and how well he’ll mesh with his new teammates, then by all means bet this. We don’t love putting a lot of money behind a team whose lone superstar comes in as a complete X-factor.

Philadelphia 76ers, 54: On paper, this young team should keep improving over last year’s 52 wins, but their 16-game winning streak to cap last season, mostly without Joel Embiid, was a little fluky and deceiving and inflated the final number. If you think of them as a 50-win team last year, and you wonder how many games Embiid can stay on the court for in 2018-’19, you see 54 as a tough number to take a stand on.

Oklahoma City Thunder, 48.5: There are a lot of new faces in OKC, and that means a lot of new players who don’t know yet how much they will or won’t enjoy playing with Russell Westbrook. This team won 48 last year, and with the line in about the same place, there are just too many variables here to know what to expect.

San Antonio Spurs, 43.5: This is the other side of the Kawhi coin, as he’s out, DeMar DeRozan is in, and Greg Popovich seems able to guide almost any lineup into the playoffs … but is also coaching a middling roster in a loaded conference. Leonard was supposed to keep the Spurs in contention for another decade, but he walked, leaving Pop in a tough spot.

Minnesota Timberwolves, 41.5: This is the stay-away of all stay-aways. If you know what to make of the Jimmy Butler drama, more power to you. We’d rather wait and see if he’s on this team in a couple of months before committing any cash.

For DFS players, FanDuel is shaking things up this NBA season with a workaround of sorts for those who like to be able to “set it and forget it” and not worry about making late swaps, but who don’t want to risk taking a “0” if a player is a late scratch:

Being able to drop your lowest score also opens things up strategically to encourage everyone to put a high-ceiling/low-floor player in their lineups. So even in cash games, it might make sense this season to try the occasional “tournament only” play.

The Future Is Now: Mobile Sports Betting Already Is King In New Jersey