This is not the typical low-key August, as sports bettors will have NBA, NHL, and, hopefully, plenty of MLB games to take shots on. 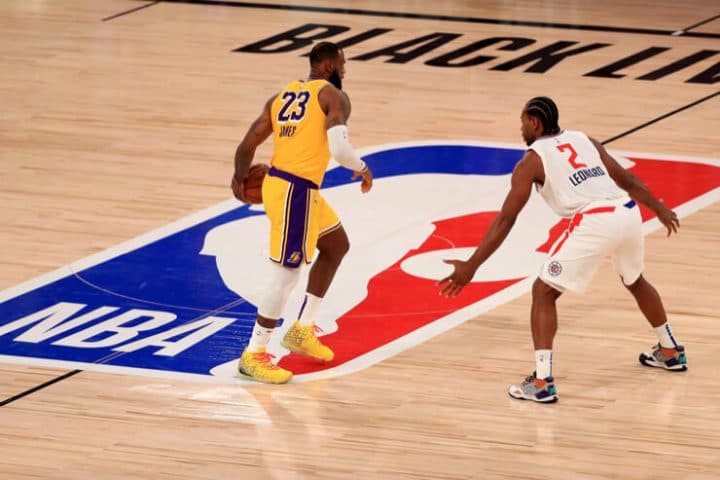 August is not supposed to be a major sports month. In a typical year, it’s ramp-up season, with the clock ticking down toward college and professional football. It’s a month for taking afternoon naps to the sound of baseball games that lack extreme urgency, relaxing on the beach, and priming the ol’ sports betting bankroll for the weekly grind that starts after Labor Day.

For the sports betting industry, which like so many sectors has taken its lumps since the COVID-19 pandemic began stifling American life in March, there’s reason to believe wagering handle will comfortably top any August we’ve seen before.

And maybe, just maybe, if everything breaks right … could August 2020 be the biggest month the legal U.S. sports betting business has seen yet?

In August 2019, total betting handle in the eight states that regulated sports betting at the time and reported monthly figures was $746.6 million. Compare that to the all-time record month for U.S. sports betting — November 2019, when $1.85 billion was wagered — and it hammers home the point that August is normally a slow month.

Last August, New Jersey was the top sports betting state with $293.5 million in handle, followed by Nevada at $287.8 million and Pennsylvania a distant third with $109 million.

Those numbers are nothing compared to the highs hit last November, when Nevada set a record that still stands of $614.1 million in a single month, and Jersey set its own top mark with $562.7 million wagered. (Pennsylvania’s record came in January 2020, $348.3 million.)

So what kind of month will August 2020 be? Handle above $746.6 million would make it the biggest August yet.

But then you’d need to add another billion-dollars-plus to make it the biggest single month to date.

“It’s a reach,” opined ESPN gambling writer David Purdum when asked by US Bets whether the month that starts Saturday can break the all-time record, “especially without preseason football, which accounts for more than most would believe. Last August, around 25% of the total handle bet in Nevada sportsbooks was attributed to football wagers. The NBA will probably make up for the lack of football, but even then, eclipsing a regular-season football month seems unlikely.”

As Purdum noted, $72.3 million of the $287.8 million bet in Nevada last August was on football, which comes out to 25.1%. With no preseason NFL games this August, and presumably no late-August college games, that’s a lot of betting handle to make up.

Still, August is a popular month for betting football futures — assuredly a decent portion of that $72.3 million wagered in Nevada last year. That form of wagering could be extremely strong this August, provided there’s a degree of consumer confidence that we’ll have an NFL season.

What games we will and won’t have, and how bettors will or won’t be shaken by the possibility of schedules unraveling, is the massive X-factor in all of this right now.

For August 2020, the NBA (which started Thursday, July 30) and NHL (which starts Saturday, Aug. 1) appear well situated to play all of their scheduled games. And those leagues are both in playoffs mode, with several big games every day.

Major League Baseball, on the other hand, has already tested positive for unpreparedness and is in danger of testing negative for finishing its season.

With the latest revelation of two positive tests among St. Louis Cardinals players, six teams that were supposed to be in action on Friday will have the day off. The Marlins and Phillies are already missing an entire week of games. There might not be enough Band-Aids to cover up this gunshot wound.

If MLB games cease to be played before the end of August, fuhgetaboutit. This won’t come close to being a record sports betting month, and it might not even measure up to the previous August.

But the eternal optimist’s scenario combines high-stakes NBA and NHL games every day, daily MLB action, rampant NFL futures action and some NCAA football futures too, a big golf month (including the PGA Championship), tennis ramping up (the U.S. Open is scheduled to start Aug. 31, meaning futures bets count for this month), plus decent slates for NASCAR, boxing, MMA, and perhaps some soccer here and there.

As Evan Davis, SeventySix Capital Sports Advisory’s managing director of sports betting, told Penn Bets this week, September is shaping up to “be an unprecedented time for sports in America.”

Davis expounded with regard to August’s potential to set records: “It’s certainly possible,” he said. “We know that there’s pent-up demand there. And given that legal sports betting has continued to roll out in states across the country, it’s continued to be talked about in the media and through other channels, I think that when sports come back in full and in earnest, the interest is going to be enormous.”

“So many moving parts”

Like Purdum, SportsHandle Editor-in-Chief Brett Smiley said it’s “a reach” to begin thinking this August will compare with the records set during the 2019 football season, but he sees a wide spectrum of possibilities given all the uncertainty.

“There are so many moving parts here, including players going in and out of quarantine,” Smiley said. “Over/under on games played for any of these leagues, I mean, who knows? We’re in completely uncharted territory here and there’s too many unknowns in the equation.

“I think people may watch in record numbers, but hopefully people who have taken a serious economic hit — and that’s an awful lot of Americans — are not using limited resources to gamble on sports. Betting 10 bucks is fine, but that doesn’t impact handle much.”

Smiley hit on a key factor potentially working against the betting handle. For all the “pent-up demand” that Davis mentioned — and it seems to be real, based on the opening weekend baseball betting numbers — that’s somewhat counterbalanced by the financial struggles and worries of so many unemployed and underemployed Americans.

Another strike against the potential for a record-setting month: Many gamblers are reluctant to wager in person, and several legalized states either don’t have mobile betting yet or require in-person registration to get started. Certainly in Las Vegas, in-person betting at sportsbooks traditionally accounts for a high percentage of the handle. But hanging all day at the casino book in the time of coronavirus isn’t everyone’s idea of a good time.

The state of the states

Switching back to reasons a record might be within reach, there’s the numbers game when it comes to citizens with access to regulated betting. Since August 2019, Indiana (a solid sports betting state with a competitive mobile market), Oregon (a minor betting state due to an online wagering monopoly set-up), New Hampshire (much closer in approach to Oregon than to Indiana), Michigan (no mobile yet), Illinois (only one mobile sportsbook at present), and Colorado (a major state right out of the gate) have been added to the list.

“The expansion of legal sports betting has continued during the pandemic,” Smiley said. “Since March, Illinois, Michigan, and Colorado have joined the party and add almost 30 million people.”

Echoes Purdum: “The U.S. betting market is expanding and growing. We have more visibility than ever at how much is being wagered, which may lead to some record-setting numbers in some states. Records seem to be set routinely these days.

“But, to me, the pandemic, the pending election, and uncertainty surrounding the economy and sports in general will, at some point, have a negative impact on the betting market.”

Those are all factors to consider, and nobody knows when things will return to “normal.” One thing is clear: This is not a normal August. And to a degree nobody can predict with certainty, that figures to be a good thing for the amount of money that will be bet on sports.