As the NBA postseason begins, we consider how the unpredictable bubble environment will affect wagering on the playoffs. 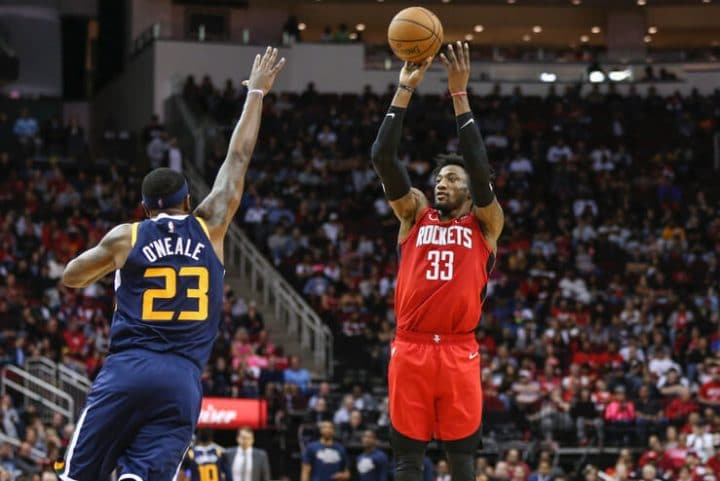 The most significant takeaway from the NBA restart seeding games has nothing to do with basketball. The league’s successful attempt — so far — to stage a shortened remainder of its regular season and playoffs without having a single player contract COVID-19 while living inside the NBA’s Orlando bubble has demonstrated that with the right resources, planning, and buy-in from athletes, major team sports can play on despite the pandemic.

That’s good news for the entire pro sports ecosystem — from the athletes and team employees, to the TV networks and media entities that can’t survive without live sports content, to the United States’ burgeoning legal sports betting industry.

Unfortunately, for any bettors who hoped the eight-game seeding round might provide some indication of how the playoffs will unfold and where gamblers might be able to find an edge, the first 2½ weeks of the NBA’s return to play might have raised more questions than they answered. The Milwaukee Bucks and Los Angeles Lakers, top seeds in their respective conferences, each went 3-5 in the bubble, yet neither team appeared to be trying all that hard to win. The third team viewed as a title favorite, the Los Angeles Clippers, went 5-3 but lost to the Lakers in their one game with clear championship implications.

Eight games is an exceedingly small sample size — small enough to make the Phoenix Suns, who were undefeated in the bubble yet still didn’t have a strong enough record to crack the West’s top nine in the standings, look like world beaters. And eight games certainly is too small a sample to begin drawing conclusions about how playing in the bubble, without crowds, travel, and home-court advantage, affects expected results based on pre-COVID statistics.

The NBA has kept the environment around its players as safe and steady as possible, but conditions on the court remain as volatile as anything basketball fans can remember. Before the seeding games, NBC Sports Philadelphia’s gambling expert, Brad Feinberg, called the NBA restart “probably the most random experience we’re going to get ever in sports history,” and that remains true heading into the playoffs.

Here are four betting angles to monitor throughout as the first round gets underway.

Who will fall for the LeBron James rope-a-dope?

Lebron doesn't want a fired up @Dame_Lillard at the playoffs pic.twitter.com/G4Wj4JLE9T

Have we forgotten the pattern here? A LeBron James team struggles toward the end of the regular season. James appears to be settling for jump shots more than he needs to and rumors emerge suggesting he’s playing through a mild injury that’s bothering him more than he lets on (in this case, a tender groin muscle). All of a sudden, all 72,395 NBA podcasts release an emergency episode to speculate on the problem with LeBron and the Lakers. Then the playoffs begin, James kicks into gear, and his team cruises to the NBA Finals.

Now, that pattern was established during James’s four consecutive Finals runs with the Cleveland Cavaliers, and it’s unlikely his Lakers will have a similar romp through a more challenging Western Conference playoff field this year. But “the Lakers don’t look right” consternation seems overblown, and the Lakers begin the first round tomorrow night as -500 to -550 favorites in their series against the Portland Trail Blazers, according to legal online sportsbooks like DraftKings, PointsBet, William Hill, and BetRivers.

The Blazers are more dangerous than the typical eighth seed, with Damian Lillard averaging 37.6 points in the bubble and the additions of Jusuf Nurkic and Zach Collins, two valuable big men who wouldn’t have been able to return from injury this season if not for the 4½-month pandemic hiatus. But Portland had to compete with postseason intensity throughout the seeding games, just to play their way into position to snatch the eight seed from the Memphis Grizzlies.

As brilliant as Lillard has been, it’s fair to wonder how long he can keep up this blistering hot streak. Fellow star guard CJ McCollum is playing with a fractured vertebra, and although he’s been a wonderful sport about it, quoting Mike Tyson’s famous “I broke my back — spinal” line during Saturday’s game against the Grizzlies, the injury has already affected his performance during stretches of the seeding-round games and will continue to be a factor in the playoffs. Nurkic is still getting his wind back after being off the court for more than year to recover from a badly broken leg. Portland may already be running on fumes, and the playoffs haven’t begun.

Bettors who believe the Blazers don’t have enough depth or energy left to present a meaningful challenge to the LeBron- and Anthony Davis-led Lakers can find value in prop bets on Los Angeles to sweep Portland or win in five games, where most books are offering odds ranging from +320 to +350 for the sweep and from +225 to +275 to win in five.

Joel Embiid some nights looks like a top five player and other times he looks like he's just going through the motions. If he is going to be the next great big man, he has to bring it every night. #PhilaUnite https://t.co/12KgSBq1bT

Sixers gonna Sixer. Philadelphia began the seeding games as a popular dark horse pick to make a championship run. Pre-COVID, the Sixers never seemed to gel, despite a talent-stacked roster featuring Joel Embiid, Ben Simmons, Tobias Harris, and Al Horford. But the bubble gave them a chance at a fresh start, with their stars healthy and a re-tooled starting lineup that was supposed to create more space for Embiid to be the NBA’s last remaining unstoppable scoring center.

Well, the Sixers still didn’t gel, Simmons had knee surgery last week and won’t return for the playoffs, and Philly limps into its first-round matchup as a +350 underdog against a Boston Celtics team that has looked rejuvenated in the bubble.

Oh ye of little faith. If you’ve bought into the Sixers’ potential over and over again this season, it might be worth giving this underachieving bunch one last chance. Philly’s playoff roster can’t match Boston’s for talent, but Embiid can still be the best player in this series, and with Simmons out, Embiid will get all the touches he wants to rag doll overmatched Celtics bigs like Daniel Theis, Robert Williams, and Enes Kanter.

Even if you don’t trust Embiid to lead Philly to an upset in the series, he could turn into a prop-bettor’s best friend: Most books have set Embiid’s points over/under in Monday’s Game 1 at 25.5, a total the Sixers will give him every opportunity they can to blow out of the water.

Other intriguing, matchup-based player scoring props on the first day of games include Denver Nuggets center Nikola Jokic at over 21.5 points (he has averaged 29 in the bubble and 29.3 against the Jazz this year) and Dallas Mavericks forward Luka Doncic at under 29.5 points (the Clippers have owned Dallas this season and have Kawhi Leonard, Paul George, and Patrick Beverley to hound Doncic on defense).

A Sunday evening six-pack of the best of bubble ball thus far… pic.twitter.com/XcKaz1kwwt

You won’t want to watch much of the Milwaukee Bucks-Orlando Magic and Toronto Raptors-Brooklyn Nets first round series, but you may want to wager on them. Both are rather obscene mismatches, with the top-seeded Bucks -10000 favorites over the Magic and the No. 2 seed Raptors a -5000 favorite against Brooklyn.

There’s no value at those straight-up odds, but Milwaukee is -150 and Toronto is -125 to sweep, and the Bucks, especially, have a way of pounding lesser teams into a fine mist.

It’s not sexy and doesn’t demonstrate a gambler’s superior knowledge of the NBA game, but the most effective way to find an edge on the sportsbooks is still through following injury and absence reports and then using that news to place high value bets before the books can adjust their lines.

The Jazz made two major moves last summer to improve their chances to contend: trading for Mike Conley and signing Bojan Bogdanovic. They won't have either player when the playoffs begin. https://t.co/1djjgdK1Kn

If you happened to catch the news that Utah Jazz point guard Mike Conley was leaving the team to be with his family for the birth of his son as soon as it broke Sunday afternoon, then you would have had an opportunity to bet on the Denver Nuggets in their series with the Jazz before Denver’s line shifted from -195 to anywhere from -270 to -320, where it stands today.