Dr. Blockchain: Or, How I Learned To Stop Worrying And Love NBA Top Shot

NBA Top Shot has taken the gambling community by storm. Will the mania last? 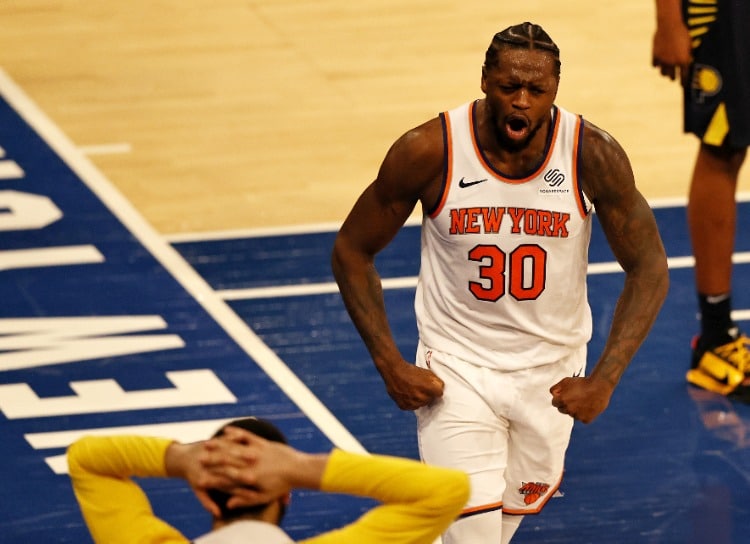 Imagine a roulette table where you will always 10X your money, no matter what. Or imagine taking both sides of an NBA game, and 10X’ing your money every single time.

Heck, imagine flipping a coin and 10X’ing your money, heads, tails, it jumps into another dimension, lands on its side, whatever.

Sound good? Well then welcome to NBA Top Shot (owned by Dapper Labs), where that’s exactly what’s happening, at least for now. (That sound you’re hearing is long-deceased Dutch tulip investors sitting up in their graves looking to get square.)

By now, you’ve no doubt heard of NBA Top Shot, as it’s hit mainstream media quicker than you can say “Pokemon Go.” So what is, exactly, NBA Top Shot? Well, that’s simple: It’s a non-fungible token (NFT) on the blockchain and …

OK, maybe simpler: It’s a numbered video clip of an NBA player that is bought and sold and …

All right: It’s like a digital sports card. There. Explainer over.

And it’s taken over the minds, hearts, and wallets of many a sports gambler, daily fantasy sports player, sports fan, investor, you name it.

“First of all, the acceleration in crypto prices began during the pandemic, and I think it’s not unrelated to what was happening with the retail investment revolution,” said Dan Roberts, the editor-in-chief of Decrypt.co. “It started with young sports fans at home with no live sports to bet on, and we know many of them turned to stock trading on their phone, turned to RobinHood. We know many of them were watching Dave Portnoy, and then pretty quickly they also discovered cryptocurrency and Bitcoin buying. It’s all part of the same movement. Same phenomenon with Top Shot. And the NBA is so well-suited for the NFT explosion. So yes: There’s a big Venn diagram overlap between sports bettors and Top Shot.”

“I think it’s relevant that Top Shot is part of this larger NFT explosion and NFTs are digital collectibles and they’re on the blockchain,” Roberts said. “So they’re verifiably scarce, verifiably unique. All that said, I think what’s smart about Top Shot is there are plenty of people who have no idea or no understanding of the blockchain element. You can pay in dollars and never worry about crypto.”

So here’s how you can be just like me and get involved in the Top Shot mania. A story in 10 parts.

1) Get lucky enough to get an account with NBA Top Shot. Accounts are limited, and the site is still in beta mode. How do you get an account? No idea. Sometimes you can get one, other times you can’t. Hit refresh.

2) Get lucky enough to be able to buy a pack. “Pack drops,” as they’re called, happen with alarming irregularity. Sure, you can be alerted, but there might be three drops in a weekend, and then nothing for a week, who knows. And just because a pack is dropping doesn’t mean you can get one. At first, you had to be quick on the draw, but now, this fancy-pants blockchain crypto thingee doles out packs like you’re waiting outside your local Ticketmaster outlet in 1988 to score Aerosmith seats: You’re assigned a random number in the line — in my experience, the line is usually anywhere from five to 10 times as long as there are packs available — and if you’re lucky enough to get a random number lower than the packs available, you get to buy a pack. And depending on which kind of pack is for sale, you’ll be spending as little as $9 or as much as $999. You can pay in digital currency, but your OK Boomer credit card works just fine as well.

3) Yay! You got a pack! Open it up by clicking on the pack, and … there are your video highlights that are now numbered to whatever. So far, the lower the serial number, the more expensive the resale value. Get the uniform number of the player, and you’re in triple bar jackpot territory.

4) Either hold on to your “moments” as they are called, or put them into the marketplace and set a price for them.

6) Put your eyes back inside your skull after you realize there are 700 or so other Julius Randle /10,000 dunks on the marketplace — again, the same exact clip, just a different number — and the cheapest anyone is asking for it is $150. Also note the cheapest Embiid is selling for $30, and the cheapest Sexton is at $10.

7) Immediately put the moments in the marketplace at a discount to see what happens, asking $125 for the Randle, $25 for the Embiid, and $5 for the Sexton.

8) Watch them sell in less time than it takes to read this sentence.

9) Go to withdraw your money.

10) Realize you can’t withdraw your money yet. They’re working on that. Honestly, that didn’t sit too well, that part. I’d be more panicked about this if it weren’t for the NBA’s involvement.

“That’s what I think is so brilliant about the NBA embracing it,” Roberts said. “It puts a stamp of authenticity on the whole thing. If there were NBA-related memes available on some janky site that the NBA wasn’t backing, it would have an air of scamminess to it, and a lot of people feel that way about the whole NFT marketplace anyway. But with Top Shot specifically, because the NBA has backed it, it adds legitimacy.”

I keep telling myself that as I wait to be able to take my money out, but what’s not a gamble in this crazy world?

“There’s absolutely a little bit of a gambling feel to Top Shot, especially as the prices have surged,” Roberts said.

He’s not wrong: My $5 Sexton sale was probably the lowest price anyone has ever paid for a Top Shot. The lowest price I could find for any other moment was a Mason Plumlee dunk for $8. And some of these moments are going for astronomical prices, like a LeBron James moment that recently sold for over $200,000.

👑ALL HAIL THE KING👑@YoDough scooped up this Legendary LeBron James Moment from our Cosmic Series 1 set for $208,000‼️ This Moment is from our first Legendary set ever minted 💯

The top acquisition for any NBA Top Shot Moment … so far.

Congrats on the nice pickup! 👑 pic.twitter.com/rFLMzbwXN7

But with prices the way they are — and the fact that there is no gamble or (cough-cough) investment that will ever continue to give you 10X returns—- there is almost certainly going to be, if not an outright crash, certainly a correction.

“I think it’s a perfectly fair assumption, but like anything that goes nuts, you just don’t know when the peak will be,” Roberts said.

In the meantime, packs are selling out as soon as they become available. I know because I was less than 10,000 people away from spending $199 on another pack Sunday.