On Wednesday, the NBA announced a new partnership for a simulated sports betting product that it will market to licensed gaming operators. 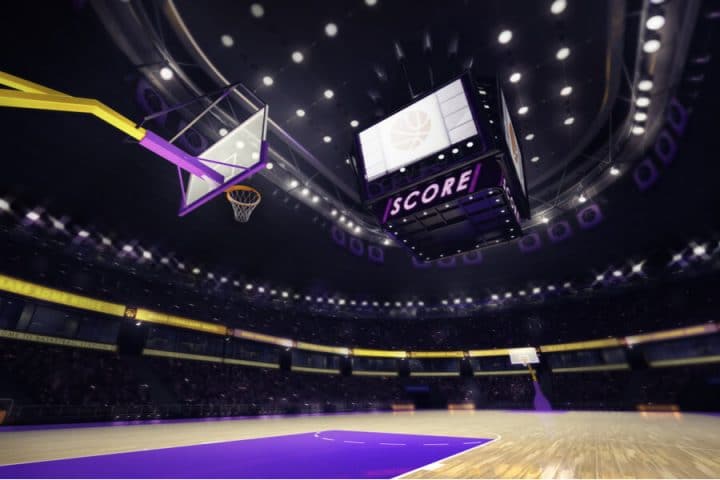 The NBA is diving even deeper into the world of gambling.

The league, along with the National Basketball Players Association and gaming supplier Highlight Games, announced Wednesday a partnership for a simulated, real-money sports gambling product using NBA highlights and footage. The product will be called “NBA Last 90.”

The NBA, which has been lobbying states for legally questionable mandates for sportsbooks to use exclusively “official league data” for in-game wagering, will up the stakes in its efforts to benefit from the proliferation of legal sports betting across the United States. About a dozen states have legalized sports wagering in the past calendar year.

NBA Last 90 is set to debut in U.S. and European gaming and lottery markets during the 2019-20 NBA season, according to the presser. Gambling on virtual basketball games is nothing new for the international gambling industry. The difference now is that the NBA is behind such a product.

The betting on fictitious, or fake NBA games, which is similar to the product Xpress Sports offered by the Pennsylvania Lottery, will use real-life NBA video in the simulated contests. The contests games will be 90 seconds in length, presumably allowing gamblers to wager money on the outcome of games at a much more rapid pace than via a traditional sportsbook on real-life, live NBA contests.

The product will resemble a slot machine with regards to payouts/odds being fixed. In other words, there is no skill involved, as in traditional sports wagering. A random number generator will determine the outcomes of the simulated NBA games. With NBA Last 90, customers will not find value bets, at least not in any true sports handicapping sense.

Bets that will be available include:

“A vast archive of NBA highlights and footage will be randomly pulled from any matchup over recent seasons between the two teams, producing millions of possible outcomes,” said the presser.

The NBA announced that the game will be distributed to licensed gaming operators in the U.S. The NBA has a sports gambling partnership with MGM Resorts. MGM isn’t part of the NBA Last 90 partnership, but the casino company is a prime candidate for offering NBA Last 90.

The upside to the product is that there will be no NBA betting offseason, at least not separate from Summer League games to be held in July in Las Vegas, Nevada. In Nevada, by far the most mature sports betting market in the nation, basketball accounts for 30% of the handle. That includes NCAA basketball, however, so NBA bets are likely in the neighborhood of 18 to 20% of the handle.

Outside Nevada where legal and regulated sports wagering markets are still in their infancy (or not yet born, as in Indiana), NBA’s virtual sports betting product could help it gain handle share from the other major sports leagues.

A big question is which gaming operators will seek licensing to offer NBA Last 90, especially where there is no proven demand in the U.S. for such a game. And especially with weighty financial demands the league is making for other “official” products.

But betting on virtual sports is already popular in the United Kingdom’s gambling market. Sportsbook operators such as Bet365, Ladbrokes, and William Hill have experience with taking bets on fake games.

One benefit of NBA Last 90 from a regulatory perspective is that some states could allow the games without passing a sports betting law. The games are not real-life contests. As mentioned, they are more similar to a slot machine than traditional sports wagering, so NBA Last 90 could be used as a gateway offering in states that are slow to pass sports wagering laws.

NBA Last 90 also gives the NBA clear-cut control over its content in the context of gambling. The NBA has lobbied for state-mandated royalties from the sports betting industry. The league has claimed that books are using its intellectual property free of charge.

States that make good candidates for NBA Last 90 in the absence of traditional sportsbooks include California and Florida, both of which could be years (and years) away from passing legislation pertaining to sports betting. States where the NBA has a franchise are probably more attractive.

As for the states that have already passed legislation, NBA Last 90 could potentially cause regulators to take a closer look at the definition of eSports, as some sports betting states aren’t allowing bets on video games. NBA Last 90 isn’t a video game, as no consumer can impact the outcome of the virtual sports event. In states with some friction between the commercial casino industry and the state lottery, NBA Last 90 could raise legal questions. A group of PA casinos are currently in the midst of litigation against the PA Lottery over online games that the casinos say too closely resemble their slots machines.

At the end of the day, the leagues and the casino industry are at odds, and the NBA’s new virtual sports gambling product could raise concerns about competition in some markets.