The NCAA is looking to bolster its rules against athletes placing legal sports bets of any kind, but that will require help from states. 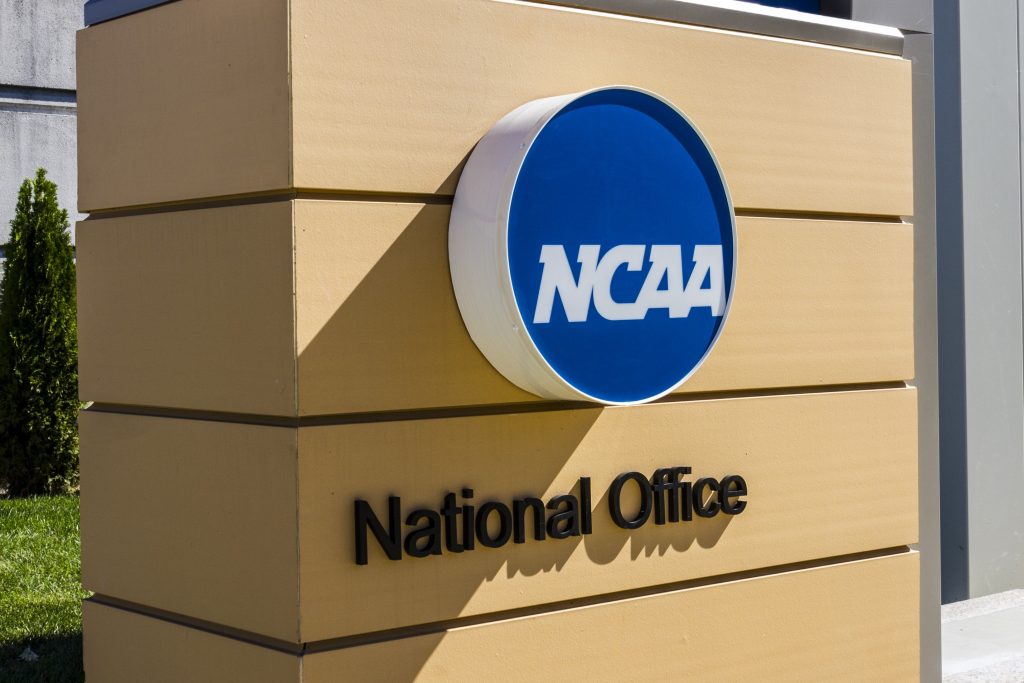 At the Final Four earlier this month, NCAA President Mark Emmert told reporters that the association would like to prohibit athletes under its control from placing legal sports wagers of any kind in all states that legalize sports betting. That includes athletes who are 21 and older.

The NCAA has a prohibition in place against athletes gambling on sports, but prior to last summer, only the state of Nevada had legal, traditional sports wagering. Ten or more states could have legal sports betting by the end of 2019. The NCAA, headquartered in Indiana (which is close to legalizing sports betting), is concerned. Nearly every state is expected to eventually regulate sports wagering in some form, made possible by a May 2018 U.S. Supreme Court ruling.

“The membership wants a prohibition of athletes gambling in any sports, period,” Emmert said to reporters in Minneapolis. That would apply to every one of the more than 1,200 member schools, impacting thousands of athletes.

“The NCAA already has a pretty rigorous anti-sports wagering platform in the NCAA bylaws,” Minneapolis-based attorney Aalok Sharma, who specializes in sports and entertainment law at Stinson Leonard Street LLP, told US Bets. “It’s not as broad as the NCAA would like, but obviously the NCAA wants to change that.”

Emmert’s comments did raise some eyebrows, but such a ban wouldn’t run afoul of the law.

“At first blush, the NCAA’s and the NFL’s policies seem overbroad to address any integrity issues within the leagues themselves,” Whitney Fore, a D.C.-based attorney at Ifrah Law PLLC who specializes in internet gaming and sports betting law and regulation, commented to US Bets.

“Would a Clemson point guard betting on the Penguins-Islanders hockey game really undermine confidence in the outcome of the Virginia-Texas Tech basketball game?” Fore added. “Probably not, but that doesn’t mean that the NCAA can’t legally forbid its players from betting on the Pens.”

Even though the NCAA could legally enact the ban, it would need help. It would be challenging for the NCAA to effectively police such a regulation on its own, or even with the help of member schools, as legal sports betting spreads to more states and becomes more and more mainstream.

“In order to be meaningful, this kind of prohibition needs three levels of cooperation,” said Florida-based attorney Daniel Wallach, who specializes in sports betting and gaming law at Wallach Legal LLC. “NCAA bylaws, cooperation of member schools, and state legislative enactments. Betting companies will do whatever is mandated under state law.”

To date, no state has considered a provision in a sports betting law that would explicitly prohibit college athletes of legal age from betting on any and all sporting events. The NCAA would have to start lobbying on this issue, but some of the groundwork is already done in some states. Commonly, sports betting legislation provides gaming regulators with language to prohibit individuals involved with a sports event from participating in wagering. In other words, states already prevent some people from wagering.

“The best way to enforce these laws is to get the states to help – so sort of what New Jersey did in regards to prohibiting sports betting on NJ colleges,” Sharma said. “The NJ Division of Gaming Enforcement then can enforce penalties against in-state bad actors.”

New Jersey hasn’t been shy thus far issuing small fines against sportsbooks for lapses on the in-state college betting ban. Several operators have been fined for allowing bets on the Rutgers Scarlet Knights.

Right now, the NCAA “doesn’t really have a legal right to tell operators which bets to take and which ones not to take,” Sharma added. New laws would have to be on the books.

According to Wallach, past scandals involving gambling on college games have usually involved someone trying to get out from underneath debt. It’s no secret these days that youth are more susceptible to developing a gambling problem.

“The real issue is betting on college campuses,” Wallach said of the NCAA’s reasoning. “The demographic of a college campus is 18-22. That is the most vulnerable group for compulsive gambling.”

However, according to Wallach, a simple prohibition isn’t likely going to be effective. It’s difficult to police proxy betting, as well as athletes using underground bookies or offshore sites that are nowhere close to extinction as the U.S. legal market is still in its infancy.

“Much more that can be gained through education,” Wallach said.

The NCAA has long faced criticism for the lack of fair compensation for athletes, especially the big draws in football and basketball. The NCAA is currently appealing an adverse ruling in California federal court over its move to limit education-related benefits to athletes. It’s an antitrust case.

Would the NCAA move to bolster its ban on athlete wagering right now? Sharma thinks the NCAA could determine that it’s in its best interests to hold off on trying to bolster the anti-gambling rules.

“[The NCAA] is currently appealing a decision out of California right now that basically says that the current NCAA model, limiting the grant-in-aid, is an antitrust violation,” Sharma said. “So, putting forth another broad based regulation right now might not make sense optically.”

According to Wallach, it’s very unlikely there would be a court challenge to the athlete betting ban.

“Athletes don’t have a sterling track record against the NCAA,” Wallach said. “This is not something worth suing over. There is no economic upside to it.”

It’s hard to think of anyone who would want to fund a legal challenge to make it so 21 or 22-year-old NCAA athletes could wager on professional sports. There’s not a lot of revenue to be made off that age group for a regulated book anyway, as the demographics for sports betting lean toward those with disposable incomes. College students, whether they are athletes or not, aren’t in the prime earning years.

Fore echoed Wallach on the feasibility of a lawsuit against the NCAA anti-sports wagering regulation.

“Placing a bet is arguably a form of speech, so we have to consider whether the First Amendment applies,” Fore said. “The First Amendment protects you from the government restricting your speech. The NCAA is a private organization, so it isn’t subject to the strictures of the First Amendment. As such, there really isn’t an argument that this policy is infringing on the college players’ ‘right’ to bet on sporting events. Further, the NCAA is a voluntary organization, so if a player were so incensed by the policy, he or she could simply quit the team and bet — legally, I hope — at will.”