NCAA Speaks Up On Its Sports Betting Sentiments

The NCAA's Naima Stevenson Starks discussed the NCAA's acceptance of the legal U.S. sports betting reality, and its views on a surprising recent partnership as well as goals going forward. 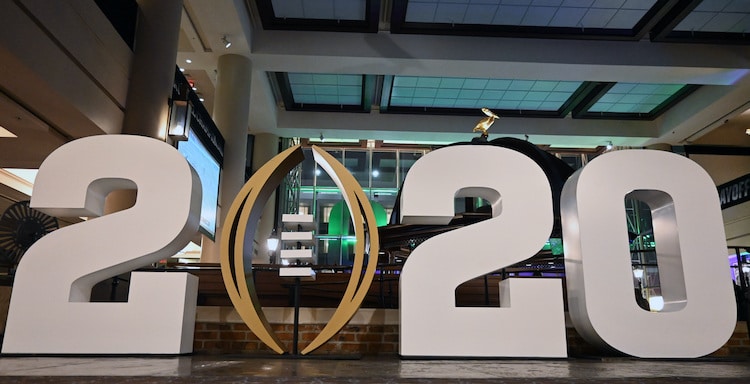 While four professional sports leagues and their members have signed numerous partnership deals with various sports betting companies over the past 2 1/2 years, the fifth losing plaintiff in the New Jersey sports betting saga – the NCAA – has been mostly hands-off.

Beyond that, there has been confusion in the U.S. gaming industry confusion about the NCAA’s philosophy on gambling in the wake of the May 2018 U.S. Supreme Court ruling that opened the door for all states to offer full-fledged, Las Vegas-style sports wagering.

But in an interview conducted online by gaming industry advisor Sara Slane at the Sports Betting USA & Investor Summit Thursday, an NCAA official helped clear up some issues.

First, Naima Stevenson Starks, vice president of hearing operations for the NCAA and its former deputy general counsel, addressed a recent partnership forged between the University of Colorado and the Denver-based PointsBet sports betting operator.

The deal, first announced in September, raised quite a few eyebrows given the NCAA’s hardline position against almost anything related to gambling. Would the NCAA step in?

“One of the things that this [legal sports betting] environment has done is created this sort of opportunity,” said Starks. “I’m not offering an opinion, since we don’t have any rules precluding that sort of relationship.”

Starks stressed that the NCAA based in Indianapolis maintains rules that are adopted by its members. The implication was that if member schools are interested in such agreements, that’s their business.

That’s even though the five-year, $1.6 million agreement features a $30 referral fee for every new customer that the university sends to PointsBet.

The Buffaloes athletic program will have the right whether to approve any PointsBet proposal to use a school athlete’s name or likeness.

PointsBet is guaranteed mentions on Colorado football radio broadcasts – including three 30-second commercials – as well a permanent field-level sign that will “receive TV visibility.” Banner ads on the university’s website also are part of the deal, as is a stand at school job fairs.

The NCAA and Congress

Starks also noted that there were “pretty concerted efforts” by the NCAA to pass federal regulations on sports betting shortly after the 2018 court ruling. U.S. Sens. Chuck Schumer, D-New York, and Orrin Hatch, R-Utah, introduced such a bill in September 2018.

The Sports Wagering Market Integrity Act (SWMIA) drew fire from across the gaming industry over a proposed requirement that operators would have to purchase “official league data” from sports leagues.

While Hatch has since retired, his Senate successor – former U.S. presidential candidate Mitt Romney – last year raised the possibility of taking on this cause.

But in the midst of a presidential election year amid a COVID-19 pandemic, comparatively inconsequential issues like sports betting regulation have had to take a back seat.

Starks said federal oversight still “would be most desirable” to the NCAA.

“We’re now a couple of years removed from [the bill], and I don’t know that momentum is necessarily there for it to be resurrected,” Starks conceded.

“But it’s something that should be on the radar,” she added. “One of the things the NCAA was supportive of was something at the federal level to make sure we wouldn’t have this state-by-state patchwork.”

NCAA – ready to move on

Starks acknowledged of the NCAA’s longstanding opposition to legal betting on collegiate sports: “That ship has sailed, so to speak.”

“Now we still have the opportunity to focus on two pillars that haven’t changed – the integrity of the competition, and the health and well-being of our student-athletes,” Starks added.

A key focus now, she said, is trying to persuade legislators not to allow “prop” betting,” such as if a player will make a field goal or a foul shot. Some states, such as Iowa, have obliged by instituting that prohibition.

Starks said that aside from the obvious fact that college athletes for the most part have very little money, their level of interaction with professors and fellow students is very different from a professional athlete who may have far fewer dealings with the general public.