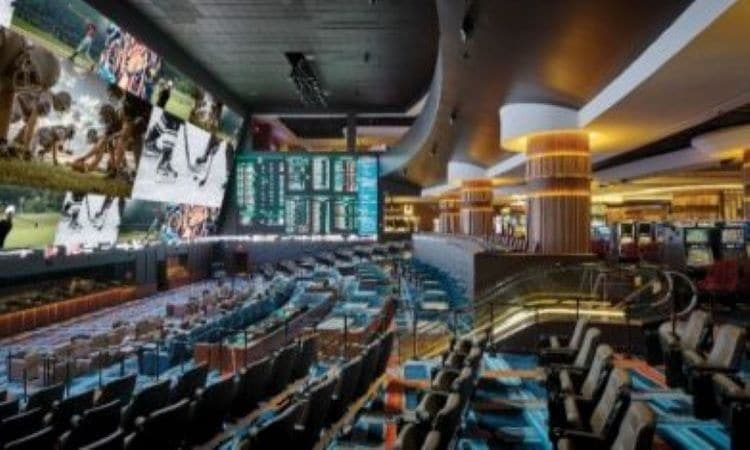 Each year, a contingent of influential legislators from top gambling states convene for two semi-annual meetings to discuss germane issues impacting the industry, as the states compare notes on effective policymaking initiatives across the sports betting ecosystem.

As with many leading organizations, the National Council Of Legislators From Gaming States (NCLGS) postponed its summer meeting in 2020 as the COVID-19 pandemic gripped the nation. While the NCLGS met in Chicago this past July, last week’s three-day event in Austin marked the organization’s first winter meeting since weeks before the first known cases of COVID-19 surfaced in the U.S. in early 2020.

In many respects, the U.S. sports betting industry is at a crossroads. While more than 30 U.S. states have legalized sports wagering, the nation’s four most populous states (California, Texas, Florida, and New York) do not offer mobile sports betting. Still, American Gaming Association President and CEO Bill Miller told a packed ballroom of state legislators, regulators, and lobbyists in a keynote address Dec. 13 that the rapidity with which sports betting has expanded across the U.S. has left him astonished.

A historic decision by the U.S. Supreme Court in May 2018 repealed the Professional and Amateur Sports Protection Act (PASPA), paving the way for jurisdictions to legalize sports betting on a state-by-state basis.

“I’ve never seen anything move fast as sports betting through the states,” Miller told US Bets. “To be able to go from May 2018 to where we are today with 126 million people being able to bet on sports is nothing short of remarkable.”

Miller made the comments from a ballroom inside the Hyatt Regency Hotel in Austin, a property located several miles from the Texas state Capitol. The Texas legislature will not reconvene until 2023, the earliest the state can legalize sports wagering. California, the nation’s largest state, is expected to have one or more sports betting options put before voters in an election referendum next year.

NEW: Texas Rep. @DanHuberty just gave the keynote speech at the @NCLGS gaming industry conference in Austin. His quote: “I really believe there’s an opportunity here to pass sports betting in 2023. If you present it to the voters in the right way, it’s gonna pass. It will pass.” pic.twitter.com/i3qtZqzbIs

Commercial sportsbooks are chomping at the bit to open shop in both of those states, which have nearly 70 million residents combined. Regardless of the inroads made over the last three years, the market will not approach full maturity until California and Texas become operational.

Here are five main takeaways from the 2021 NCLGS Winter Meeting.

Over the first three years of U.S. legalized sports betting, the states collectively brought in about $560 million in tax revenue from the activity. On one hand, the figure is impressive considering that the four biggest states do not allow customers to bet on sports from their phones at the moment. On the other, the influx of money into state coffers reflects the escalating tax rates on sports wagering, according to speakers of a PASPA panel at the conference.

“The tax rates continue to climb and have become astronomical,” said Brandt Iden, who serves as head of government affairs for Sportradar US. Iden, a former Michigan state representative, was sponsor of legislation legalizing sports betting in that state.

A 2017 study from Oxford Economics presented nine different long-term scenarios with annual state tax collections in the range of $600 million to $3.4 billion. Proponents of legal sports betting have continually harped on the need to recapture revenue from the illegal, black market. Under certain scenarios, it may take up to 10 years for the legal market to be on pace with the illegal facing one, some experts contend. Consequently, low-tax structures such as one in Iowa, which has an industry-low 6.75% tax on sports betting revenue among post-PASPA states, may produce a better success rate in pushing customers off the illegal market.

That 51% tax rate is going to be fascinating to watch. pic.twitter.com/wQjxiY8ept

Iden took exception with states that have attached a high tax rate to sports betting revenue from the outset, which he contends will stifle growth. He prefers a model where states help nurture the industry with a relatively low initial tax rate, before re-assessing the tax policies once the industry matures.

“Where else as a legislator do you kill the golden goose immediately?” Iden asked reflexively.

“New York is now officially a socialist gaming empire,” Pascrell said, while suggesting with such a rate, the state instead of the operators will own the books.

Speakers on a PASPA panel at #NCLGS have levied criticism at a host of states for "astronomical tax rates," on mobile sports betting, most notably a 51% tax in NY. NY is officially a "socialistic empire, it is lunacy," said Bill Pascrell III, partner at Princeton Public Affairs. pic.twitter.com/HXh8hxQbmR

Already, DraftKings CEO Jason Robins has opined that the private sportsbook should look to negotiate with New York state on a lower rate, suggesting that the nation-high 51% tax rate will be unsustainable.

As 2021 draws to a close, the industry continues to adapt to a sea change for official data after two major announcements over the last 12 months.

In April, Genius Sports completed a historic deal with the NFL that grants the data provider exclusivity on the distribution of the league’s official data feed to U.S. commercial sportsbooks. The deal, which could be worth at least $1 billion over the life of the contract, gives the NFL a 5% equity stake in Genius.

The NBA followed with a similar partnership in November, under which Sportradar will serve as the worldwide provider of the league’s official data platform to global sportsbooks. The league is also transitioning away from its previous non-exclusive agreement for data distribution in the U.S., beginning with the 2023-24 season.

As Miller gave his keynote address, reports surfaced of a grading error during the latter stages of Illinois State’s 81-71 basketball victory over Chicago State on Dec. 11. A scoreboard operator failed to add a made free throw by Illinois State in the final minutes of the second half, a game won by the Redbirds. The game went off at Illinois State -9.5 or -10 at several top sportsbooks.

Major grading errors call into question the necessity of official sports betting data, which in many cases, does not come cheaply for sportsbooks to purchase.

“Anytime you roll out a new business, in essence, with a new set of partners there’s going to have to be evolution. Not all the kinks will be worked out in the first year, or really years of sports betting,” Miller said. “The question with regard to official data, it matters in some respects. It usually matters most when speed is the most important piece – that’s where the leagues and teams made the strongest argument in terms of official data.”

At present, a handful of states have mandates on sportsbooks for official data, most notably New York. Other states with official data mandates include Michigan, Illinois, Tennessee, Virginia, and Arizona. The provision in New York allows operators to use an alternate data feed, at the discretion of the state gaming commission, if the feed passes the requisite suitability tests.

An interesting topic for the gaming industry to monitor into 2022 centers around the rise of iLottery in states that already offer iGaming, as well as sports betting.

Scott Bowen, senior vice president of government affairs at NeoPollard Interactive, spent nine years as the commissioner of the Michigan Lottery through 2016. While a so-called common wallet with access to iLottery and sports betting offerings is not yet available, Bowen is intrigued by the potential synergies from the disparate games.

“I see that as the future of some of these sites, where you have a supermarket to gaming,” Bowen told US Bets.

The iLottery industry is so busy trying to expand into new jurisdictions that the industry has not had ample time to research the potential cross-selling opportunities through sports betting, Bowen indicated. But the considerable “down time” in numerous sports, such as a backup of golfers at the Ryder Cup or a lengthy pitching change in baseball, provides opportunities for sports bettors to play a Powerball ticket or another lottery product, he noted.

In the not too distant future, Bowen envisions a major gaming operator such as BetMGM adding Powerball to its platform. Although it would take a lot of moving parts, including backing from states that offer Powerball, the technology is there for potential implementation, Bowen said.

4. A greater push for diversity

Another panel at the conference tackled issues related to diversity and inclusion in the gambling industry. The panel, titled “Select Committee on Inclusion and Diversity,” featured executives from FanDuel, Churchill Downs, and Seminole Hard Rock, among others.

Pascrell, who also advises the Seminole Tribe in Florida, called the panel the most important session of the conference. Pascrell urged top companies to hire and train minorities at a higher clip in order to foster diversity throughout the gambling industry.

“The fact that we’re talking about it is great, but what in God’s name are we doing about it?” Pascrell said. “It’s not only the right thing to do morally and ethically, it’s the smart business thing to do.”

5. Discussion of a federal framework

Several years have passed since a U.S. congressional subcommittee heard a spirited debate in September 2018 on the role of the federal government in regulating sports betting. Months later, the Senate saw introduction of a bipartisan bill, the Sports Wagering Market Integrity Act of 2018, containing a proposal to create uniform standards for the legal sports betting market.

The landscape for sports wagering has changed dramatically since then. One of the authors, former Utah Sen. Orrin Hatch, has retired. In the House, former Wisconsin Rep. Jim Sensenbrenner, a Republican who chaired the September 2018 sports betting hearing, has also left office. Meanwhile, New York Sen. Chuck Schumer, who sponsored the legislation with Hatch, has hardly addressed the possibility of a federal framework for sports betting since becoming majority leader this year.

Miller, for one, contends that at the end of the day, federalism works in leaving individual decisions to the states across the U.S. In a state like Utah or Hawaii where gambling has not been authorized, the decision on legalizing the activity should be up to the constituents of those states, he argues. As more states legalize sports betting, the need for a federal framework will become superfluous, according to Miller.

“My view is that when sports betting gets underway, the need for a federal construct that governs sports betting will become less and less relevant,” Miller told US Bets. “That was my position in January 2019 and that’s my view today.”

Photo: Courtesy of Circa Sports